Chelsea’s season comes to an end at Oxford 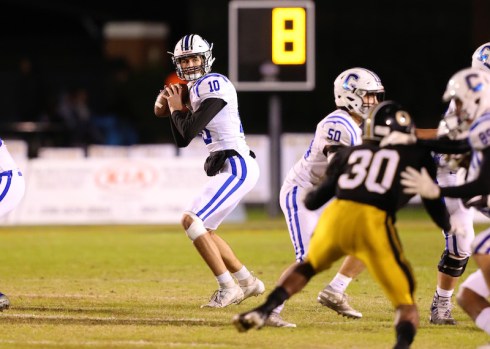 Chelsea quarterback Caleb Moore looks downfield for an open receiver during Chelsea's loss to Oxford in the first round of the playoffs. (For the Reporter/Robert Dean) 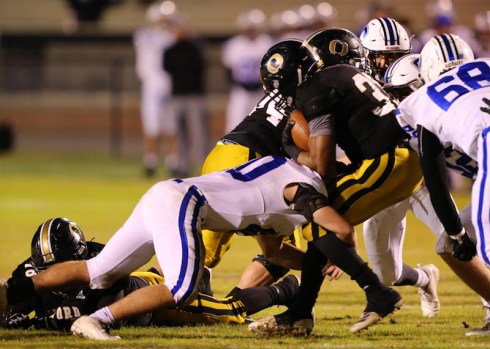 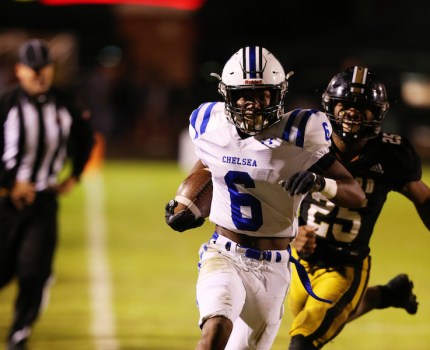 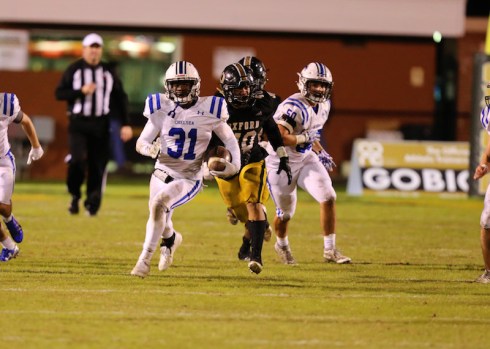 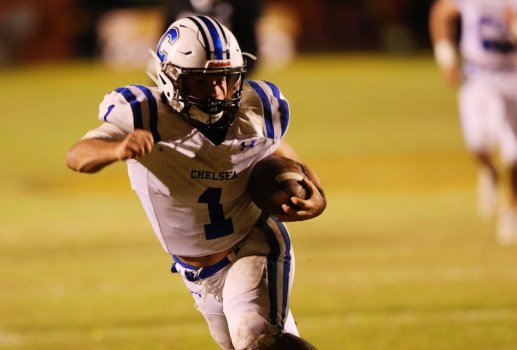 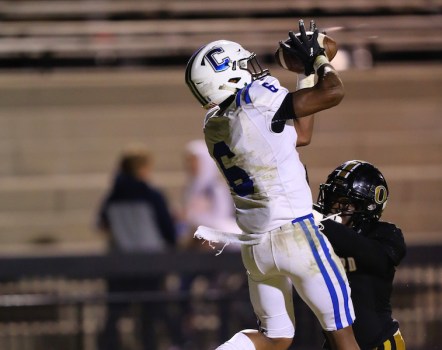 OXFORD – A season of growth for the Chelsea football program came to an end with a 55-14 loss on Friday, Nov. 8, at Oxford High School in the first round of the Class 6A state playoffs.

Chelsea won more games (five) this season than the previous two seasons combined (four), but a fourth seed in their region sent the Hornets on the road to play a perennial contender.

Oxford seized control early, racing out to a 20-0 lead in the first five minutes of the game, and the Yellow Jackets led 41-0 at halftime.

Down 48-0 in the fourth quarter, Chelsea got on the scoreboard as Michael Gibbs scored on a pass from Caleb Moore.

Gibbs scored the Hornets’ other touchdown minutes later on a 38-yard run.

Oxford will visit Cullman in the second round of the playoffs, while Chelsea will head into the offseason looking forward to the third year of coach Dustin Goodwin’s tenure.