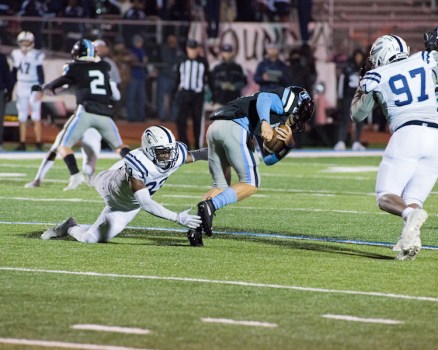 Helena was held to just 194 yards of total offense as Clay-Chalkville shutout the Huskies 17-0 in the first round of the Class 6A state playoffs on Friday, Nov. 8. (For the Reporter/Jeremy Raines) 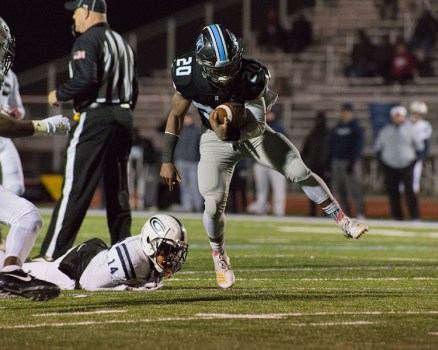 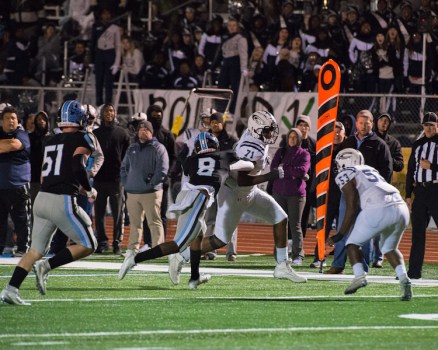 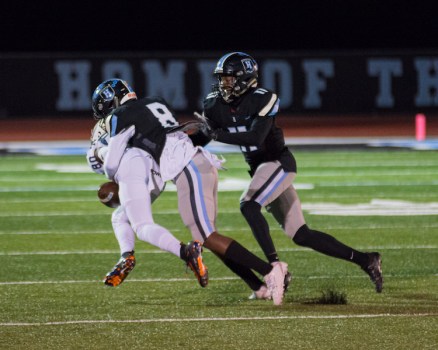 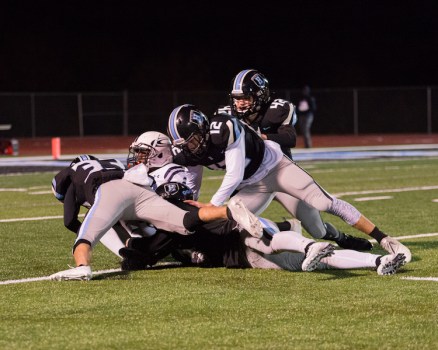 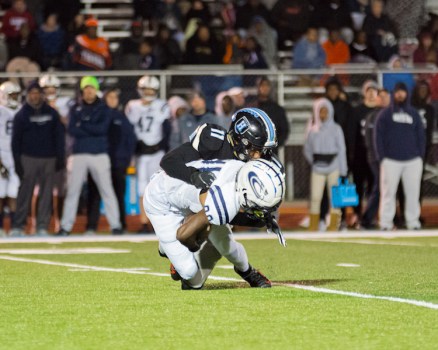 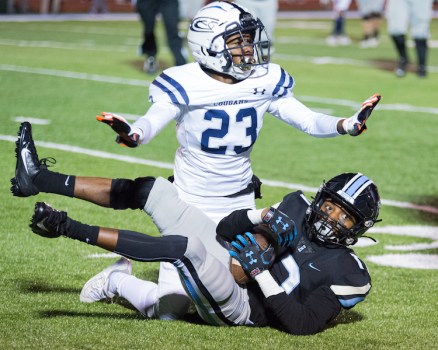 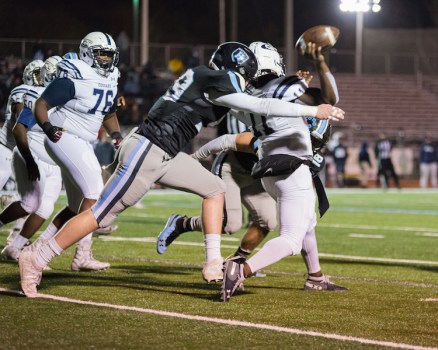 HELENA – A lost fumble on first and goal at the 1-yard line on Helena’s first offensive possession set the tone for what would be a tough night for the Huskies, as the visiting Clay-Chalkville Cougars pulled off a 17-0 win in the first round of the Class 6A state playoffs at Husky Stadium on Friday, Nov. 8 to end Helena’s season.

In Helena’s first trip to the playoffs since 2015, and the first time in school history after moving to the 6A classification, the Huskies couldn’t generate any momentum, finishing with just 194 total yards of offense against the Cougars after averaging 38.7 points per game during the regular season.

“We never recovered and that set the tone for the whole night,” Helena head coach Richie Busby said of the fumble at the goal line.

Although it was rough for Helena offensively, the defense came to play from the start as they forced a turnover on downs on the Cougars opening drive.

The Huskies longest drive of the night came on its first offensive possession as a mix of run and pass resulted in a 69-yard drive to the 1-yard line.

However, that’s where the fumble occurred as Helena quarterback Luke Stamba didn’t fully get the ball from the center as Clay-Chalkville recovered in the end zone for a touchback halfway through the first quarter.

After both teams traded several punts, the game was still scoreless when Helena’s defense made two big interceptions late in the first half.

The Huskies first interception was caused by pressure from Ethan Trimm and picked off by Zach Goodwin as the Huskies took over at the Clay-Chalkville 20-yard line.

Helena then faced a fourth-and-10 but had no choice but to go for it as senior kicker Logan Maloney tore his ACL at the beginning of the game and was unavailable to kick field goals. The pass fell incomplete and the Cougars regained possession with the game still tied 0-0.

On Clay-Chalkville’s next offensive possession following the stop, Helena came up with another interception, this time by Jabe Hildreth to give the Huskies another chance at points with 1:02 left in the first half.

After getting the ball to the Clay-Chalkville 34-yard line and time winding down, Stamba had no choice but to heave a ball to the end zone on fourth down where it sailed over everyone to bring the game to a 0-0 halftime score.

The Huskies couldn’t convert any points off turnovers and Busby knew it would hurt in the end.

“The defense turns the ball over for us two times in the first half and offensively we just did not get it done,” Busby said. “There’s no excuses or whatever except we just didn’t get it done. Our defense played well enough for us to win the football game and move on and they did a hell of a job.”

Clay-Chalkville finally broke the scoreless tie with 6:48 left in the third quarter as Jamichael Thompson took the ball and ran it in from five yards out to cap off a 59-yard drive to make it 7-0 Cougars.

Still trailing 7-0, Helena was hanging tough in the game as Clay-Chalkville missed a chance to extend its lead as a 30-yard field goal missed low and to the left with 1:14 left in the third quarter.

Unfortunately for Helena, the offense continued to sputter in the second half as the Huskies couldn’t establish a run game that had been so reliable in the regular season. Helena mustered just 105 yards rushing in the game as running back Marquise Johnson was held to just 66 yards on 17 carries.

But still, the Cougars held just a 7-0 lead with under eight minutes to play in the game when they finally made it a two-score game after a throwback pass set up a first-and-goal at the Helena 4-yard line.

On the next play, quarterback Damione Ward ran it in from four yards out to make it 14-0 Cougars with 7:29 to play.

Needing a score, Helena’s small chance at a comeback was taken away when Stamba lost the ball during his throwing motion that resulted in a fumble recovery at the 20-yard line for Clay-Chalkville. This resulted in a 28-yard made field goal to make it 17-0 to seal the win for the Cougars.

Despite falling short, Helena’s defense held Clay-Chalkville to just 249 total yards of offense and well short of their 29.7 points per game average.

“That’s a high scoring offense with a lot of weapons and they did a great job all night,” Busby said. “They did a heck of a job but our offense just didn’t carry their weight tonight.”

Helena finishes the season with a 9-2 overall record that included winning its first region championship in school history with a 6-0 record in Class 6A Region 5.

“Looking back, I know it’s hard now for these guys but to go 9-2, these seniors have zero to hang their head about,” Busby said. “They turned the program around and that’s a tough draw as a No. 1 seed and you play a team like Clay-Chalkville in the first round but give all the credit to them. They came in here and did what they needed to do and we just didn’t make plays tonight for whatever reason.”