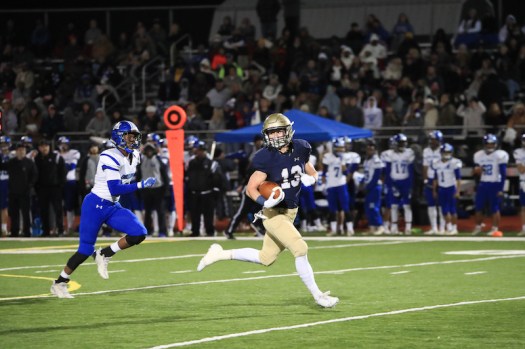 Briarwood running back Luke Reebals ran for four touchdowns to lead the Lions to a dominant win in the first round of the playoffs on Friday, Nov. 8. (For the Reporter/Dawn Harrison) 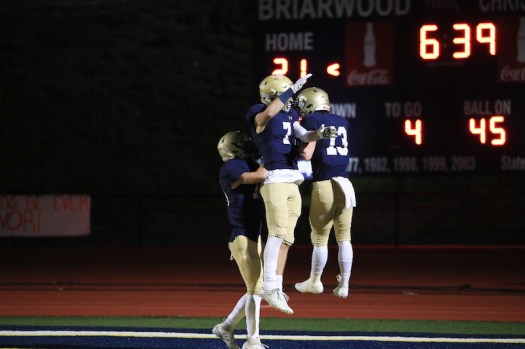 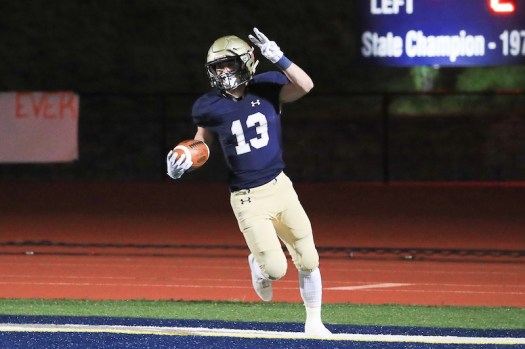 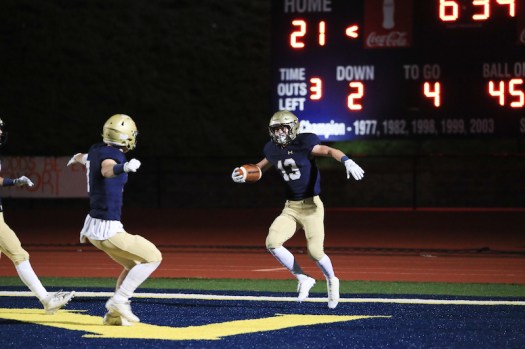 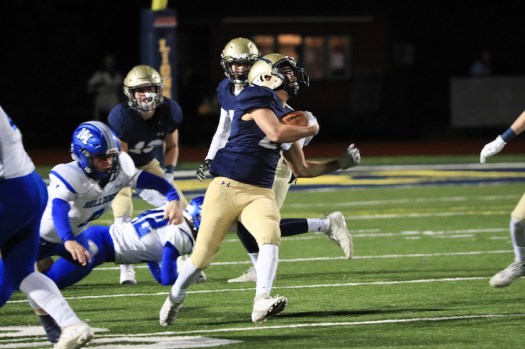 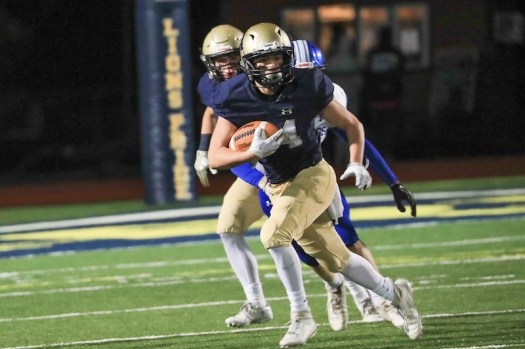 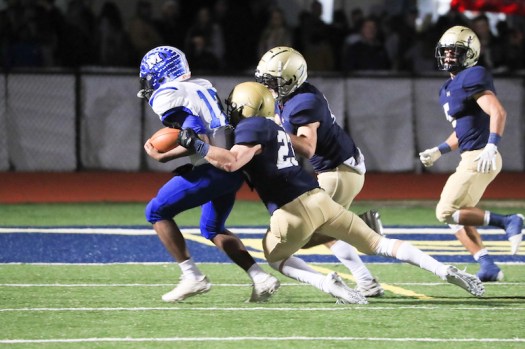 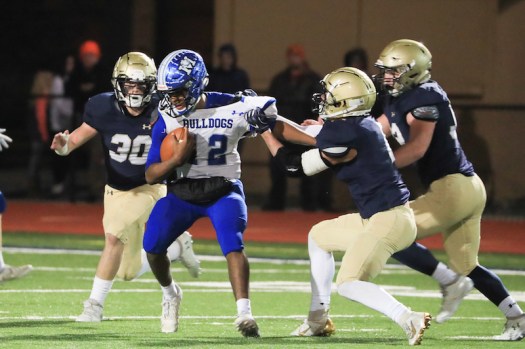 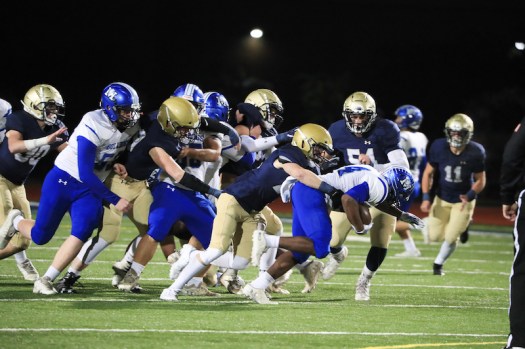 NORTH SHELBY – A four-touchdown night from sophomore running back Luke Reebals was more than enough to lift the Briarwood Lions to a 42-26 playoff victory against Marbury on Friday, Nov. 8.

The Lions, who came into the postseason matchups as winners of eight in a row and region champions, not only kept their season alive but gave head coach Matthew Forester a playoff win in his first season at the helm.

But the victory started much earlier in the day when Forester sat down to chat with former coach Fred Yancey, who racked up 59 playoff wins in his career.

“Got to talk with coach Yancey today,” Forester said. “We spent some time just talking and hanging out in the coaches’ office. We talked through our playoff maxims that he started over 20 years ago, so having the ability to carry on the legacy he started is still special.”

It was also special for Forester, who has now led the Lions to the second round of the playoffs in his first year, because of his close connection to Briarwood as a former player and graduate.

“People have been asking me how it’s going as the coach, and I tell them, ‘I see how (coach Yancey) did this for 29 years, this is the funnest thing you can be doing,’” Forester said with a chuckle. “It’s a blessing to be here and it’s a special place that is near and dear to my heart.”

And he couldn’t have been more thankful for the effort of Reebals, who had a career game as a sophomore.

Reebals reeled off touchdown runs of 21, 55 and 12 yards plus a 63-yard touchdown reception to post four of Briarwood’s six touchdowns in the game.

“We were really excited about him ninth grade year, but he broke his collar bone in the first game, so we didn’t really get him last year,” Forester said. “But man, we knew he was going to be a big time player and our offensive line opened up some massive holes. His ability to explode through there was really nice.”

The scoring actually started with running back Luke Prewett scoring on the opening drive after he and Reebals ran the ball on every play but one before Prewett capped the drive off with a 5-yard touchdown run after missing the last two-and-a-half games with an injury.

But from that point on it was the Reebals show, and a big reason why is the relationship he’s formed with Prewett and what he’s been able to take away from the three-year starter.

“Luke Prewett is really invested in him,” Forester said. “That’s a key part when we’ve got older guys invested in younger guys. That’s a special team where you have a team worried about the future legacy that they want to leave. It’s great to see seniors invest in sophomores.”

With Prewett also having played big minutes as a sophomore under former player J.R. Tran-Reno, he’s learned how to mold Reebals, and the Luke duo for the Lions has now become lethal.

“Oh my gosh, I love that dude,” Reebals said with a big smile. “He’s taught me everything. Literally everything I know, it’s because he taught me.”

Following that touchdown run from Prewett, Reebals picked up his first touchdown of the night on a 21-yard carry on the first play of the second quarter, which put the Lions up 14-0.

“Once I got that first touchdown, I started feeling really good because the holes were wide open,” Reebals said. “Playing the last few weeks has also helped me a lot. I was hurt all of last year, so getting to start the last two games has helped me hit a groove.”

After the game went into the half with Briarwood leading 14-0, Reebals came out in the second half ready to roll.

He scored his first touchdown of the half very early in the third quarter on a wheel route that saw him catch a ball on the run down home sideline for a 63-yard touchdown catch that put the Lions on top 21-0.

Marbury answered on the ensuing drive with two fourth-down conversions that made it 21-6 with 6:39 left in the third after a missed PAT.

But Reebals was in touchdown mode and picked up his third of the night on a 55-yard run on Briarwood’s next drive to put the Lions in front 28-6.

Less than five minutes later, he posted his fourth and final touchdown of the night on a 12-yard scamper to the end zone one play after a 30-yard run.

Briarwood went on to add one more touchdown on a punt that was narrowly blocked but instead went straight up in the air and came down right at the goal line where Chase Travis stood for a touchdown.

The Lions led 42-12 at that point, and held on for a 42-26 victory after the Bulldogs utilized kick returns late to make the final score seem closer.

Reebals ended the night with 200-plus all-purpose yards and four touchdowns, while Prewett got to rest a bit more still nursing his injury but still added a touchdown himself early in the game.

Briarwood will now hit the road to take on Jackson in the second round of the playoffs on Friday, Nov. 15.