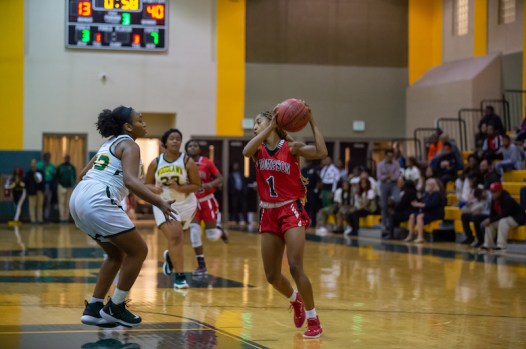 The Thompson Warriors started the Marty Smith era with a dominant 53-21 road victory against Woodlawn on Thursday, Nov. 7. (For the Reporter/Larry Dancy) 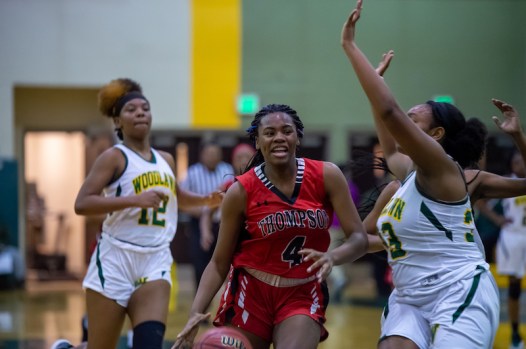 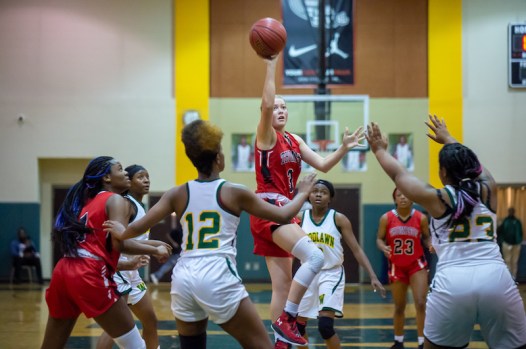 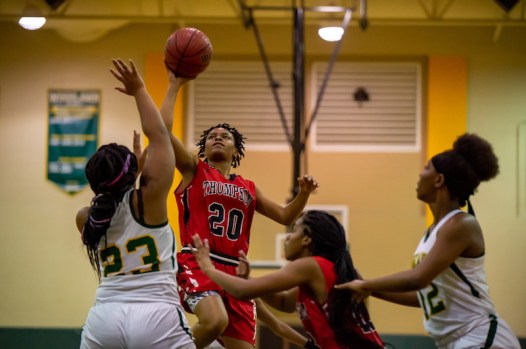 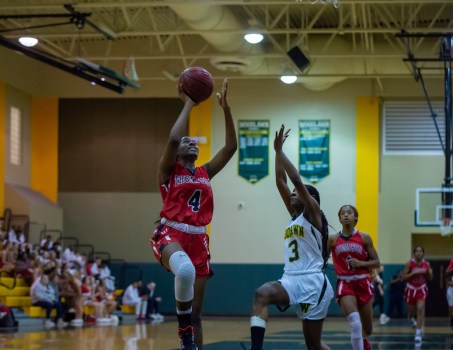 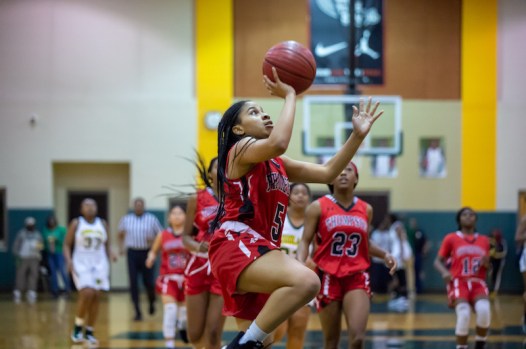 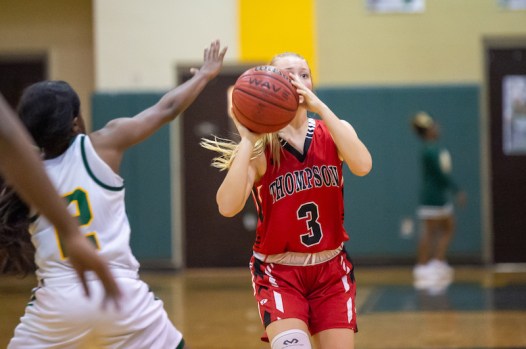 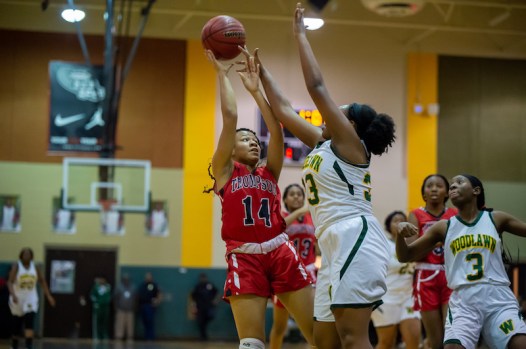 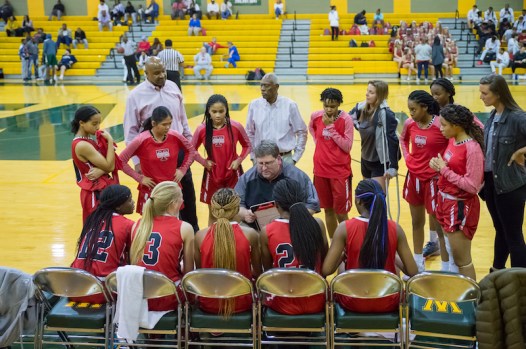 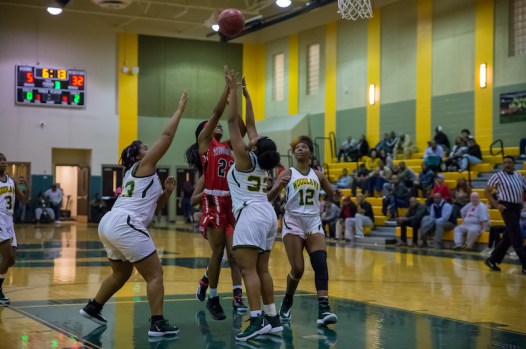 The win marked the first for Thompson under new head coach Marty Smith, as the Warriors graced his debut with a road victory and a 1-0 start to the 2019-20 season.

From the opening tip, Thompson showed its dominance on both ends of the floor with 15 first-quarter points behind six points from Malaysia Samuel.

That confidence on the offensive end also led to impressive play defensively, as the Warriors held Woodlawn to no baskets and one point in the opening period.

Up 15-1 heading to the second quarter, Samuel was just getting started on the offensive end. She poured in five more points in the second quarter behind one more made basket and three more free throws to finish the first half with 11 points and a perfect 5-5 from the free throw line.

Her consistent effort as well as four points from London Wooley and one 3-pointer apiece from Alayah King and Rhyan Edwards led to Thompson scoring 15 more points in the period.

Woodlawn, however, continued to struggle offensively. Thompson made the Colonels try to earn everything, and while the earned several trips to the free throw line, they were only able to make one of nine free throws in the quarter and two of 10 in the half.

That led to Woodlawn scoring just three points in the second quarter, which gave the Warriors a 30-4 lead at the break.

Coming out of the half, Thompson’s strong offensive effort continued with a third consecutive quarter of 15 points. The Warriors got six points from Alecia Reasor, four more from Samuel and four combined from Wooley and King.

The defense gave up its most points of the game in the period, but still limited the Colonels to just nine points, as the Warriors extended their lead to 45-13 heading to the final quarter of play.

That allowed Thompson to rotate more players in the final quarter, and while the Warriors only posted eight more points, they got players valuable experience and also limited the Colonels to just eight as well to close out the 53-21 victory.

Thompson was led by Samuel with 15 points, while Wooley added eight points and Reasor posted seven. The Warriors had eight different players score in the win.