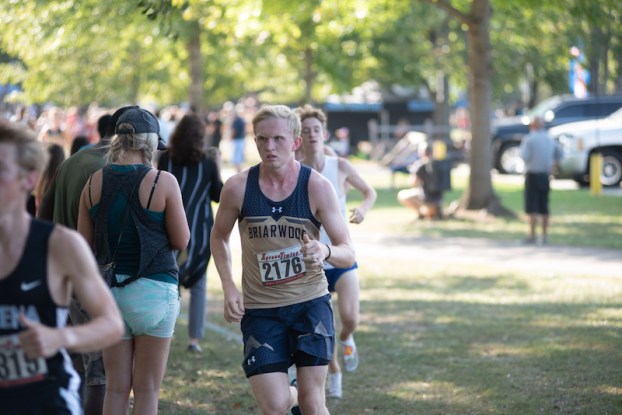 The Briarwood Lions finished third in both the boys and girls Class 5A cross country state championship races. (File)

OAKVILLE – Both the Briarwood boys and girls cross country teams were in exceptional form on Saturday, Nov. 9, as they hit the trails at Oakville Indian Mounds Park looking to bring home a Class 5A State Championship.

Joseph Bell was the highest finisher for the Briarwood boys after finishing the race with a time of 16:46.43 to claim the 12th position. Just five spots behind him was fellow junior Trent Malloy, who finished 17th with a time of 17:02.82.

Matthew Earnest, Luke Thompson, Patrick Hnizdil and Luke Baldwin were the final top 50 finishers, while Joseph Hopkins was one spot outside of that in 51st.

County has many finish in top 20 of 6A State Meet

By ALEC ETHEREDGE | Sports Editor OAKVILLE – Brady Barton and Teanna Cason have been constant figures inside the top... read more