County has many finish in top 20 of 6A State Meet 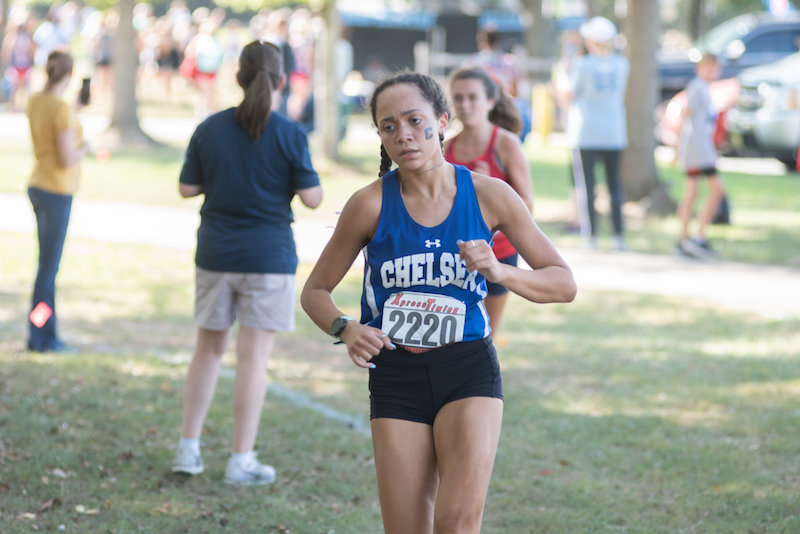 Chelsea’s Teanna Cason was one of the county’s highest finishers at the 2019 Class 6A cross country state championship meet. (File)

OAKVILLE – Brady Barton and Teanna Cason have been constant figures inside the top 10 of cross country races this season, and at the 2019 Class 6A State Championship meet held at Oakville Indian Mounds Park on Saturday, Nov. 9, both ended the season inside the top 10 as well.

Barton, a junior at Helena, finished fifth with a time 16:11.34; while Cason, a senior at Chelsea, finished seventh in the girls standings behind a time of 19:34.72.

That concluded a season for both runners that featured a combined 16 top 10 finishes out of 19 races this season. Barton finished no lower than seventh during the season and had three wins on the season, while Cason had one win and three top three finishes.

Those were two of five strong top 20 finishes for local runners in the championship meet with Helena’s Ana Waters and Madison Tsimpides finishing 12th and 15th, respectively, in the girls’ race, while Chelsea’s Miles Brush finished 16th in the boys’ race.

In the boys’ race, Helena had a strong team showing with a fourth-place finish thanks in large part to six more runners finishing inside the top 50 behind Barton.

Behind that, Gage Pritchard, Tyler Darden, Aspen Warren and Edan Jamieson all finished inside the top 50.

In the girls’ race, Pelham’s Brooke Monti finished in 27th with a time of 20:42.89, while Chelsea’s Avery Thompson finished in 36th to close out local top 40 finishers.