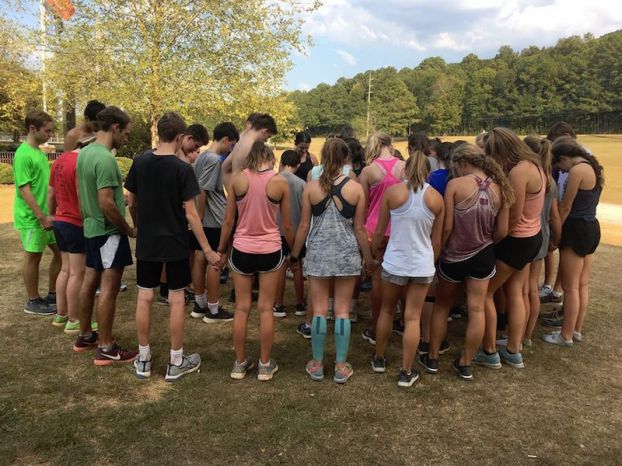 The girls came in having won the last two state championships in a row, and while they didn’t pull off the three-peat, the Knights were able to finish second in the team standings behind six top 30 finishers.

While the boys finished lower in seventh, they also had two top 30 finishers.

Hannah Adams was the highlight of the day behind her finish of third in the individual standings thanks to a time of 19:47.57. Outside of her, Rachael Whitley and Arden McCullough finished inside the top 20.

The strong performance from the girls saw them post a score of 73, which was just shy of Saint James’ score of 60 points to claim the championship. The only difference was three top 10 finishers for Saint James.

Arjun Varadhan and David Haskins were the two top 30 finishers on the boys’ side. Varadhan finished in 15th with a time of 17:28.72 to close out his senior year, while Haskins finished with a time of 18:06.49 to take home 30th.

In the team standings, the Knights’ boys claimed seventh with 178 points, while St. Michael Catholic High School won the title with 71 points.

Westminster at Oak Mountain girls hoping to “Finish” this season