Chelsea girls off to 2-0 start 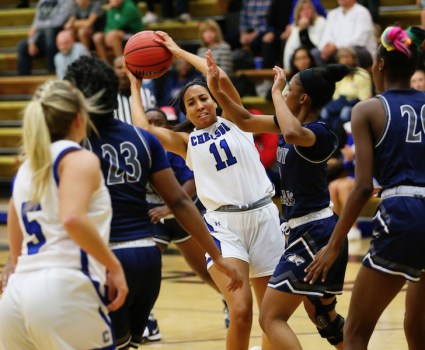 Chelsea’s Jordan Parker led the Hornets with 14 points in a 39-23 win over Clay-Chalkville on Tuesday, Nov. 12. (For the Reporter/Robert Dean) 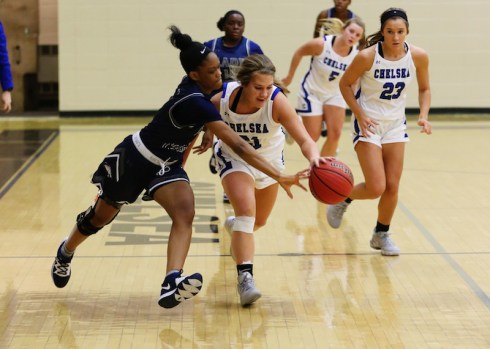 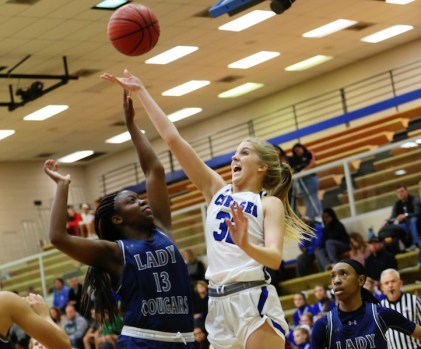 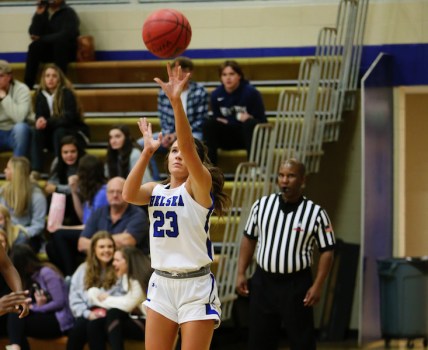 CHELSEA – For the first time since the 2016-17 basketball season, the Chelsea girls are off to a 2-0 start after a strong defensive effort led to the Hornets’ second win in a row on Tuesday, Nov. 12, against Clay-Chalkville.

Chelsea’s defense limited the Cougars to eight points or less in every quarter of the game, while the Hornets outscored the visitors 28-9 between the second and third quarters.

In the opening quarter of the game, the two teams battled to a 6-6 tie behind two 3-pointers from each squad. Chelsea got two threes from Sydney Schwallie in the frame, while Clay-Chalkville got one from Khali Johnson and Aukelvah Tellis.

In the second quarter, however, the Hornets busted the game open behind a stellar period from Jordan Parker. The senior posted nine points in the frame thanks to three made field goals, including a 3-pointer, and a 2-3 mark from the free throw line.

They also got two free throws from Pressley Rains and two points from Sophia Brown, while the Cougars could only muster seven points in the quarter.

With the strong showing, Chelsea was able to claim a 22-13 halftime lead.

Having shifted momentum in the game, the halftime break did nothing to slow the Hornets down. The defense came out in the third quarter and played its best period of the game by limiting Clay-Chalkville to two points.

In addition to the strong effort on the defensive end of the floor, Chelsea got five more points from Parker, another 3-pointer from Schwallie and four combined points from Rains and Ellen Fleming to post 12 points in the frame and extend the lead to 34-15 heading to the final quarter.

Looking to keep the Cougars from coming back, the Hornets slowed the pace a bit in the final quarter, which led to a low-scoring period with just five point from them. Clay also struggled to gain any momentum in the period and posted just eight points, which wasn’t nearly enough to overcome the 19-point deficit.

Parker finished the game with 14 points, while Schwallie added nine points. Rains and Fleming both posted four points in the win.