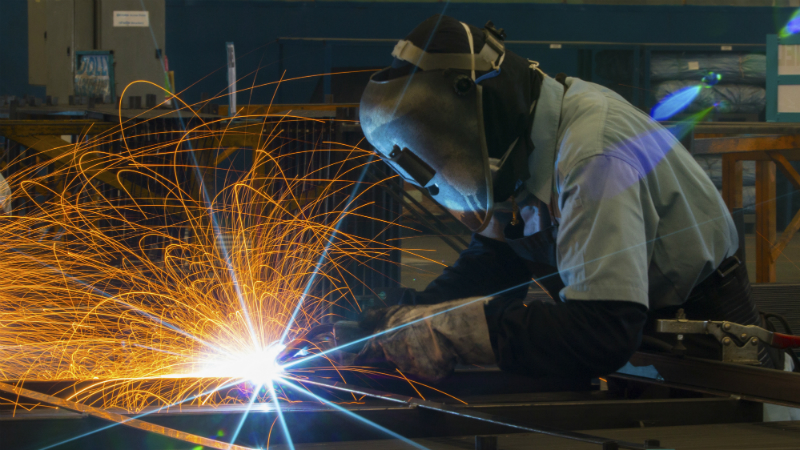 Alabama Gov. Kay Ivey announced on Wednesday, Nov. 13, a $280,000 grant “to equip Alabamians with the skills needed to gain employment in the state’s growing economy,” according to a press release.

The funds from the Appalachian Regional Commission will help the JSCC construct a 5,026-square-foot facility at its Shelby-Hoover Campus and expand its welding technology program.

The expansion will help meet the growing demand for welders throughout Alabama, particularly in the state’s growing automobile manufacturing industry.

“Alabama’s robust economy is calling for skilled workers, particularly in the welding profession,” Ivey said. “I am thankful that Jefferson State Community College is helping us meet our workforce demand, and I am particularly grateful to the Appalachian Regional Commission for being a strong partner in helping Alabama to grow and prosper.”

The new facility will house a welding shop, lab and classroom. The upgraded program is expected to train students from Shelby, Chilton, Jefferson and St. Clair counties.

The Alabama Department of Economic and Community Affairs is administering the grant.

“ADECA shares Governor Ivey’s vision of helping Alabama produce a capable workforce to meet the demands in our state’s growing economy,” ADECA Director Kenneth Boswell said. “Governor Ivey is also keenly aware that for anything to be successful you need willing partners, and Jefferson State Community College and the Appalachian Regional Commission both meet that criteria.”

ARC is an economic development agency of the federal government and 13 state governments. The agency’s mission is to innovate, partner and invest to build community capacity and strengthen economic growth in Appalachia to help the region achieve socioeconomic parity with the nation. Thirty-seven Alabama counties, including Shelby County, are part of the ARC region and eligible for funds.

The city of Hoover donated about 4 acres of property on which the lab will be built—adjacent to the campus’ Health Science Building.

The Shelby-Hoover Campus is Jefferson State’s largest with about 5,000 students, but the welding program that will be instituted along with the opening of the lab will be the campus’ first technical education program.

There are welding programs at Jefferson State’s Jefferson and St. Clair campuses.

No timeline has been adopted for construction, but Jefferson State officials plan on admitting students into the welding program in fall 2020, Robinson said.

Students write V-Mails to WW2 soldier in honor of…