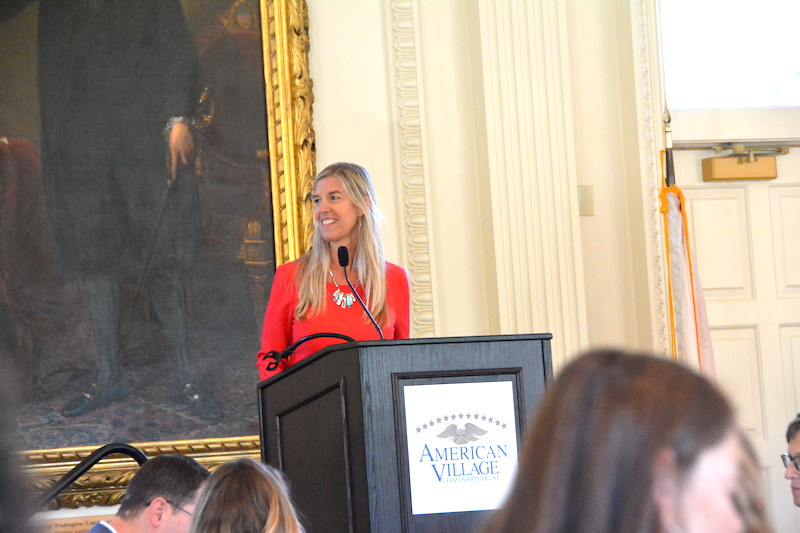 WASHINGTON, D.C. – Montevallo Mayor Hollie Cost was selected as one of 15 leaders from across the country to join the NewDEAL (Developing Exceptional American Leaders), a selective national network of state and local elected officials.

Members of the 165-plus-person network are working to enact pro-growth progressive solutions in a diverse array of communities, and have been chosen from among more than 1,500 nominations over the organization’s eight-year history.

Cost and her peers in the new class of leaders (listed below) were recognized for their unwavering commitment to expanding opportunity, as they work to move their communities forward in the new economy and reject the idea that policymakers can or should want to turn the clock back to a prior era.

These leaders’ work will help build on policy recommendations that NewDEAL Leaders help develop, including proposals from the NewDEAL Forum Future of Work Policy Group, and the upcoming release of work by the Climate Change Policy Group that launched earlier this year.

“While much of the political world is focused on the balance of power in D.C., we must also remember the tremendous impact that innovative state and local officials have on enacting policies that meet the demands of a changing world and expand opportunity for all,” said Warner and Markell. “Supporting the rising leaders in the NewDEAL has never been more important. We look forward to promoting the work of Mayor Cost and giving her the opportunity to learn from other leaders as she joins a network with a proven track record of governing successfully in diverse communities.”

NewDEAL Leaders have found broad support for their work, with 100 percent winning re-election races in 2018 and 2019, across red, blue and purple states, and more than 15 elected to higher office during that time.

Additional leaders will be on the ballot for U.S. House and Senate in 2020.

“As we continue to build on our progress on mobility, education, and nondiscrimination efforts in Montevallo, I look forward to sharing the lessons we have learned and hearing from other leaders who are setting the standard for effective governance,” Cost said. “I’m excited to be a part of this new class and to work with them on NewDEAL’s efforts to expand opportunity in communities nationwide.”

Since taking office in 2012, Cost has been committed to improving the lives of Montevallo residents by prioritizing sustainability, advocating access to early childhood programs, and promoting youth empowerment and education.

She was selected to join NewDEAL in part because of these initiatives to make Montevallo a more attractive place to work, live and raise a family, including her innovative work on transit and recycling, as well as accessibility and beautification of the city, which can attract more economic activity.