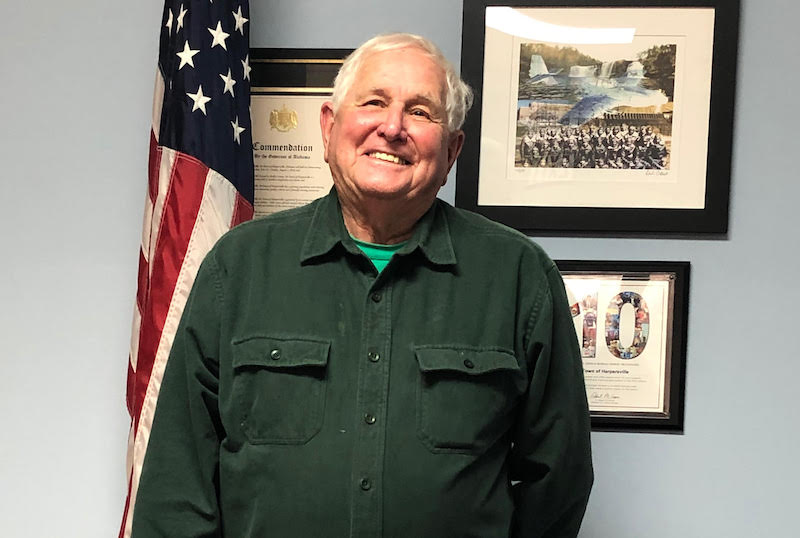 Harpersville Mayor Don Greene received an award for his community service at the Alabama Senior Hall of Fame ceremony this year. (Contributed)

A member since 2012, Don Greene was presented the RSVP Award at the State of Alabama Senior Hall of Fame Ceremony on Aug. 18.

Greene, 82, pours most of his time and energy into his role as mayor of Harpersville.

When asked about his hobbies and any special interest he has, he said, “I don’t have time for that.”

He has dedicated his life to public service with his 32 years as administrator with the Alabama National Guard Armory in Vincent.

Following his retirement from the National Guard, he spent a decade as director of the Shelby County Emergency Management Agency.

Greene was instrumental in the development of the new library facility in Harpersville, which is handicap accessible and caters to the service and needs of senior citizens.

He also established the first senior center in Harpersville.

He helps out wherever he can “as time allows,” he said.

A Vincent native, Greene has been married to his wife, Judy, for 57 years.

They have two sons, a grandson and five granddaughters.

From the days when his sons were children when he was their baseball league coach, Greene said he has been active in the community for decades.