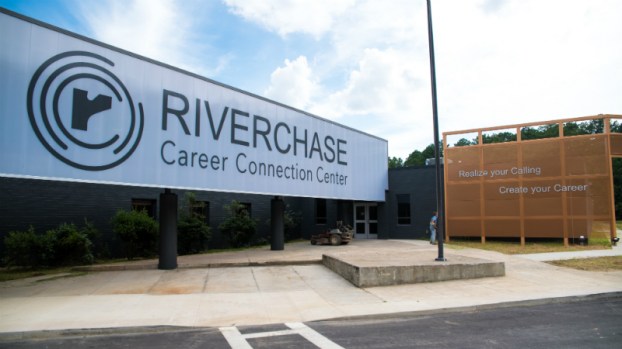 HOOVER – Hoover City Schools did not have to use as much of its reserve funds as planned for renovations to Riverchase Career Connection Center, Chief School Financial Officer Michele McCay told the Board of Education at its meeting on Tuesday, Nov. 12.

Original projections were for the system to use $14.8 million of its reserves to renovate RC3 and for other capital projects, but instead $10.3 million was used, McCay said as part of a fiscal year-end financial presentation.

Superintendent Kathy Murphy said officials made the decision to use reserves for the projects instead of incurring debt.

“We could have borrowed money and presented to you a budget that was actual revenue to actual expenses; we could have demonstrated that balance,” Murphy told the Board. “It doesn’t make sense to go out and borrow money to renovate RC3 when there’s adequate reserve money to be able to do that.”

Helping with the capital projects were increased tax receipts.

Ad valorem tax revenue, which includes property and automobile taxes, increased $2.16 million over projections, and sales tax receipts were up $54,000.

Murphy said the funds used for RC3 were appropriate for what turned out to be a “fabulous facility.”

“I know sometimes we think, ‘Oh my goodness, we put lots of money into that building,’ and we did, but I think the dividends to be paid in the long-term, and the end results on the impact on our students, will certainly be worth that investment,” Murphy said.

The Board of Education also heard about a grant that will help implement adult training classes at Riverchase Career Connection Center.

RC3 Director Ron Dodson told the BOE about the $445,000 grant from the Alabama Construction Industry Craft Training Board.

The funds must be expended this fiscal year, Dodson said.

ACICTB selected RC3 for the grant because of its potential for providing adult training, Dodson said.

Also, the Alabama Associated General Contractors will provide $150,000 for the center in in-kind services.

Programs that will benefit from the contributions include electrical, equipment operation, HVAC, carpentry and welding.

FROM STAFF REPORTS More than 100 high school students from throughout Alabama got a chance to learn more about the... read more