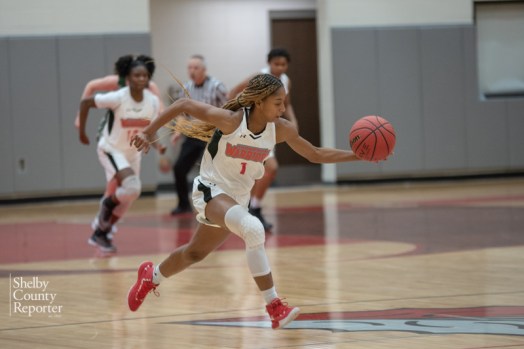 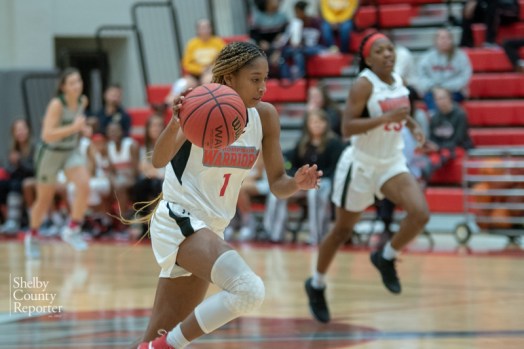 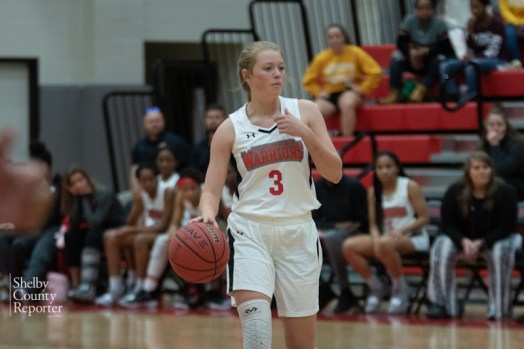 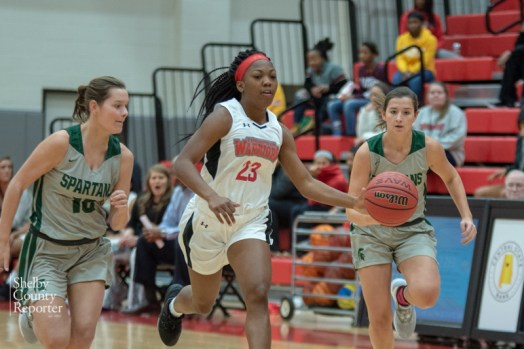 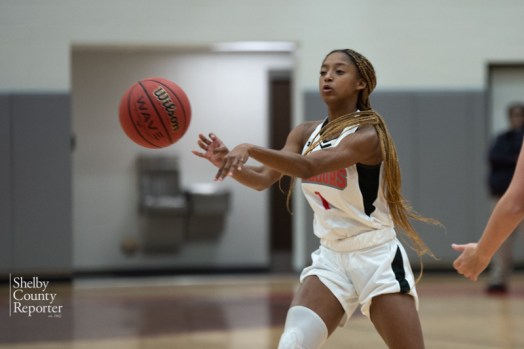 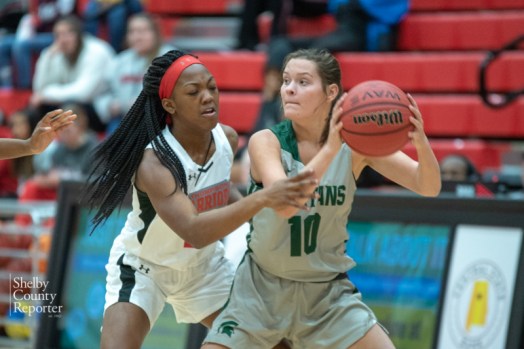 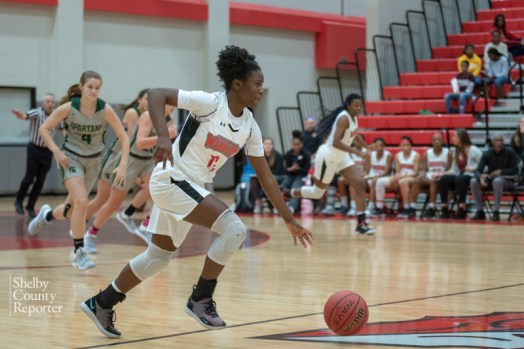 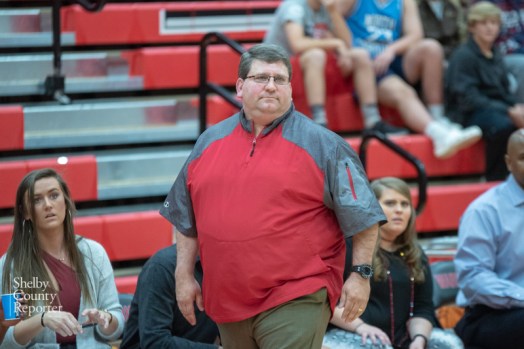 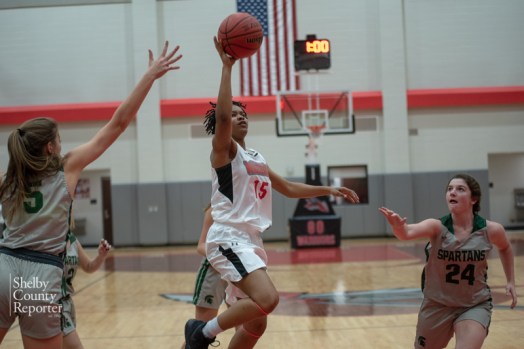 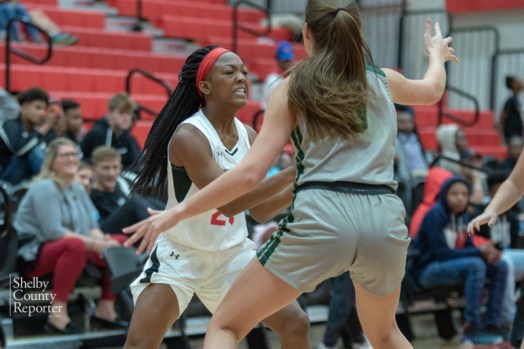 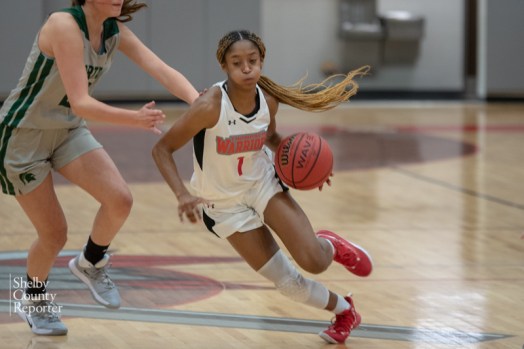 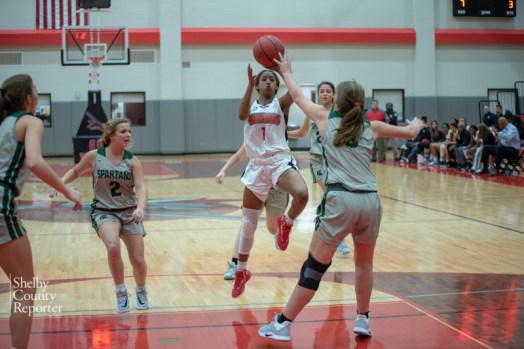 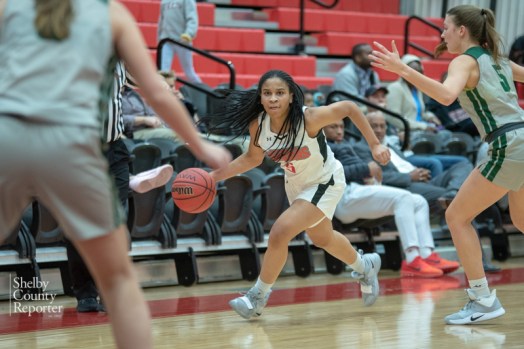 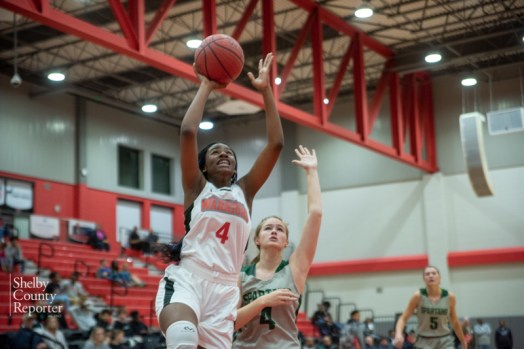 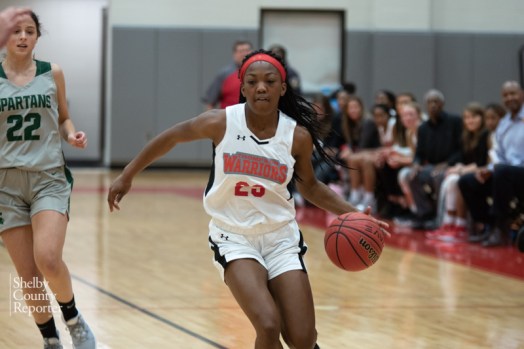 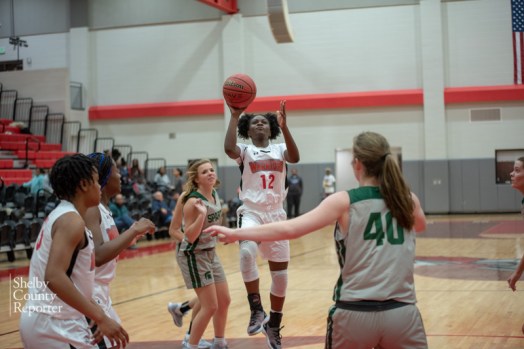 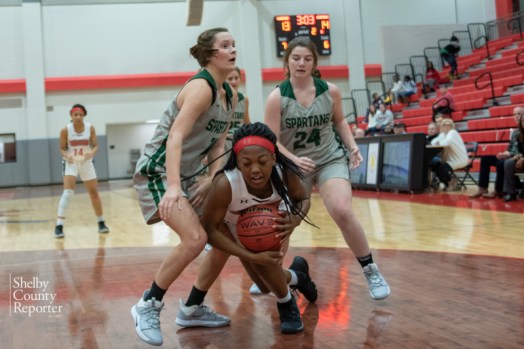 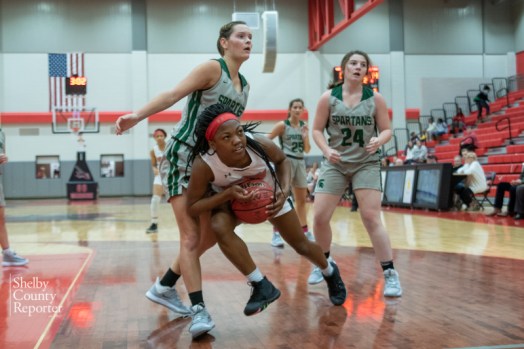 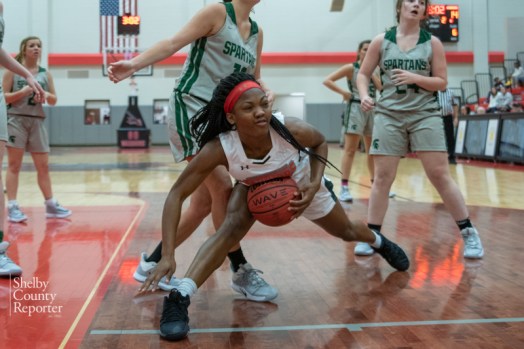 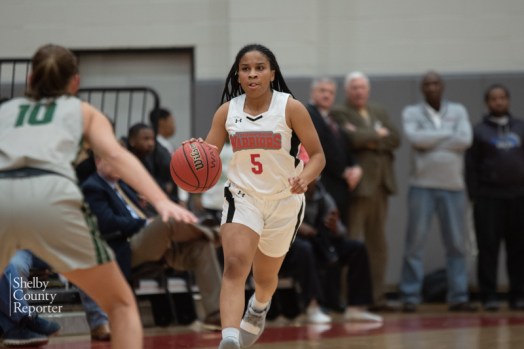 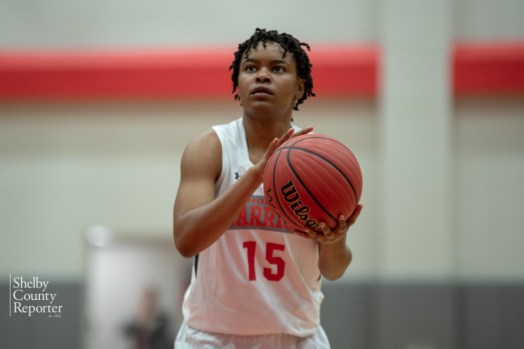 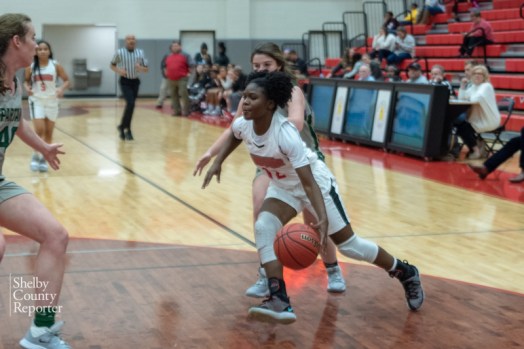 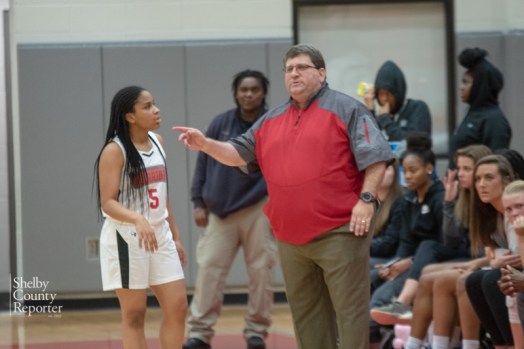 ALABASTER – In their home opener to the 2019-20 season on Thursday, Nov 14, the Thompson Warriors were unable to overcome strong play from the Mountain Brook Spartans in the second and third quarter and fell 52-35.

Between the second and third quarter, the Spartans put together 34 combined points and outscored Thompson 34-15 to pull away for the win.

In the opening quarter of the game, Thompson found a rhythm between London Wooley, Lindsay Cook, Malaysia Samuel and Zyon Gaiters, as each helped the Warriors post five field goals for 11 points in the period.

The Spartans weren’t too far behind, however, thanks to making three of their five free throws as well as three field goals for nine points in the opening period.

But Thompson was extremely efficient and protected the ball, which gave the Warriors an early advantage.

In the first 20 seconds of the second quarter, however, the momentum shifted in a hurry. It started with a made 3-pointer from Harriett Adams and continued behind a strong defensive effort.

Thompson struggled to handle Mountain Brook’s pressure in the quarter and never seemed comfortable, which led to several turnovers. Not only were the Spartans able to take advantage of the turnovers and missed shots, but they did so with three 3-pointers in the quarter.

The Warriors, on the other hand, were only able to knock down one field goal and went 1-5 from the free throw line, which led to a 15-3 run in the quarter and a 10-point 24-14 halftime lead.

Mountain Brook had completely shifted the momentum of the game with that second period and the halftime break did nothing to slow the Spartans down.

They came out and continued their strong play with a 16-2 run to open the third quarter, which brought their run to 31-5 dating back to the start of the second quarter, which gave them a 40-16 lead.

Thompson was able to end the run on a Alecia Reasor 3-pointer and hit another 3-pointer from Wooley at the buzzer that banked in, but the Warriors still trailed 43-26 heading to the final quarter.

Early in the final quarter, Thompson showed some fight and looked much more like the team that started the game so strong. The Warriors got back-to-back 3-pointers at one point, which cut the once 24-point deficit to just 11 points at 45-34 with six minutes to play.

The Warriors were rebounding better and weren’t turning the ball over as much, but from that point forward, they couldn’t get another ball to go down.

The rest of the way, Thompson only managed one free throw and no field goals, which led to the final score. While the Warriors struggled for a while, they did finish stronger in the final minutes of the third quarter and the early minutes of the fourth quarter.

Thompson was led by eight points apiece from Wooley and Lindsey Cook. Mountain Brook ended up with nine points from Ann Vandevelde and eight apiece from Helen Dorough, Adams and Ellie Dayhuff.