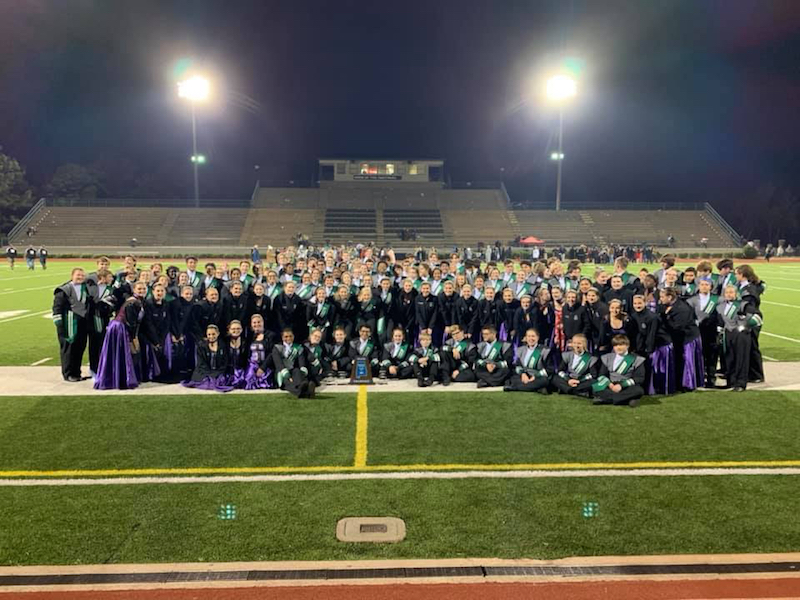 The Pelham High School Marching Band won the 6A state championship on Saturday, Nov. 2, at the Alabama State Marching Championships.(Contributed)

PELHAM – The Pelham High School Marching Band has been awarded a 6A state championship after a stellar performance in the Alabama State Marching Championships on Saturday, Nov. 2.

The Panthers, consisting of around 145 band members, became Alabama State Marching Champions with an overall score of 92.72, edging out second place Muscle Shoals, who finished with a score of 92.38.

Pelham High School Director of Bands Justin Ward said band directors around the state have been trying to develop the State Marching Championships and grow the competition. The event has now more than doubled in size, as he was pleased with how Pelham competed against four other schools in the 6A championship.

“Relative to our performance, we placed second last year behind Muscle Shoals and we used it as motivation to get ready this year,” Ward said. “We saw overall improvement in band and placed first in several classifications.”

The show was judged by a neutral out of state judging panel who then gave scores for each category.

“I think it went well for us to host a competitive event on our campus,” Ward said. “There was a learning curve but the stadium was completely filled and we had over 4,000 people on campus for the competition. At the same time, Hoover had just as many people if not more. It was just cool to see that 8,000-10,000 people came out to support music education.”