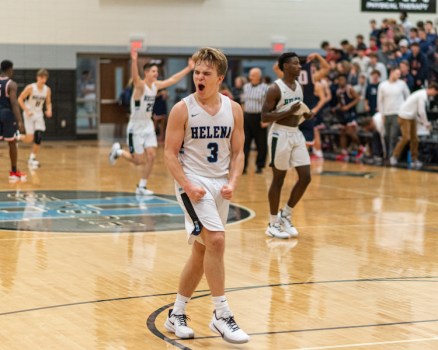 Helena's Caden Pierce (3) led the Huskies with 18 points in a 47-45 overtime win over Oak Mountain on Nov. 19. (For the Reporter/Jeremy Raines) 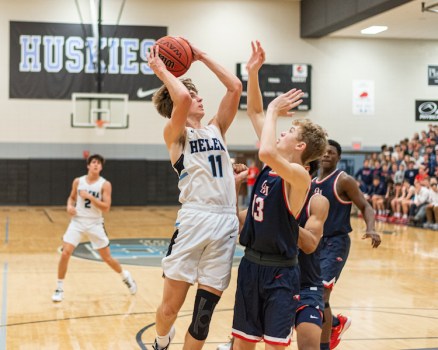 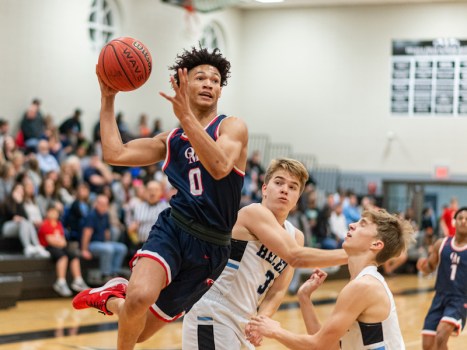 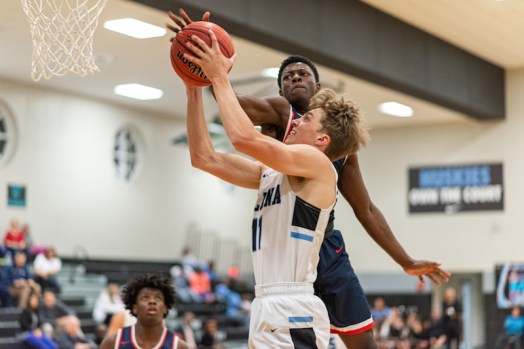 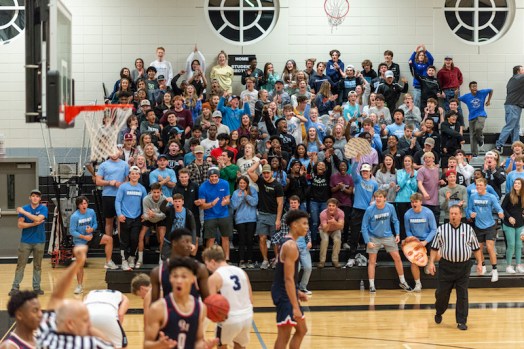 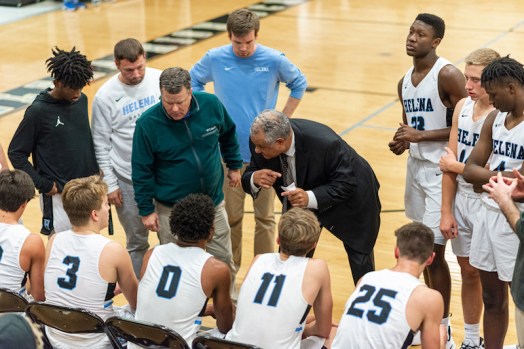 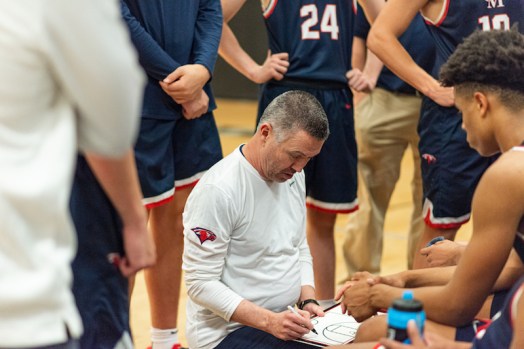 Helena trailed the Eagles for three quarters but rebounding, clutch foul shooting and a never quit mentality helped the Huskies push the game to overtime where they took care of business on their home floor.

“We started rebounding the ball a little bit better and I don’t know, it seems like the guys locked in a little bit and were trying to get to their shooters,” Helena head coach Billy Grant said. “They had a couple of kids make some big shots but the guys rebounded everything in that fourth quarter and overtime. The guys hung in there and made some big free throws late when we had the chance.”

Helena trailed for the majority of the game until finally taking the lead on a bank-in 3-pointer from Andrew Fortson with 3:12 left in the game to give the Huskies a 33-32 lead. Fortson finished as the second leading scorer for Helena with nine points.

Nearing the end of regulation, Oak Mountain’s Zane Nelson stepped to the free throw line with a chance to put the Eagles up three but both shots were missed. Nelson tied Pierce as the leading scorer in the game with 18 points, but he also went just 2-for-10 from the foul line. As a team, the Eagles shot just 40 percent from the foul line.

Trailing by one with 30 seconds left, Pierce sank a free throw for the Huskies to tie the game at 34 with 1:15 remaining in regulation.

After a defensive stop, Helena got the ball back with a chance to take the lead late but Brody Moss’ go-ahead 3-pointer barely rimmed out with 30 seconds left as the Eagles got the rebound with their own chance to win.

The Eagles got three decent looks at the basket with time winding down but Helena stood tall on defense to send the game to overtime tied 34-34.

In overtime, both teams came alive offensively combining for 24 points in the four-minute period.

Oak Mountain was able to hit three 3-pointers in overtime but the difference was Helena’s ability to make free throws.

In overtime, Helena was 9-of-13 from the foul line with Moss going 5-of-6 in overtime alone.

Leading 47-45 with 4.5 seconds left, Oak Mountain’s Nelson attempted a shot from well beyond half court off a missed free throw for the win, but it sailed to the left as the Huskies hung on for the come from behind win.

“It’s a team effort and I think we played nine guys, which is a lot of guys to play in a basketball game,” Grant said. “They all contributed so I was pleased with that.”