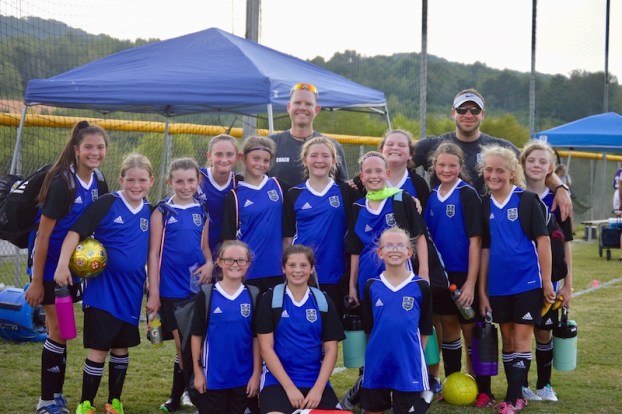 The Helena U12 Girls Soccer team went 7-1 and clinched the championship in the recreational division of the Alabama Soccer Showdown tournament. (Contributed)

HELENA – The Helena U12 Girls Soccer team recently wrapped up another successful regular season and also translated that success to the postseason.

During the 8-game regular season against opponents from around the Birmingham area, the team encompassed an impressive 7-1 record. This, combined with the two previous seasons, brought the Helena U12 record to 22-2 over the last three seasons combined.

In addition to regular season games through the Central Alabama Soccer League, this group of girls were dominant in tournaments they played in.  Most recently, on the weekend of Nov. 16, the girls clinched the championship in the recreational division of the Alabama Soccer Showdown tournament. In this tournament, the Helena team pitched shutouts in two of the three games played and outscored their opponents a total of 13-2.

By GRAHAM BROOKS / Staff Writer HELENA – Using an inside presence from Hannah Edwards and outside shooting from Abi... read more