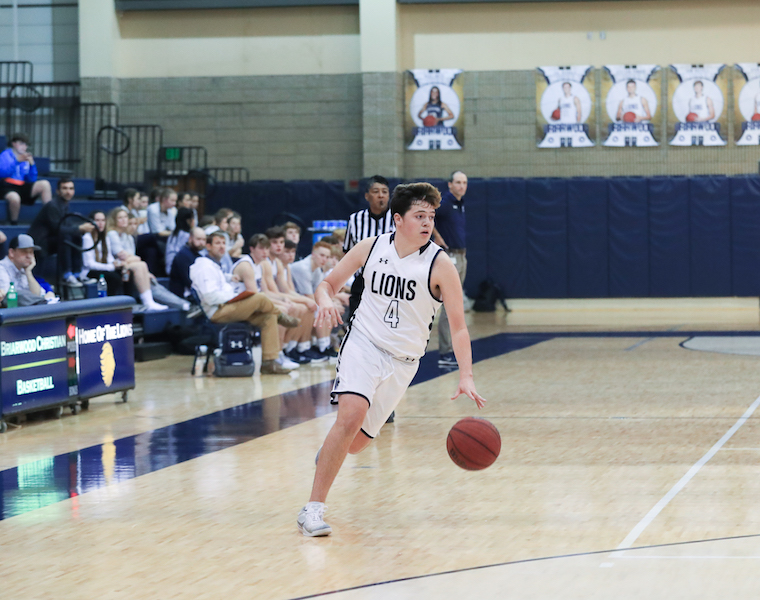 The Briarwood Lions improved to 2-0 on the season with a 60-42 victory against Moody on Nov. 21. (For the Reporter/Dawn Harrison)

MOODY – For the second consecutive game to start the 2019-20 basketball season, the Briarwood Lions got four scorers in double figures on their way to a 2-0 start thanks to a 60-42 victory against the Moody Blue Devils on the road on Thursday, Nov. 21.

Hayden Lamey, Chance Beard, Ryan Donohoo and Landon Nuyt, the four who scored in double digits in the opener, did so again in the strong effort.

Three of the four put points on the board in a low-scoring first quarter as well. Donohoo had five and Lamey four in the frame, while Beard knocked down a free throw to help the Lions post 10 points in the quarter.

That was part of a slow start for Briarwood, who was outscored 13-10 after Moody knocked down three 3-pointers in the opening quarter.

But in the second period, the Lions found the offense that treated them so well in the opener. Thanks in large part to four 3-pointers, they were able to post 20 points in the quarter, including six from Beard and Nuyt, as well as five from Lamey and three from Lamey.

That paired well with a defense that stepped up and limited the Blue Devils to just 11 points in the quarter, which helped the Lions take a 30-24 lead into the half.

Having swung the momentum, Briarwood’s defense was the biggest beneficiary. The Lions kept Moody from gaining any confidence on the offensive end of the floor with a tough defensive nature, which limited Moody to just five points on two field goals in the third quarter.

Briarwood, on the other hand, got five points from Beard in the quarter and 14 total points to open up a 44-29 lead heading to the final period.

In the final quarter, Moddy put up 13 points and seemed to gain some of its confidence back on that end of the floor, but the Lions did enough to pull away thanks to Lamey’s eight points in the quarter.

He had half of Briarwood’s points in the final frame, which led to the Lions pulling away for the 18-point victory.

Lamey led all scorers with 19 points, while Beard added 12. Donohoo and Nuyt weren’t far behind with 11 and 10 points, respectively.