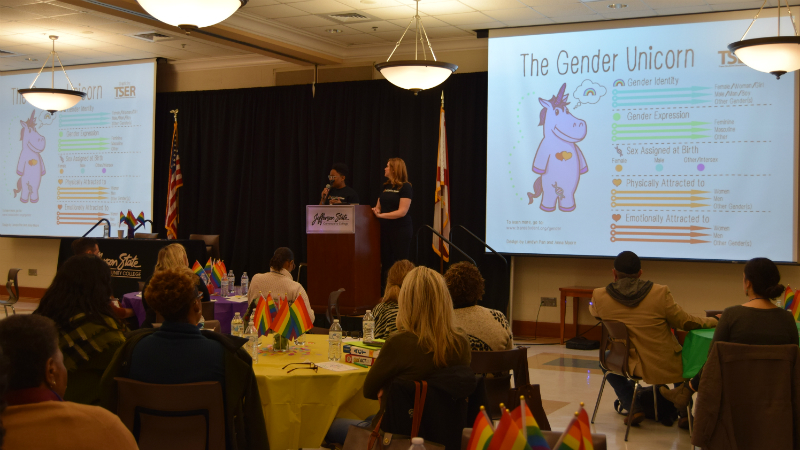 Topics covered at the workshop included definitions, terminology, best practices for working effectively with the LGBTQ community, allyship and a brief overview of local and national LGBTQ resources.

The training was offered free of charge to staff of Alabama community colleges, and lunch was provided.

Afternoon sessions provided time for small groups to practice what they learned through responding to real-world scenarios.

Presenters Amanda Keller and Lauren Jacobs introduced the “Gender Unicorn” to attendees during the “Terminology and Definitions” session. The unicorn was a visual cue for considerations such as gender identity, gender expression, sex assigned at birth, physical attraction and emotional attraction.

“We sometimes joke that our training should be called, ‘don’t be mean, just let people be who they are,’” said Jacobs, youth programs coordinator at Magic City Acceptance Center. “Don’t spend so much time classifying.”