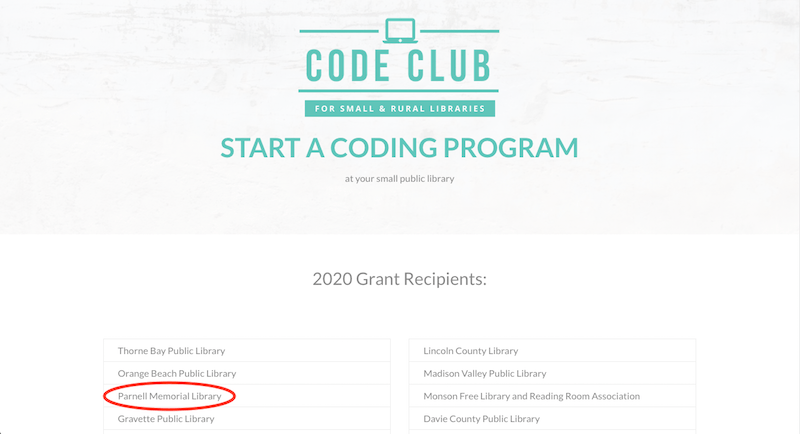 The Parnell Memorial Library in Montevallo has received grant funding that will allow it to offer a Code Club program for teens and tweens. (Contributed/Prendacodeclub.com)

MONTEVALLO – Teens and tweens interested in coding will soon find an outlet just for them at the Parnell Memorial Library.

The library has received multiple grants to add Code Club to its programming for children in sixth through 12th grades.

“We are thrilled to have received so much support on this project,” Library Director Savannah Kitchens wrote in a press release. “Anyone can learn to code with a little help, and we can’t wait to get started.”

Code Club is an informal program designed to teach children computer programming skills and provide them with 21st-century career opportunities and valuable life skills, such as computational thinking and problem solving, according to the release.

The mini-grant is from the Public Policy and Advocacy Office of the American Library Association with sponsorship from Google.

Thanks to the extra funding, the library will also host the Hour of Code program, a nationwide initiative to inspire kids and teens to learn coding Dec. 9-12 at 3:45 p.m. each day.

The Institute of Museum and Library Services is funding the grant to deliver all the resources necessary to run a code club in small and rural libraries.

The Parnell Memorial Library was one of 50 libraries across the nation selected to participate in the grant. 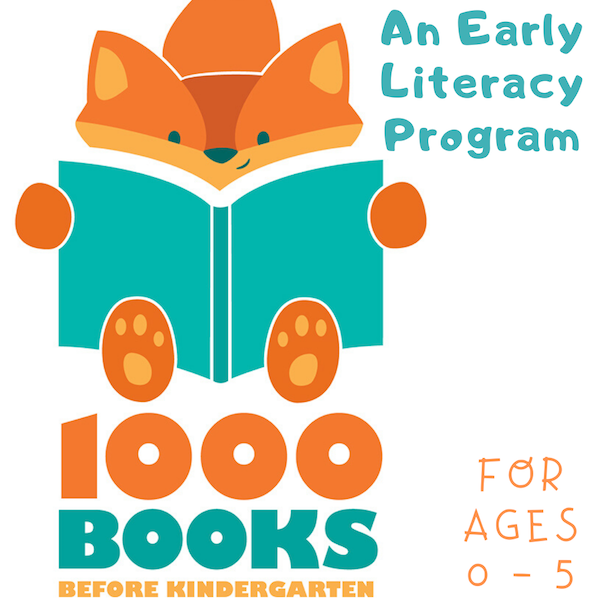 The library is also holding the 1,000 Books Before Kindergarten program to encourage early childhood literacy. (Contributed)

In other news, the library invites families to join the 1,000 Books Before Kindergarten program, a nationwide challenge that encourages parents and caregivers to regularly read aloud to their children.

The idea of the challenge is to read one book a night over a three-year period to reach a 1,000-book goal—and to foster early literacy skills in children.

The program is free and open to all families with children from birth to 5 years old.

Registration includes a prize for kids and adults.

For more information about this or other programs, visit Parnellmemoriallibrary.org.