University of Montevallo Board of Trustees Chairman Todd Strange will deliver the keynote address and will receive an honorary doctorate degree at UM’s fall commencement at the McChesney Student Activity Center on campus on Dec. 13 at 5 p.m.

Strange graduated from UM in 1966 with a bachelor’s degree in political science, and served as the mayor of Montgomery for more than 10 years until his recent retirement. 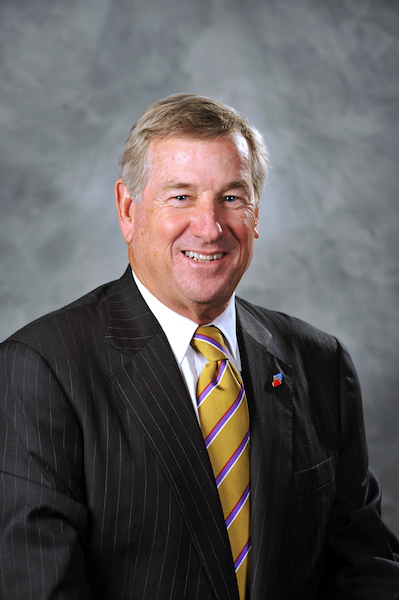 After graduating from UM, Strange accepted a job with the South Central Bell company (now AT&T), where he worked in several leadership roles.

As he progressed in his career, he later served as the president and chief executive officer of the Blount Development Corporation, director of the Alabama Department of Commerce, senior vice president of administration for Blount International and president, CEO and co-owner of the Blount Strange Automotive Group.

He served as the chairman of the Montgomery County Commission for nearly five years before he was elected mayor of Montgomery in a special election in 2009.

In addition to his more than 20-year service on the UM Board of Trustees, he also previously served as president of the UM National Alumni Association.

While at UM, he met his wife, Linda, who graduated in 1967, and the two now live in Montgomery.

“I am honored by this. It has been a pleasure to represent this University over the years,” Strange said. “I think we have done some important work, and I think we have plenty of good work left to do.”

Strange has had a major impact on Montevallo, Montgomery and the state over the years.