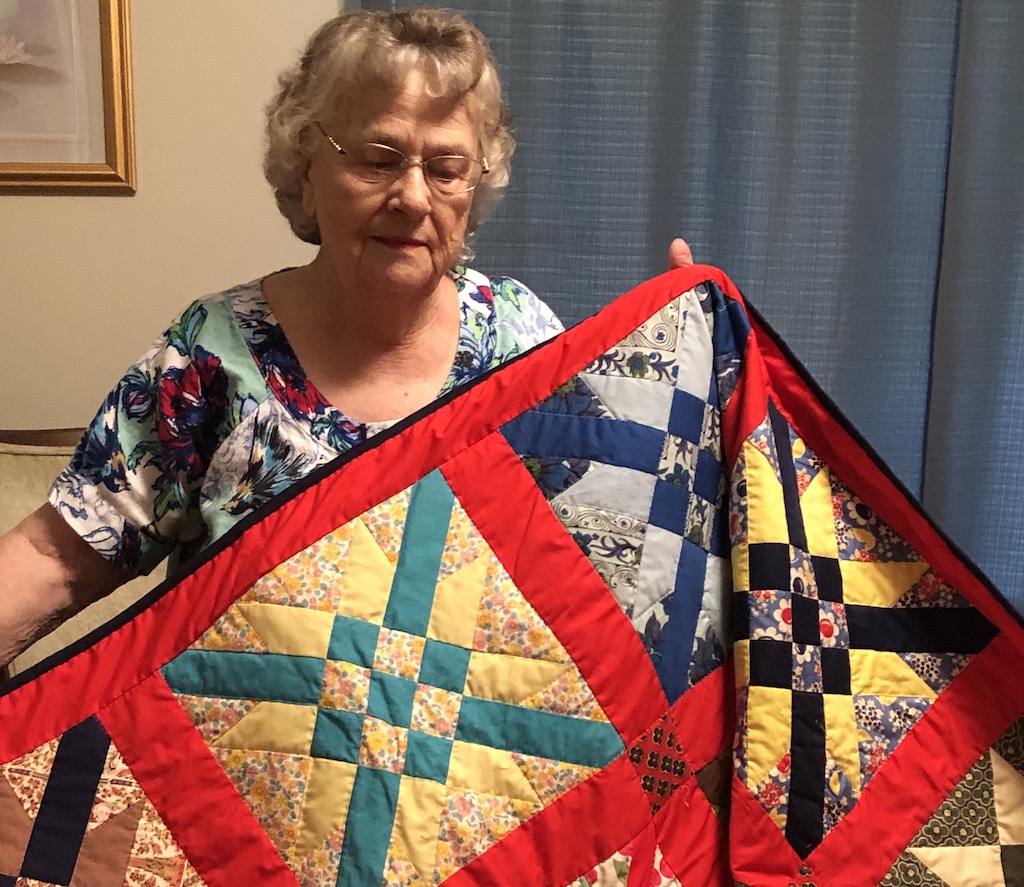 When Esther Acre is not volunteering at the hospital, she crafts handmade quilts and sews heart pillows for heart surgery patients. (Contributed)

As a retired teacher and mother, Esther Acre has spent the majority of her life caring for and helping others.

She is one of about 65 volunteers who work at Shelby Baptist Medical Center each week.

Acre, 91, became a volunteer at the hospital in 1995 after the loss of her husband.

“Volunteering gives me the opportunity to get out of the house, involve myself in the community and do something good for someone else,” she said.

Every Monday for five hours, she can be spotted in the halls of the hospital sporting her blue volunteer jacket.

Acre assists families in one of the hospital’s surgery waiting areas.

Acre also sews heart pillows for patients who undergo open heart surgery and sends cards to volunteers for their birthdays and when they are going through bereavement.

She spends eight to 10 hours per week offering a smile and words of encouragement to those in need.

“I think I chose teaching because the field of education as a career runs in my family,” Acre said.

Six of the 11 children in her father’s family were teachers. Her career as an educator began in the Orrville, Alabama school system.

With the exception of a 10-year hiatus in which she focused on raising her children, Acre’s career as a third-grade teacher spanned 29 years.

Acre migrated from Hale to Shelby County with her husband, James, the year after their marriage in 1952.

James passed in 1986 while the family lived in Brierfield.

Three sons were born from their 34-year union.

Referring to her dutiful sons, Esther said, “I am so blessed.”

James taught her sons “what is important … manners, respect and skills.” This, along with the fact that all three sons live within a short distance, now enables them to care for their elderly mother, widowed for the past 33 years.

Esther resides in Alabaster in the house she has called home for the past 28 years.

When she is not working at the hospital, she spends her time writing cards from her kitchen table, crafting her beautiful handmade quilts and driving to the Alabaster Senior Center, where she looks forward to what she refers to as “fellowship.”

Esther has been an RSVP member since 1995.