Column: Thompson proved everybody wrong en route to 7A title 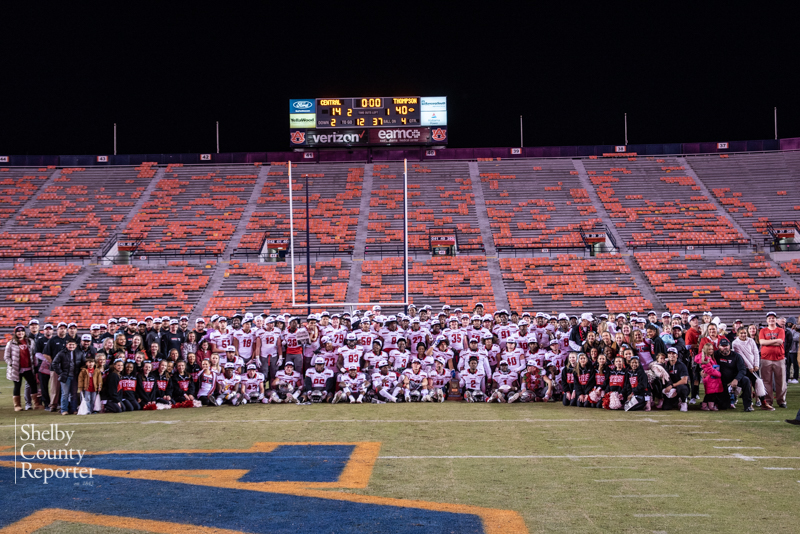 His two fists pumped in the air, players dancing around him and fans tossing water, papers and shakers all over the stadium, Thompson head coach Mark Freeman walked onto the field with a smile on his face taking in his most recent astonishing accomplishment—a seventh state championship at a third different school.

Having won championships at Bessemer Academy (four) and Spanish Fort (two), Freeman took over as Thompson’s head coach in 2015 with the Warriors coming off a 0-10 season.

What he and his 2019 Thompson team accomplished, however, might be the best coaching job the future hall of fame coach has put together in his 21 years as a head coach.

And it’s not just a testament to him, but the staff around him and the players he led.

Many entered the 2019 season wondering if Thompson missed its best opportunity the last two years, but those people made a foolish mistake in underestimating what a master motivator with a lot of talent can do.

After going a combined 23-3 the last two years with one of the best quarterback’s in the state’s history, the Warriors lost in the semifinals in 2017 and the state championship game last year. At that point, with the loss of quarterback Taulia Tagovailoa and a 52-7 thumping in the 2018 state title, it was hard to imagine the Warriors getting the chances they had again in a 7A classification normally dominated by the Hoover Buccaneers.

But like a puzzle, each season played a role in eventually fitting everything into the perfect picture.

Before the season got here, Freeman said this was the most he’s had to coach in a while, but his staff new this was coming for the last couple of years.

But the key was the enjoyment they were getting from getting to coach up players to turn them into a championship team.

That, combined with the hunger of seniors like Sawyer Pate and Mike Pettway to want to improve every second of every day to leave behind a lasting and historic legacy, led Thompson to another chance.

The Warriors finished the regular season 8-1 with one blemish against Hewitt-Trussville in their final game before the playoffs. But following that loss, Thompson took down Austin, Florence and Hoover for the second time this season to punch their second consecutive trip to the state championship game where the Warriors would meet Central-Phenix City one more time.

Despite nobody believing they could get back, the players and coaches poured everything into proving doubters wrong.

And when the final snap of the night was taken, and Pate went down to one knee in the victory formation to cement a 40-14 win, they all rejoiced.

With Freeman’s fists in the air, coaches hugged and leapt in celebration, players shed tears of pure happiness and fans screamed at the top of their lungs as the final puzzle piece to what could become the next dynasty of 7A football was put into place.