Man charged with murder in November shooting near Montevallo

MONTEVALLO – A Montevallo man has been arrested and charged with murder in connection with a Nov. 25 shooting incident that left 24-year-old Derius Marquis Fields dead.

Derious Derann Garner, 31, has been charged with one count of murder, one count of attempted murder and two counts of receiving stolen property. 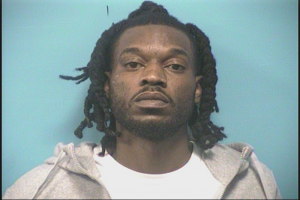 Fields was found dead with multiple gunshot wounds at the scene of the incident, which occurred at about 12 p.m. in the 100 block of Nelson Circle in unincorporated Shelby County near Montevallo.

Investigators believe Garner and Fields were involved in an altercation that escalated to gunfire, and Garner shot Fields, according to a Shelby County Sheriff’s Office press release.

Another person at the scene who legally possessed a firearm and valid pistol permit allegedly exchanged gunfire with Garner, wounding him. Garner fled the scene and was later found and transported to a hospital by ambulance for medical treatment, the release read.

More charges could be filed in the ongoing homicide investigation.

Anyone with more information about the incident and the circumstances leading to Fields’s death is urged to call the Shelby County Sheriff’s Office at (205) 669-4181 or CrimeStoppers at (205) 254-7777, or to submit an anonymous tip at Crimestoppersmetroal.com.

“Our hearts are with the friends and family of all of those involved in this tragic incident,” Samaniego wrote in the release. “This is truly a senseless act that could have been avoided. I encourage everyone to find peaceful ways to resolve their conflicts instead of escalating to violence.”

Garner is set to appear in Shelby County District Court for a preliminary hearing on Jan. 8, 2020.

Murder is a Class A felony, according to Alabama state law, and carries a maximum sentence of life in prison upon conviction.