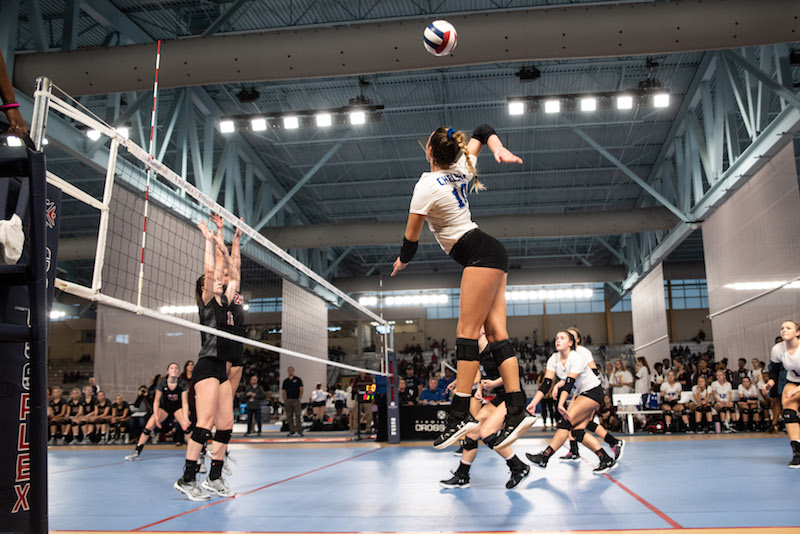 The 2019-20 volleyball season featured a magical run for several teams, including state tournament berths from Thompson, Pelham and Chelsea, as well as a state championship appearance from the Westminster at Oak Mountain Knights.

It also featured super regional appearances from Montevallo and Briarwood, as a total of five different teams from the county made it to the postseason, making it one of the best seasons across the county in recent history.

Some of the most inspiring storylines were Chelsea making it to the state tournament for the second time in school history, Thompson doing so for the first time in several years, Pelham making it for the sixth time in seven years and Westminster at Oak Mountain coming within a point of their first state championship.

None of those special runs would have been possible without an elite group of players, several of whom are named on the 2019 All-County Volleyball team below. 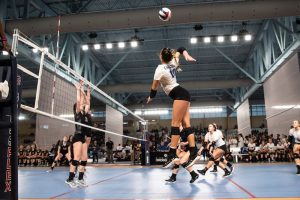 Outside Hitter: Zoe LaBreche, senior, Chelsea. Finishing second in the county in kills with 463, LaBreche was one of the most fascinating players to watch this season and a big reason the Hornets won the area tournament title and advanced to the state tournament for the second time in school history. She also added 325 digs and 90 aces on the year. 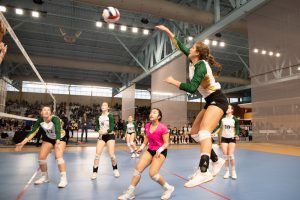 Outside Hitter: Erin Long, senior, Pelham. Long has been a consistent leader in the county for several years now. She not only led the county in kills this season with 465, but finished her career with 1,160 kills. She also added 378 digs, 58 aces and 49 blocks. 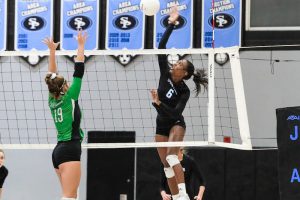 Outside Hitter: Parris Morris, senior, Spain Park. Another steady player across the board, Morris posted 445 kills, 117 digs, 77 aces and 37 blocks during her senior season with the Jags. 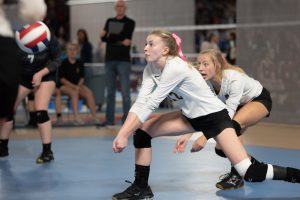 Middle Hitter: Bailee Acker, junior, Westminster at Oak Mountain. In the state championship match, Acker had 13 kills and 14 digs and was consistent all season, while earning a spot on the Class 1A All-State Tournament Team. 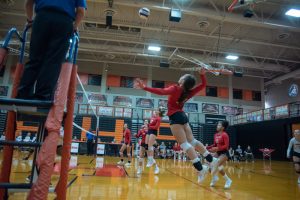 Middle Hitter: Briana Wilson, sophomore, Thompson. The only player to total more than 300 kills and digs for the Warriors, Wilson was a major contributor to Thompson’s return to the state tournament this season. She had 330 digs, 302 kills and 37 aces this season. 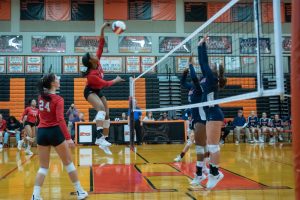 Middle Blocker: Jada White, sophomore, Thompson. White is also a sophomore for the Warriors, which puts their future in good shape. She not only totaled 233 kills this season, but was one of the best blockers in the county with 73 total blocks. 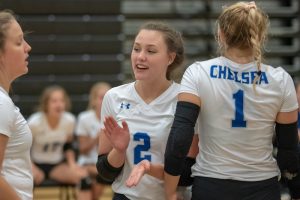 Setter: Bailey Drew McIntyre, senior, Chelsea. The county’s leader in assists this season with 1,252, McIntyre was one of the best setters in the state. She also posted a remarkable 350 digs, while leading the county in aces with 121. 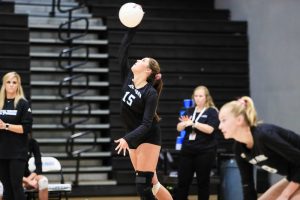 Setter: Jessica Veal, senior, Spain Park. Veal put together a special senior season that saw her all over the court to total 1,021 assists, 307 digs, 41 aces and 21 blocks for the Jaguars. 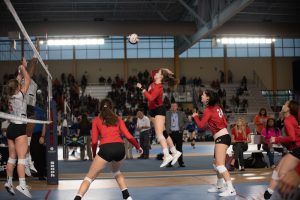 Setter: Kelsey Tangle, junior, Thompson. Another dominant assister, Tangle closed her junior season with 1,128 assists, which was second in the county, as well as 199 digs, 69 kills and 64 aces. 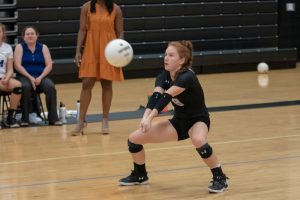 Libero: Victoria Schmer, senior, Chelsea. Easily one of the best libero’s in the state, Schmer total 716 digs to lead the county during the 2019 season. The Alabama signee also added 87 aces and 70 assists. 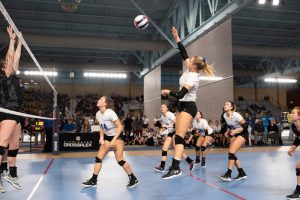 Outside Hitter: Hope Wright, junior, Chelsea. Alongside LaBreche, Wright gave Chelsea a good one-two punch this season with 324 digs and 323 kills. She’ll be one of the best returning players in the county for the 2020 season. 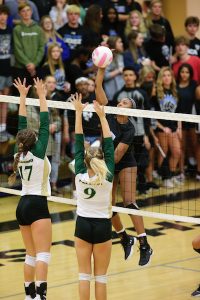 Outside Hitter: Amaya Rudolph, junior, Chelsea. Despite LaBreche and Wright combining for 673 kills, there was more than enough room for Rudolph to also post 300-plus kills, as she finished her junior season with 390. Along with Wright, the Horrnets should have another strong duo for the 2020 season. 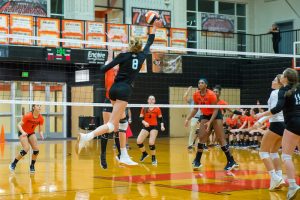 Outside Hitter: Audrey Rothman, sophomore, Spain Park. A balanced season for Rothman saw her post 360 kills and 344 digs for the Jags as an outside hitter, while she also posted 40 blocks and 22 aces. 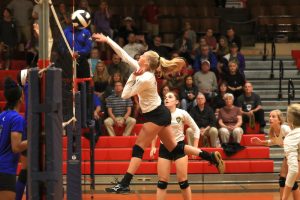 Middle Hitter: Virginia Welch, senior, Westminster at Oak Mountain. A leader and three-sport athlete, Welch was one of the strongest front-line players in the county this season, while she also became a dominant force at the service line to help the Knights to a state championship appearance. 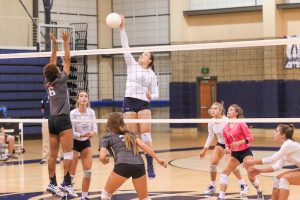 Middle Hitter: Ansley Greer, junior, Briarwood. With 145 kills and 50 blocks, Greer made her presence known throughout the season, and will be a key leader next year after posting a hitting efficiency of 24 percent as a junior. 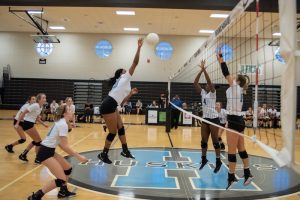 Middle Blocker: Brianna Wilson, junior, Helena. Along with teammate Mia Johnson, Wilson showed flashes of being a dominant player this year. Both her and Johnson will return as seniors next year for a Helena team that returns the majority of its starters from 2019. 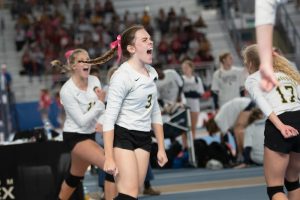 Setter: Payton Metcalf, senior, Westminster at Oak Mountain. With 39 assists in the state championship match, you saw just a glimpse of what made Metcalf a special part of the Knights’ 2019 season. She also earned a spot on the All-Tournament team for the Class 1A State Tournament. 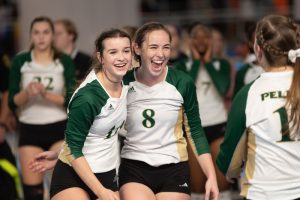 Setter: Ashley Anderson, senior, Pelham. Anderson led a very good Pelham team with 668 assists, while also tying for the team lead in aces with 66. In addition to those strong stats, Anderson posted 266 digs. 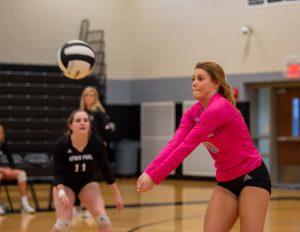 Setter: Lexie Fowler, senior, Spain Park. With 352 digs and 48 aces, Fowler was one of the best in the county during her senior season. She will be another key player gone for the Jaguars. 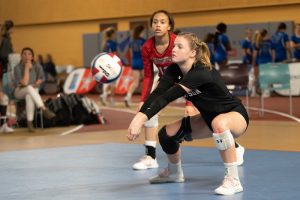 Libero: Kinsleigh Sabo, senior, Thompson. Having battled through two ACL surgeries in her high school career, Sabo came back for her senior season and posted 516 digs to finish second in the county in that category. She also added 83 aces to lead Thompson and 61 assists. 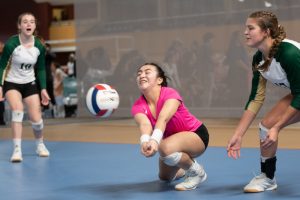 Libero: Tammy Melendez, sophomore, Pelham. A welcome sight back for Pelham next season will be Melendez after she totaled 483 digs, 106 assists and 51 aces as a sophomore.