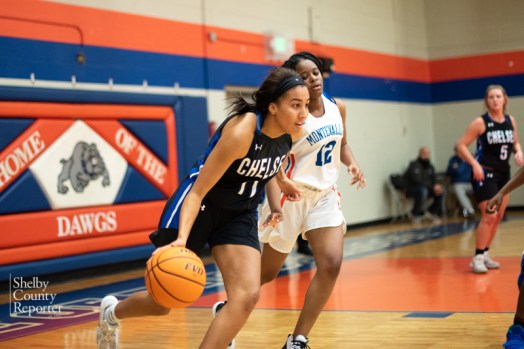 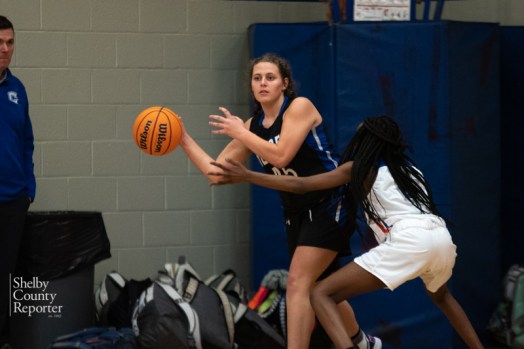 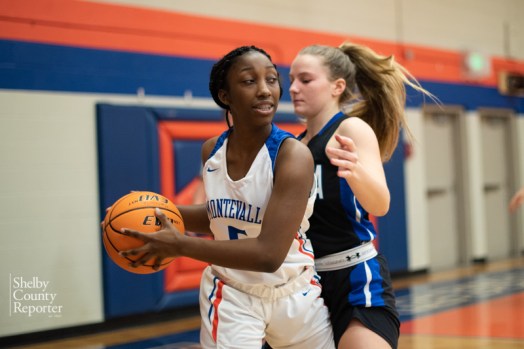 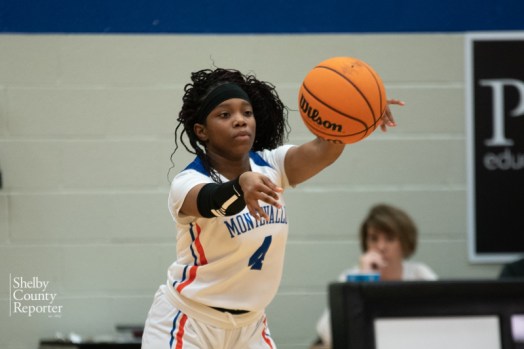 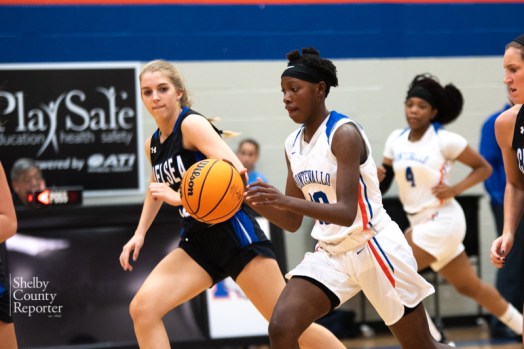 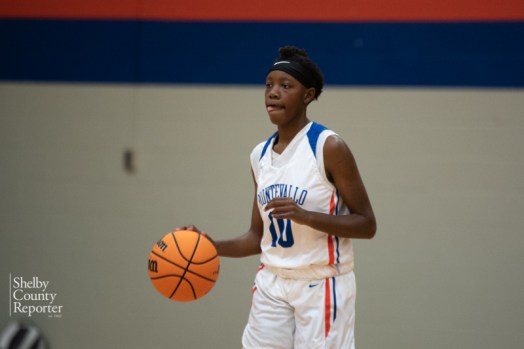 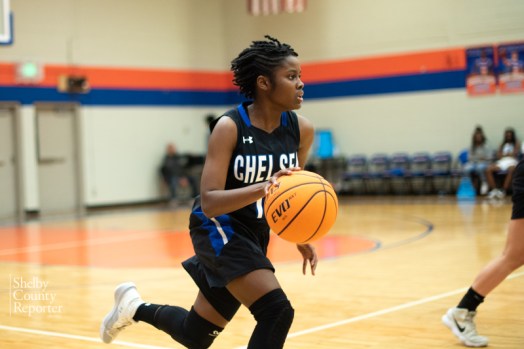 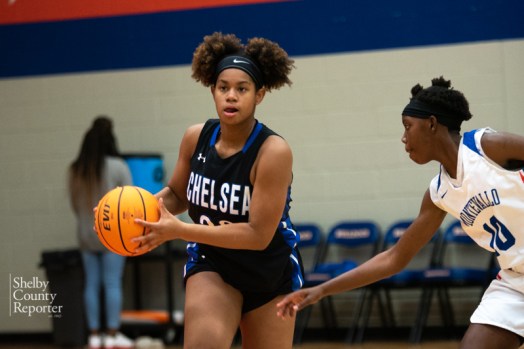 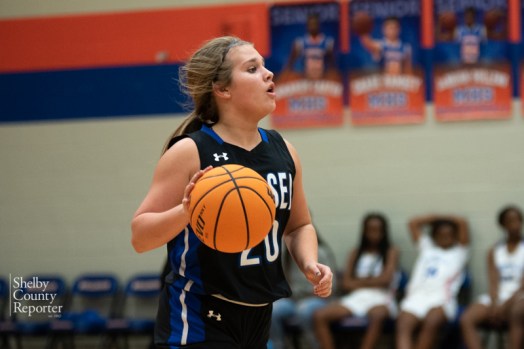 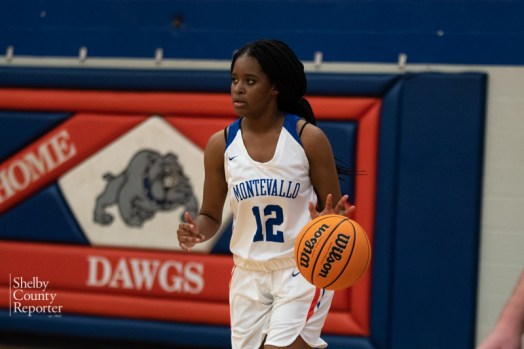 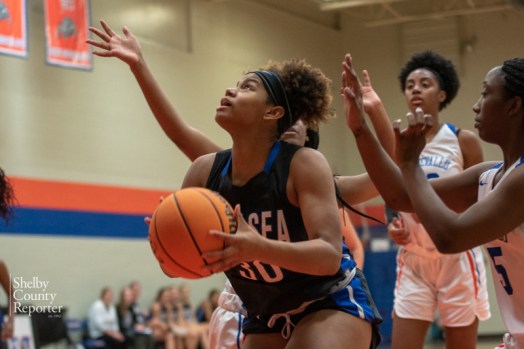 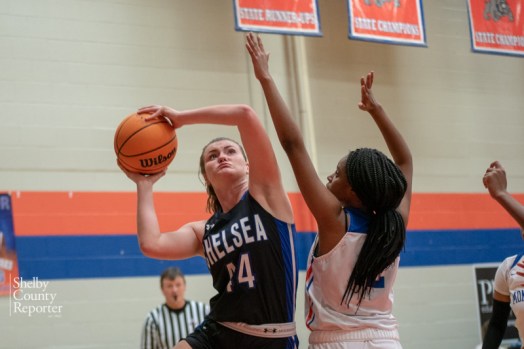 MONTEVALLO – The Chelsea Hornets continued their hot start with a dominant 61-29 road win over Montevallo Tuesday, Dec 10, with great pressure defense and hot shooting from the perimeter to improve to 11-2 on the season.

Up 13-8 after the first quarter, the Hornets defense was simply suffocating, forcing 12 turnovers, which keyed a 17-0 run that put the game away early.

Mackenzie Titus scored six of her 10 points in a row during the run. Jai-Lin Ivory’s layup with 45 seconds remaining was the lone score for Montevallo, as Chelsea held a 30-10 lead at the half.

“Shots aren’t going to fall on the road sometimes and your offense doesn’t travel, but your defense can,” said Chelsea head coach Jason Harlow. “We felt like we were a little sluggish in the first quarter and that’s a credit to Montevallo, but I felt like we picked up our intensity in the second quarter and started with the press which led to some runouts for us.”

Montevallo found their flow offensively after halftime, but still had no answer for the Hornets on defense. Chelsea outscored the host Bulldogs 14-10 in the third as Mary Henley Carney got going from the outside, scoring two of her four triples in the quarter and eight of her team-high 14 points.

“She’s a joy to be able to bring off the bench. She’s a shooter and understands her role as much as anyone,” Harlow said. “When you’ve got a kid like that who can shoot it like that off the bench, that’s key. It’s a tough task when you ask them to come into a game, get their feet set and be effective, but they ran a lot of zone at us, and the girls know what type of player she is. So when they see zone, they know they can find her.”

Jordan Parker was also solid throughout for the Hornets, scoring 11 and locking down the paint where Montevallo struggled all night.

“Jordan is a senior and a four-year starter,” Harlow said. “She’s just one of those kids that when you go on the road, you expect her to show up. We got some momentum in the second and third quarters, and we feed off of her offensively.”

Ivory was the bright spot for Montevallo, scoring 15 of the Bulldogs’ 28 points, snagging several steals along the way and hitting three from long range.