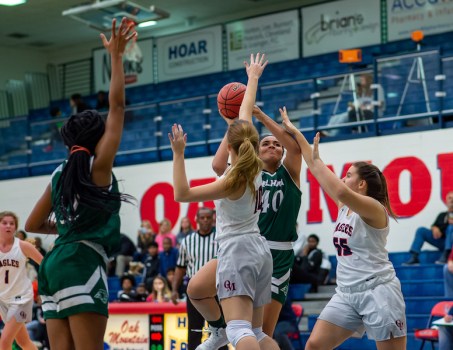 Pelham’s girls took down Oak Mountain on Tuesday, Dec. 10, behind a combined 40 points from Laci Gogan and Emma McKenney. (For the Reporter/Larry Dancy) 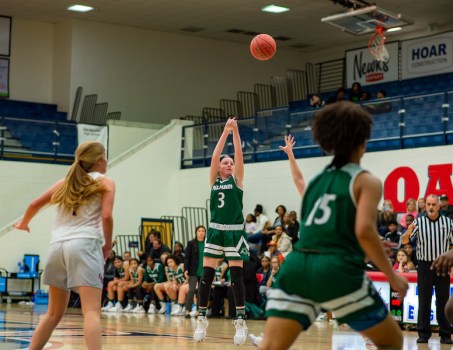 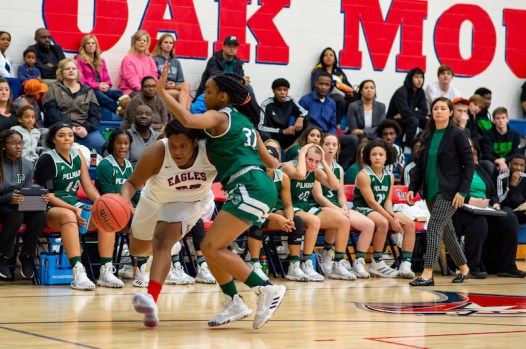 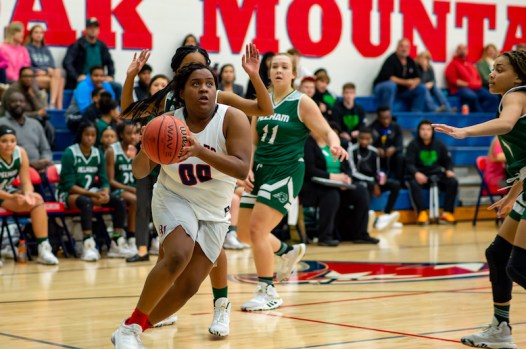 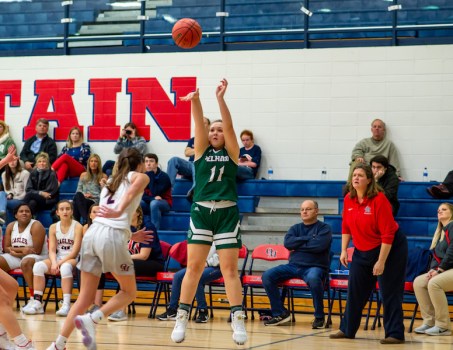 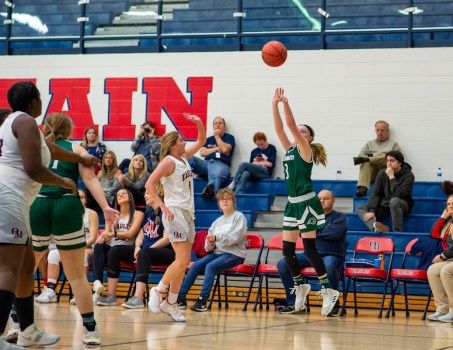 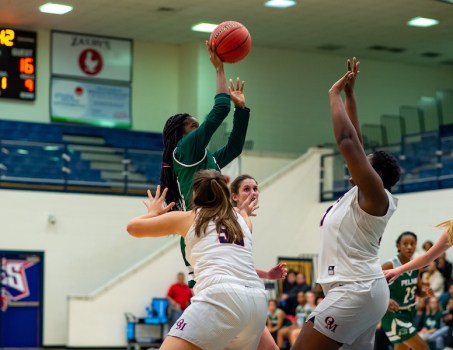 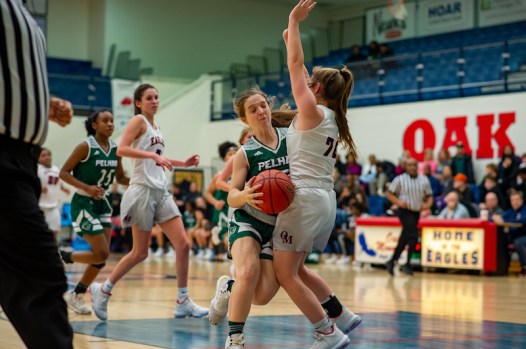 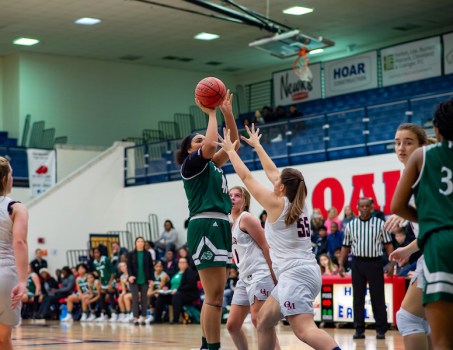 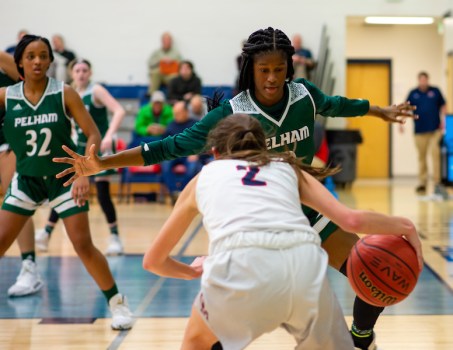 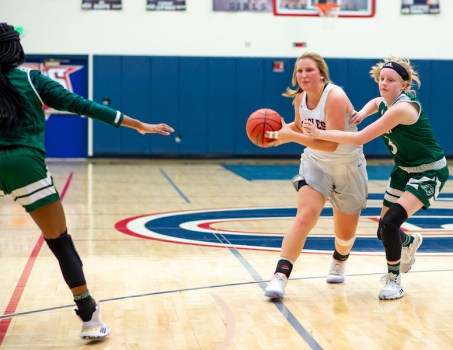 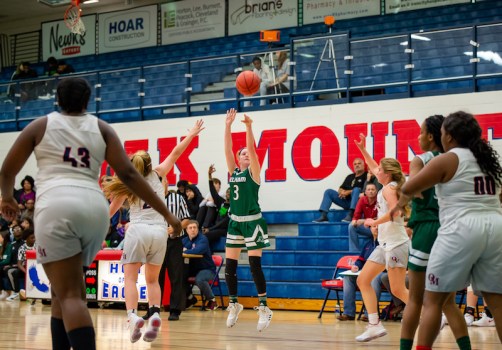 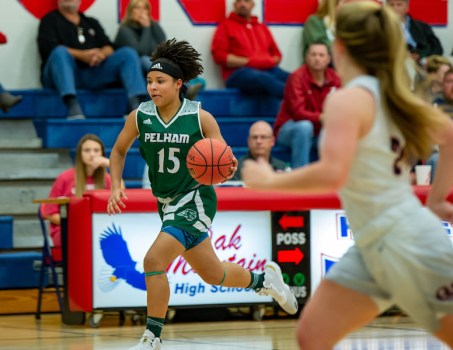 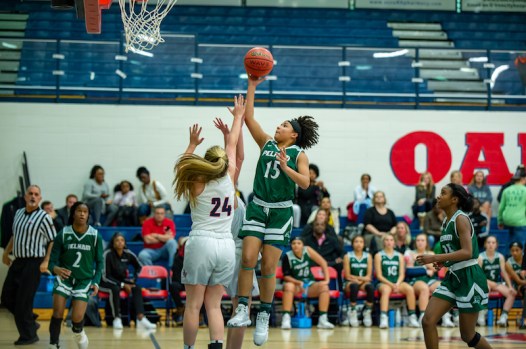 NORTH SHELBY – Pelham’s girls basketball team continued to roll on Tuesday, Dec. 10, as the Panthers used a 22-point second quarter to create separation from rival Oak Mountain, before pulling away for a 67-45 road victory to improve to 8-2 on the season.

“It was an ugly win overall,” Pelham head coach Crosby Morrison said. “But a lot of players got some good experience. We had a very good second half. We needed to play better after a bad first half and they responded. That’s a good win for our team.”

A big reason for the success was a combined 40 points from Laci Gogan and Emma McKenney, as the two created a nice inside-out duo. McKenney was strong in the post, finishing with 16 points, including a 2-2 mark at the free throw line, while Gogan finished with 24 points behind five made 3-pointers and a 3-4 mark from the free throw line.

Pelham also took advantage of its trips to the free throw line, capitalizing on 29 attempts with 19 makes.

But as Morrison eluded to, the Panthers got off to a slightly slow start on the offensive end of the floor. They posted just 10 points in the opening period behind four field goals and a 1-3 mark at the free throw line.

Defensively, however, Pelham came ready to play. Oak Mountain was only able to find two field goals and four free throws of its own, which allowed the Panthers to take an early 10-9 lead at the end of the first quarter.

In the second period, Abby Gordon was able to continue a strong start for the Eagles by hitting her second and third 3-pointers of the game as well as one jumper. Those eight points, however, were all Oak Mountain could come by.

That became a drastic difference in the game, as Pelham came out firing in the second quarter. The Panthers got points from seven different players, including eight from Gogan, who hit two 3-pointers. Aside from that, they went 4-5 from the free throw line in the quarter to post 22 points and take a commanding 32-17 lead into the halftime break.

Coming out of the half, the teams were slightly more even, as Oak Mountain posted 13 points, 11 of which came from Abi Brow. But Pelham still outplayed the Eagles thanks to a big quarter from McKenney and Gogan.

Gogan added two more 3-pointers and went 2-2 from the free throw line, while McKenney made three field goals for six points. Those two combined for 14 points, as the Panthers totaled 16 in the period to extend their lead to 48-30 heading to the final quarter.

With an 18-point lead, the Panthers went to the final period basically needing to ice the game at the free throw line. They went on to make 10 free throws in the final quarter to help post 19 points in the period to pull away for the 22-point win.

A total of 10 different players scored for Pelham in the win.

Oak Mountain was led by 16 points from Brown and 14 from Gordon.