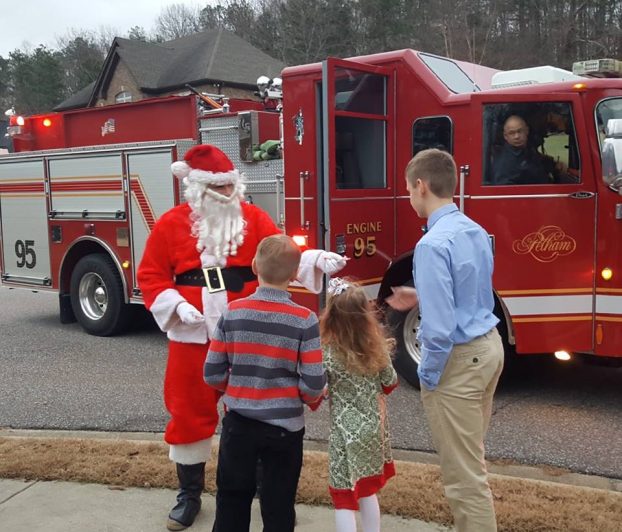 Santa will make his way to several Santa Stops in Pelham the night of Tuesday, Dec. 24. (File)

PELHAM – Santa Claus is set to visit the city of Pelham on Christmas Eve as children and their families will have one last chance to see him before he descends into the night to deliver toys before Christmas morning.

Several opportunities will be available for residents to see Santa as he will be accompanied by members of the Pelham Fire Department to make his way to designated “Santa Stops” throughout the city.

In a tradition that dates back decades, the routes for the Santa Stops will begin at 4 p.m. and last till approximately 8:30 p.m. on Tuesday, Dec. 24.

In years past, fire engines were able make their way down nearly every city street in Pelham, but since the city’s growth, designated Santa Stops were put in place to make things more efficient.

To view the complete list of Santa Stops throughout the city of Pelham and times, visit Pelhamalabama.gov/civicalerts.aspx?aid=513.