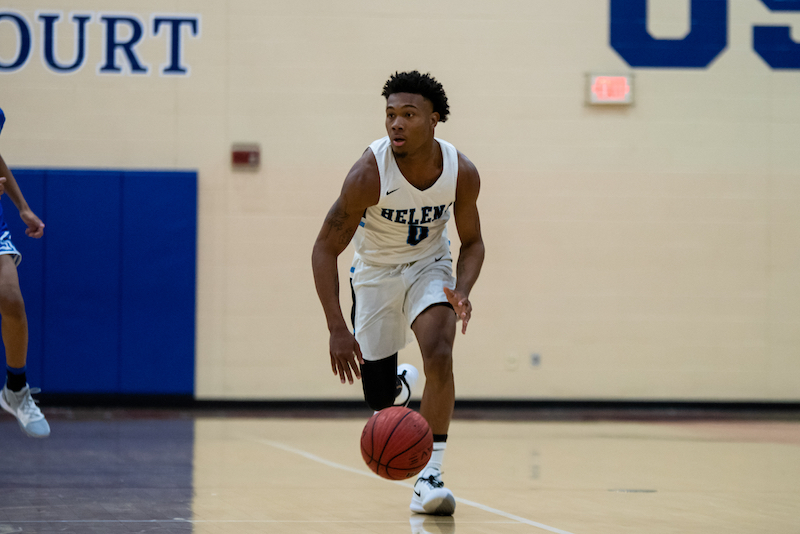 MCCALLA – For the first time in two seasons, the Helena Huskies boys basketball team defeated the McAdory Yellow Jackets by a score of 70-57 after making the roughly 20 minute trip from Helena to McCalla on Tuesday, Dec. 10.

The game was a rematch of the first game of the season as the Huskies got payback after falling to the Yellow Jackets 52-45 a few weeks ago.

Helena senior guard Daunte Cave was sensational against McAdory by leading all scorers with 38 points. Every single one of Caves’ points came from inside the 3-point line or at the free throw line.

The Huskies jumped out to a big lead and held a convincing 42-25 halftime lead, but the Yellow Jackets wouldn’t go away quietly.

McAdory would outscore Helena 22-12 in the third quarter as the Huskies got six points from Cave, four points from Caden Pierce and two points from Andrew Fortson as Helena’s lead was trimmed to 54-47 entering the final period.

In the final quarter, Cave stepped up and recorded 10 points and Helena as a team shot 8-of-14 from the foul line in the fourth quarter alone.

The Huskies outscored McAdory 16-10 in the fourth quarter to pull away for the 13-point win. Pierce was the other Husky to finish in double figures with 11 points.