Vincent improves to 9-1 with win over Childersburg 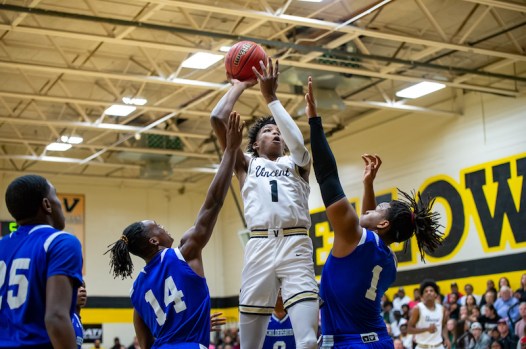 The Vincent Yellow Jackets were able to score 21 fourth-quarter points to pull off a comeback victory against Childersburg on Friday, Dec. 13. (For the Reporter/Larry Dancy) 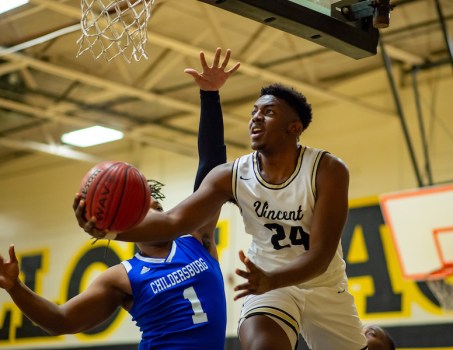 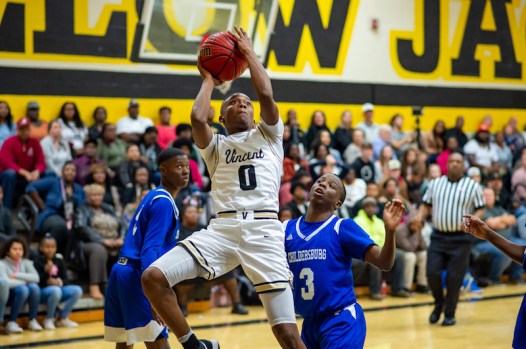 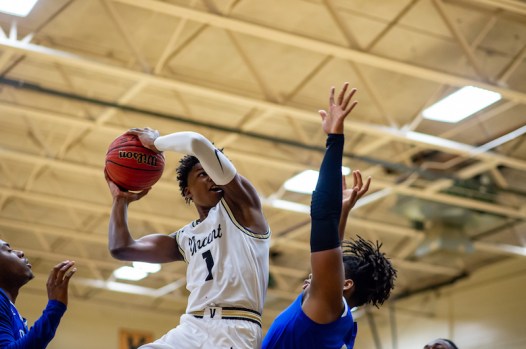 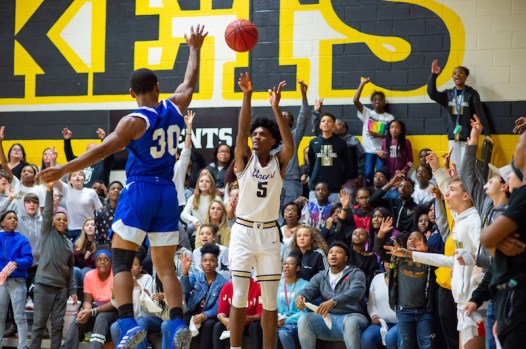 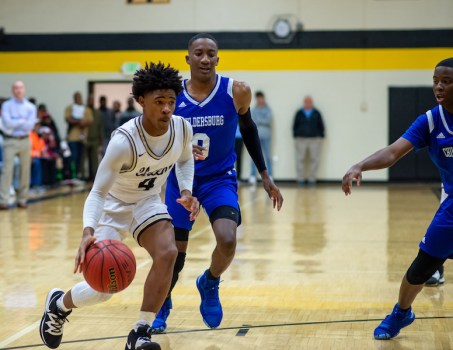 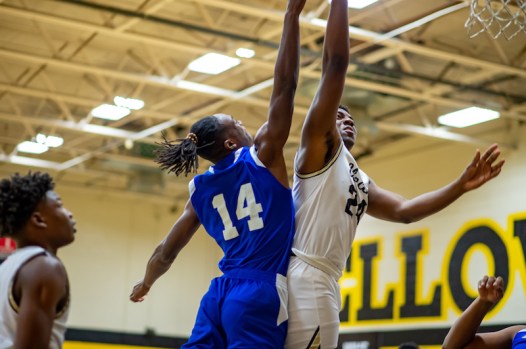 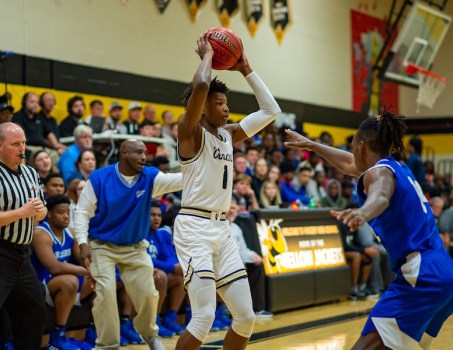 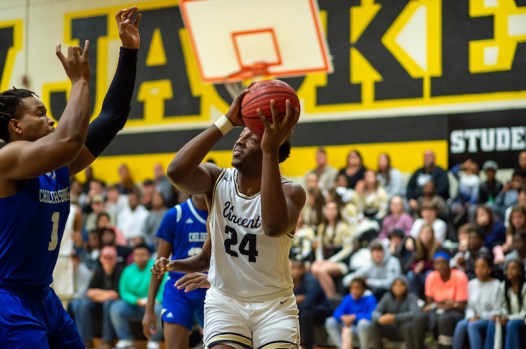 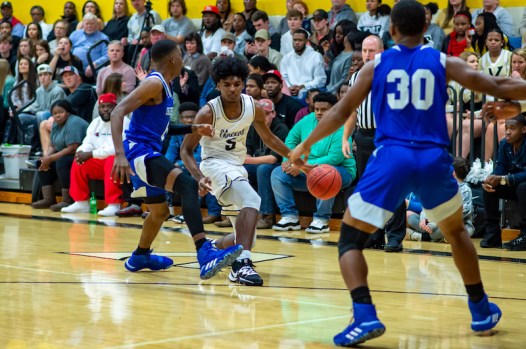 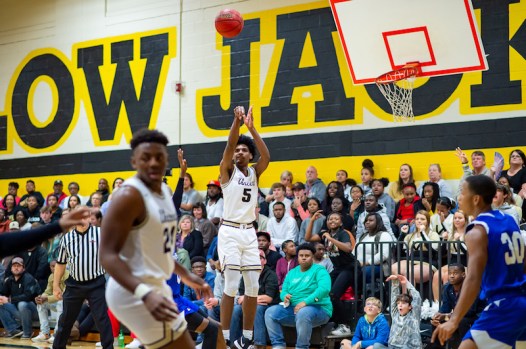 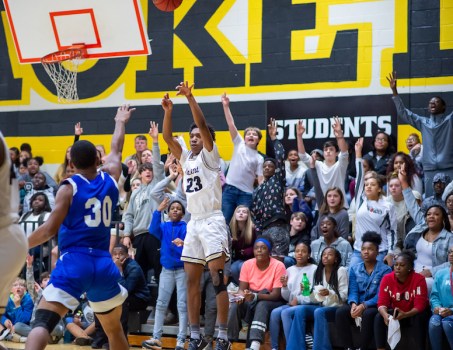 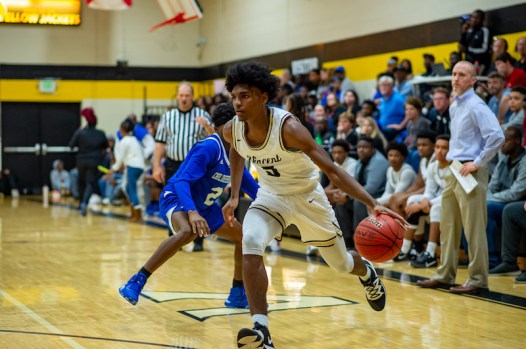 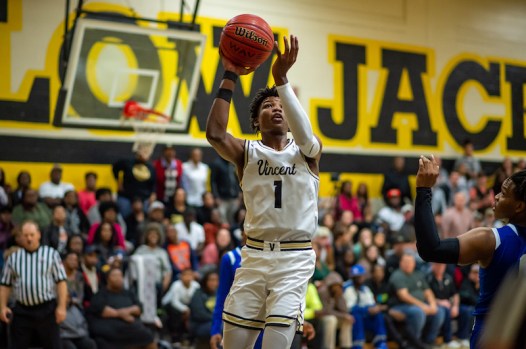 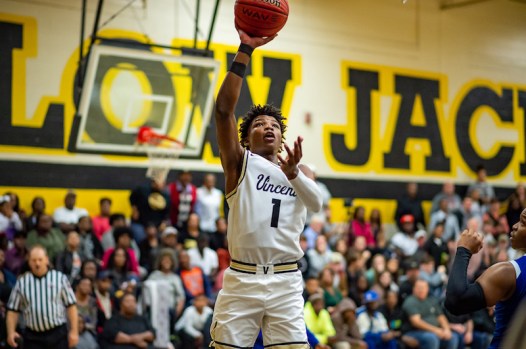 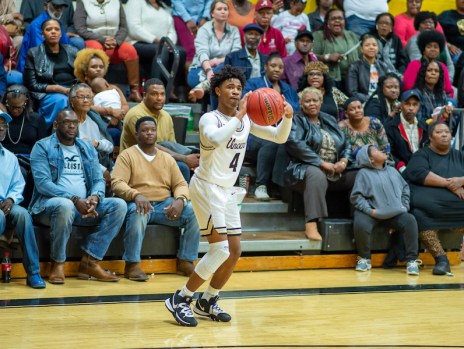 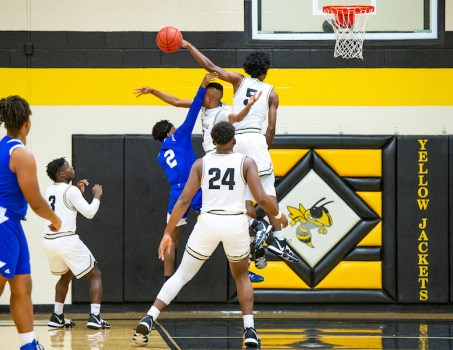 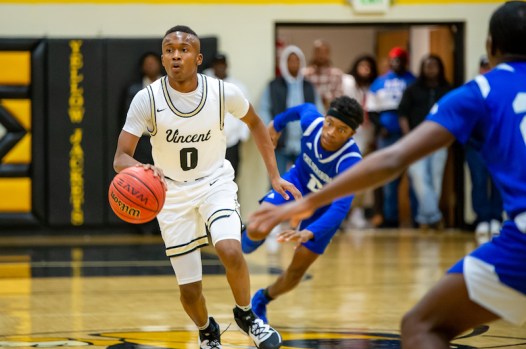 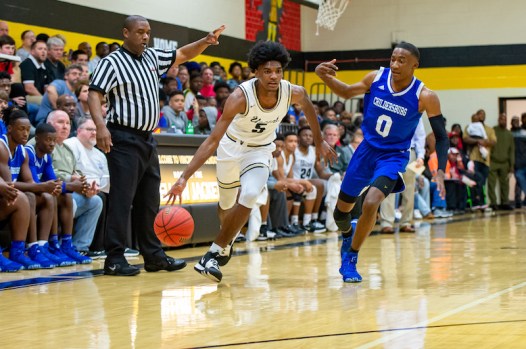 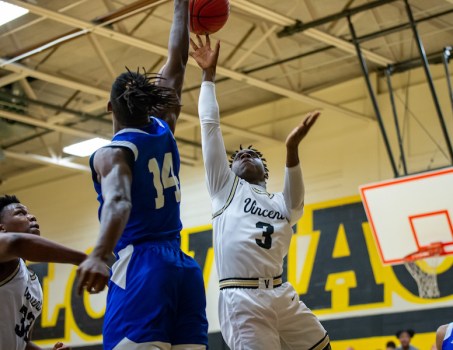 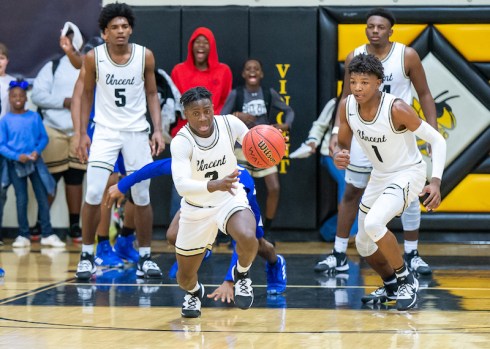 VINCENT – A balanced attack throughout and a strong fourth quarter from Ryshod Keith helped the Class 2A No. 2 Vincent Yellow Jackets continue to roll on Friday, Dec. 13, with a 57-53 victory over Class 4A Childersburg.

With the win over a team two classifications higher, the Yellow Jackets won their fifth game in a row and improved to 9-1 on the season with their only loss being by one point to Ragland.

But since that loss, Vincent has been on a roll and in large part because of the balance the Jackets have seen offensively and the ability to get after teams on the defensive end with steals.

That was no different against the Tigers, as Vincent continued its balanced attack on the offensive end, and it started in the opening quarter.

The Yellow Jackets came out in the first period and posted 16 points thanks to four different scorers, three of which hit at least one 3-pointer. Kaleb Wilson got his strong night started with a solid five points, while Malik Hamilton six of his 13 points in the frame thanks to two 3-pointers.

Defensively, Vincent held Childersburg to just three scorers in the quarter, but the Tigers were still able to stay within striking distance with 13 points thanks to a combined 11 points from Jalen Cook and Demetrius Hale, both of whom had impressive nights offensively.

That was more than enough to take the lead, as the Yellow Jackets saw their offensive production take a dip in the period with just nine points. The Jackets were 5-7 from the free throw line, but only added two field goals thanks to a physical defensive effort from the Tigers that prevented easy baskets.

Trailing 31-25 at the break, Vincent head coach John Hadder helped his team make the necessary adjustments at the break, specifically on the defensive end of the floor.

The Yellow Jackets came out and played with a strong intensity defensively, which not only held Hale in check with just four points, but limited the entire Childersburg team to just six points in the period, which became the turning point in the game.

Vincent didn’t do enough to take the lead, scoring 11 points themselves, but the Jackets had cut the deficit to just one point and had stolen momentum away.

They took advantage of that momentum swing early in the final quarter. Now with their defense playing the way it needed to, that carried over to the offensive end in the fourth.

After the defense came up big with a huge block defensively early in the final period, the home crowd went crazy, and that sparked a strong offensive run from the Yellow Jackets.

But Childersburg fought back.

The Yellow Jackets turned the ball over a couple of times in the final two minutes, which led to the Tigers gaining some traction with six easy points to climb back into the game, despite trailing by 10 points.

With Vincent still up 55-50, Childersburg took advantage of a missed free throw and sprinted up the floor to drain a 3-pointer, which made the score 55-53 with 10.7 seconds left to play.

The Jackets, however, had flipped the script in the second half and weren’t going to give the game away with all the work they had put in. They went on to ice the game shortly after with two free throws to make it a 57-53 lead with less than a second left on the clock, which ended the game in Vincent’s favor.

It marked Vincent’s tightest and most thrilling win of the season to this point, something the Yellow Jackets needed to see after losing their only other close game this season.

Vincent was led by 18 points from Keith, who scored 11 in the final quarter of the game. Hamilton added 13 points thanks to three 3-pointers, while Wilson made it three double-figure scorers with 10 points, including a big 3-pointer in the final quarter. Jackson McGinnis added eight points behind two big fourth-quarter baskets that helped pull out the win.