Evangel basketball now 7-2 on the season 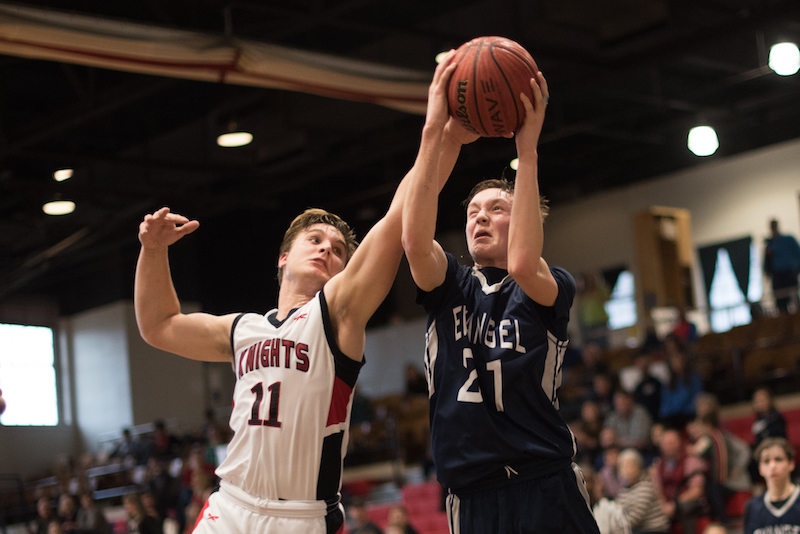 Carson Hendon, above, led Evangel with 25 points in a win against Heritage Christian on Friday, Dec. 13. (File)

HOOVER – After winning their first five games of the season, the Evangel Lightning basketball team was off and rolling, but two consecutive losses by six points or less to Edgewood Academy and Life Christian Academy derailed the hot start momentarily.

The Lightning, however, bounced back with two consecutive wins, including a win in their most recent outing against Heritage Christian Academy on Friday, Dec. 13.

Evangel didn’t just win the game, but scored a season-high 86 points against a 10-2 team to improve to 7-2 on the season.

Coming off a state championship season last year, the Lightning are looking to duplicate that success this season, and in the game against Heritage Christian, they showed flashes of that same success with how they fought back.

Early in the game, Evangel got off to a slightly slow start, and fell behind by as many as five points in the opening quarter. But every time the Eagles went on a run, the Lightning responded and cut the lead to one point. That played out at the end of the quarter, as Heritage took a 17-16 advantage.

It looked as if Evangel was going to continue battling in the second quarter after taking its first lead of the game at 18-17 and again at 20-19, but the Eagles answered with a 6-0 run to storm back in front by five.

Eventually, Heritage extended that run to 13-4, which gave the Eagles a 32-24 lead midway through the second quarter. The Lightning battled back again to within three points at 34-31, but from that point, Heritage went on to play with a bigger lead throughout the quarter.

The Eagles eventually gathered a 49-37 lead, their largest of the game, before Evangel cut it to 49-40 heading into the halftime break.

Coming out of the half, the Lightning made some adjustments and continued their late run from the first half with a 5-0 run to start the third quarter, which cut the deficit to four points at 49-45.

Heritage eventually went back up by eight points at 53-45, but the Eagles’ lead never grew any larger than that the rest of the night.

After going down 62-54 nearing the end of the third quarter, the Lightning put together another run. This time, it completely shifted the momentum of the game, as they ended the quarter on a 6-2 run to cut the deficit to four points at 64-60 heading to the final quarter.

Evangel continued that run into the final period of play, where the Lightning dominated, taking a 67-64 lead early in the quarter off a made 3-pointer.

They eventually extended that lead to 73-64 before Heritage even scored in the final quarter. The Lightning, however, went on to take a strong 12-point lead at 80-68, which became too much to overcome.

After falling behind 62-54, Evangel had outscored the Eagles 26-6 to storm in front and take a commanding lead. The Lightning went on to make free throws in the final minutes to close out the 86-77 victory.

Carson Hendon led the team with 25 points, 13 rebounds and four blocks, while teammate Xaveon Smith had 24 points and three steals. Hudson Hobbs and Tyler Henderson added double-figure scorers as well with 18 and 11 points, respectively. Henderson ended with a double-double after posting 16 rebounds as well.

Briarwood moves up, others shift regions in AHSAA football…