ALABASTER – A 26-year-old Alabaster man was arrested on Dec. 10 at Propst Promenade and charged with multiple counts of drug trafficking. 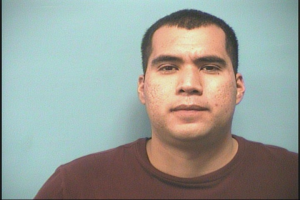 According to court documents, on Nov. 14, while on Colonial Promenade Parkway, Gabriel Orozco, who lists an address on Allen Drive, knowingly sold, manufactured or delivered 28 grams of methamphetamine.

Orozco is charged with three counts of trafficking methamphetamine, and as of Wednesday, Dec. 18, he remained in Shelby County Jail with a bond of $1.5 million.

Trafficking meth is Class A felony, which is punishable upon conviction with 10 years to life in prison and fines up to $60,000.

Orozco has a preliminary hearing set for Jan. 8, 2020 with Judge Daniel A. Crowson Jr.