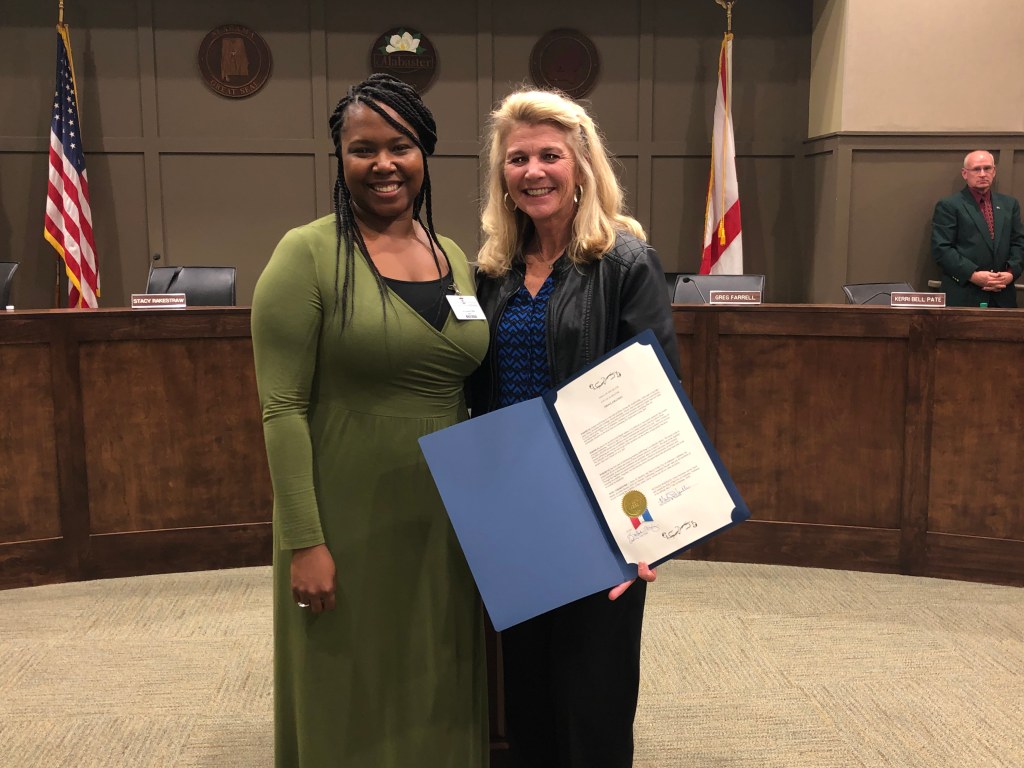 Handlon read a proclamation that shed light on human trafficking, which can take many forms, including debt bondage, forced marriage, slavery and commercial sexual exploitation. Because of its secretive and illegal nature, it can be difficult to know just how many people are victims of human trafficking, but the U.S. Department of State estimates that 600,000 to 800,000 people are trafficked across international borders each year.

“Most victims of human trafficking are women or children who have been marginalized and isolated from society. The difficulty in grasping the full scope of this problem can be further compounded because people often turn a blind eye to it,” the proclamation states. “The first step in eliminating human trafficking is to educate others. We must ensure that all residents are aware of this problem and how to spot it.”

TaChandra Bell, a member of the Junior League of Birmingham, attended the meeting to accept Handlon’s proclamation.

Bell said the league is working to help train hotel employees to recognize unusual situations that could be signs of human trafficking situations. She added that it could be something as simple as seeing a school-aged child at the hotel during school hours. The league has also educated Birmingham first responders about human trafficking.