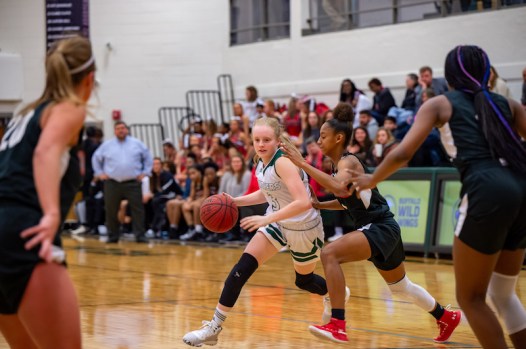 The Pelham Panthers picked up their 10th win of the season with a dominant home win against rival Thompson on Tuesday, Dec. 17. (For the Reporter/Larry Dancy) 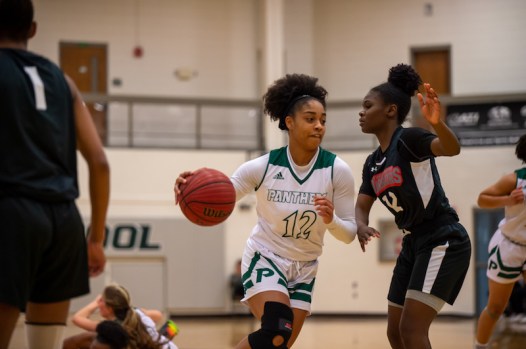 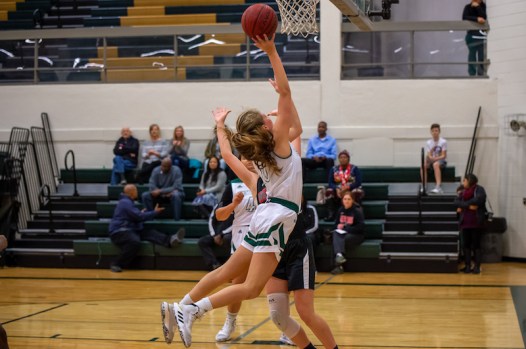 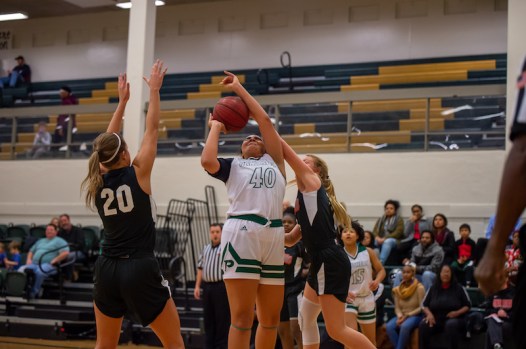 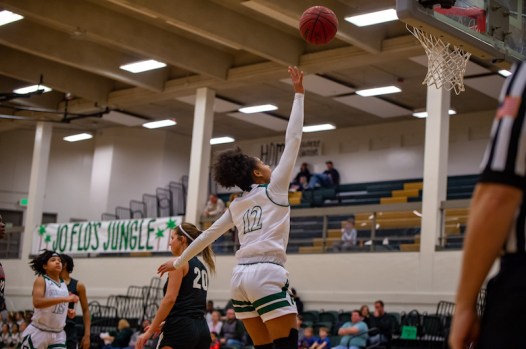 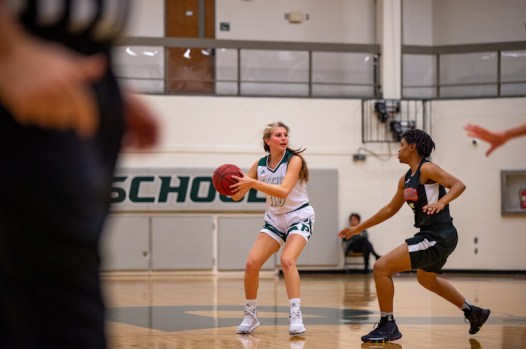 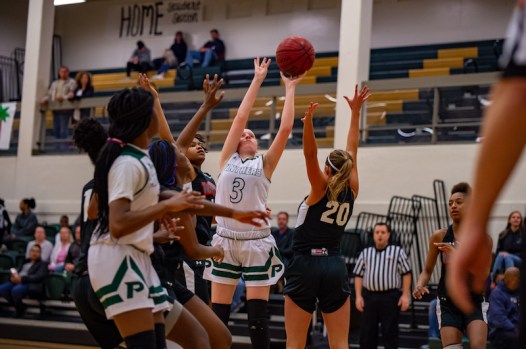 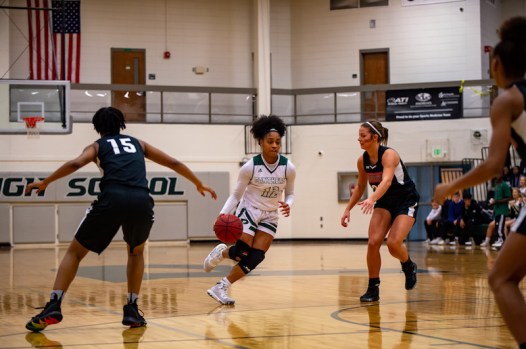 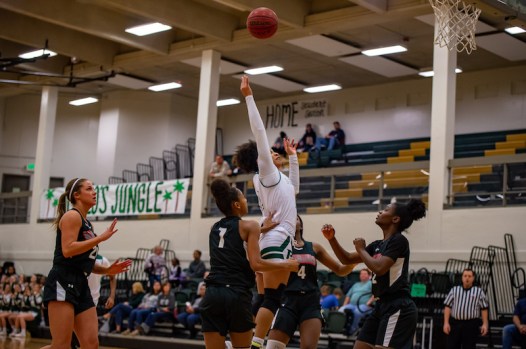 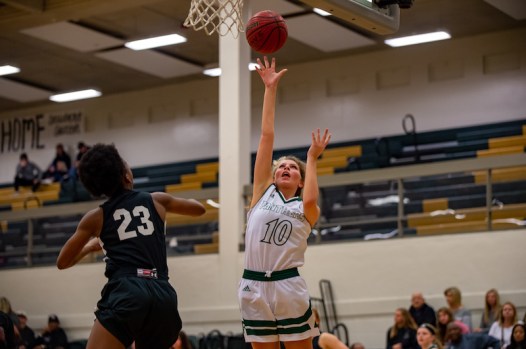 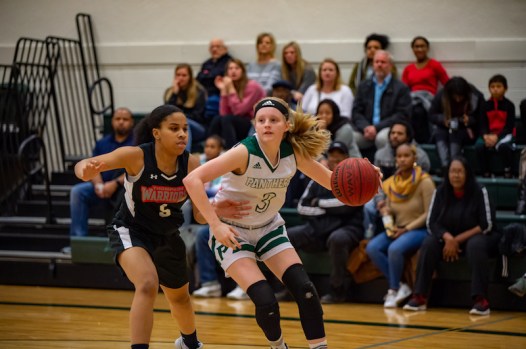 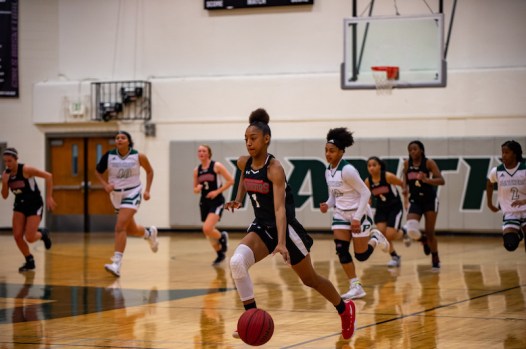 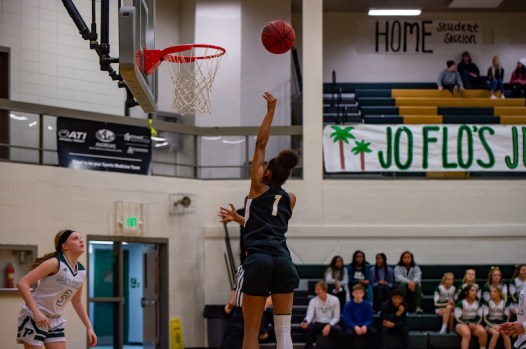 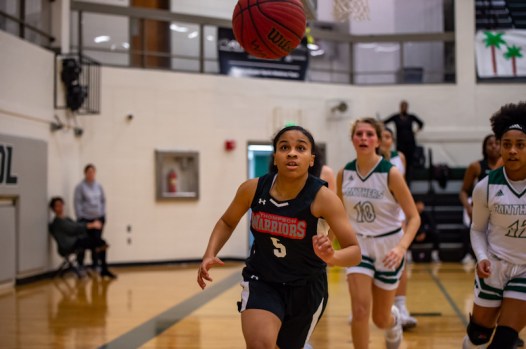 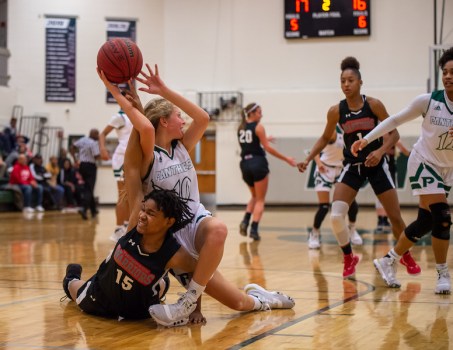 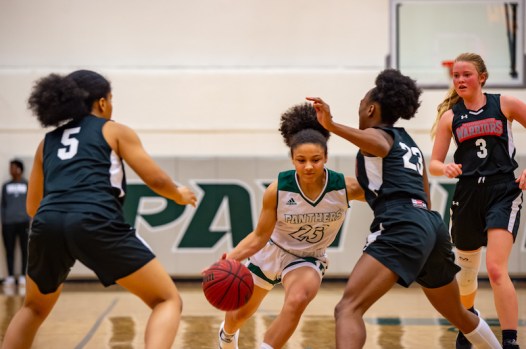 PELHAM – The Pelham Panthers took their fourth win in a row when they hosted the Thompson Warriors Tuesday, Dec 18. The Panthers are starting to garner votes for top 10 consideration and turned a close game into a comfortable victory with a big third quarter to win their 10th game of the season, 54-36.

The two teams played an even first quarter with Pelham taking a quick 8-3 lead, but Thompson answered with an 8-3 run of its own, as Alecia Reasor scored five of her nine points in the quarter.

The Warriors kept it close midway through the second quarter, but Pelham extended zone defense forced them outside and weren’t able to hit free throws when they drove into the paint.

Both teams had seven offensive rebounds in the first half, but Pelham was also able to convert more of those extra chances and went on a 7-1 run to close the half for a 24-17 lead.

Pelham (10-2) only got better after halftime, especially on defense.

The Panthers forced seven turnovers and only allowed one basket the entire third quarter. Thompson did hit seven of nine free throw attempts in the quarter, but it couldn’t stop an 11-0 Pelham run that ultimately made the difference in the game.

“It was a rough start, but I really like the effort my girls had after halftime,” said Pelham head coach Crosby Morrison. “We talked about changing a few things like getting more offensive rebounds and making sure we covered the plays we needed to cover on our press and we extended zone and it helped.”

Seven different Panthers scored in the quarter and the lead grew to 41-26 heading into the final frame.

The fourth quarter was a free throw fest with the two schools combining for 21 free throws.

The Panthers held Thompson to two field goals or less for the third consecutive quarter and forced an additional five turnovers to give them 22 for the game.

Laci Gogan led all scorers with 13 and Tamia Nelson added 11 for the Panthers.