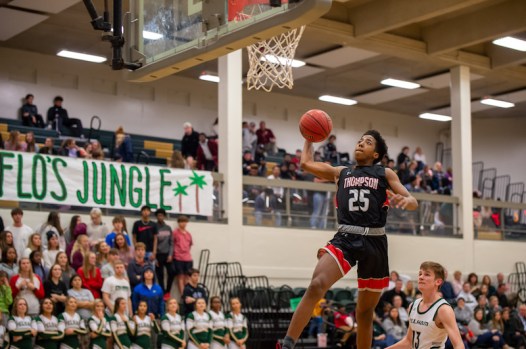 Thompson’s boys basketball team was able to snap a two-game losing streak and get back on the right track with a strong road win against rival Pelham on Tuesday, Dec. 13. (For the Reporter/Larry Dancy) 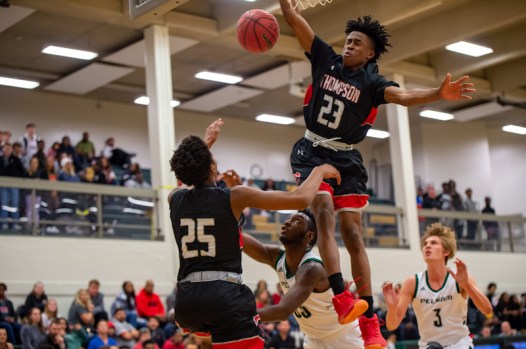 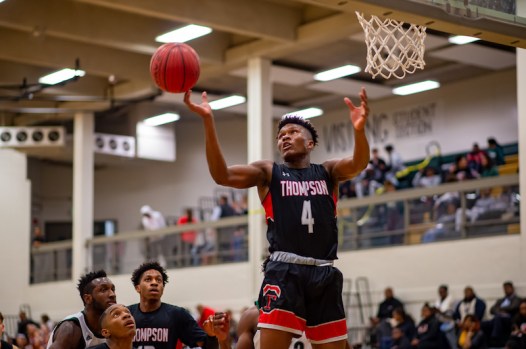 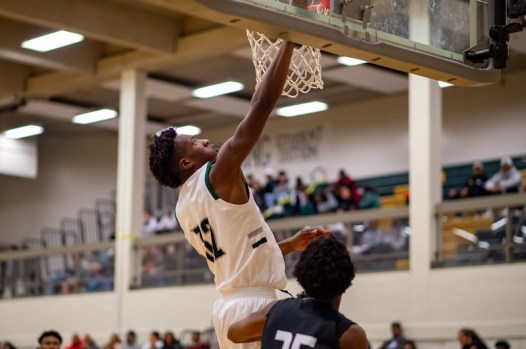 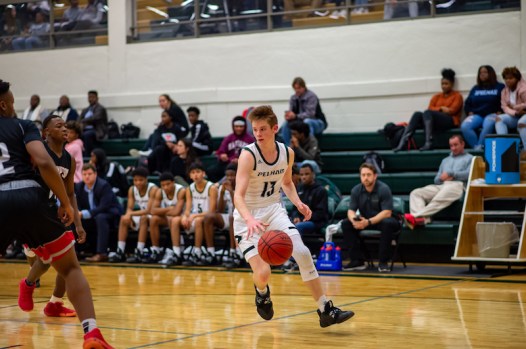 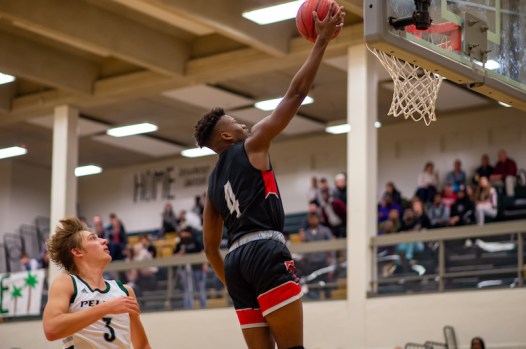 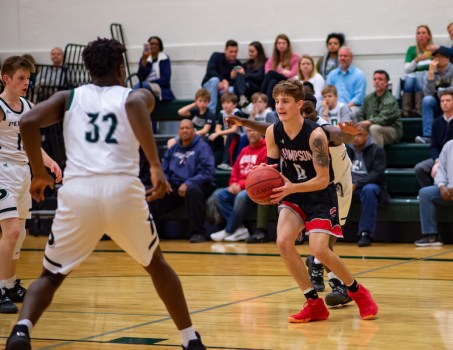 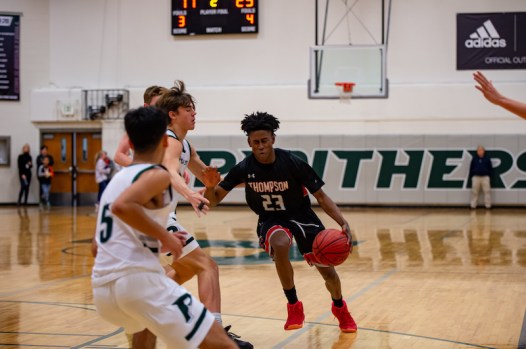 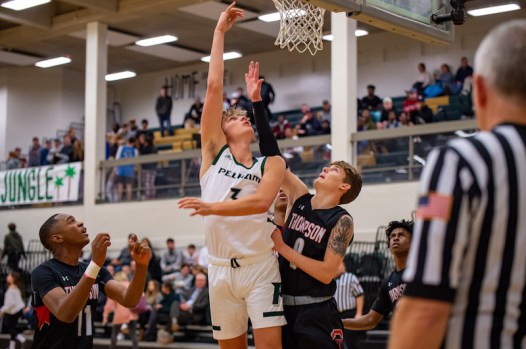 PELHAM – The No. 7 Thompson Warriors bounced back from a two-game losing streak to win the last of their four-game road trip, as they took down the Pelham Panthers with a strong defensive performance, 64-51.

“I thought our guys played hard and our rotations were a lot better than they’ve been at times throughout the season,” said Thompson head coach Dru Powell. “I thought we played together, played very unselfish and I believe that was a big component that led to a positive result for our team.”

Both teams battled to a 9-9 tie late in the first quarter, but the Warriors scored six straight to take the momentum. A late foul on a 3-pointer from Pelham’s Roy Gonzalez allowed the Panthers to draw within 15-12, but the Warriors were about to have it going on both ends.

Thompson (11-4) struggled to score in their games at Spain Park and Homewood, but regained its form in the second half behind three long range bombs from Zach Littleton.

Six Warriors scored in the quarter and doubled Pelham’s production to close the half with a 38-23 lead. Thompson also forced 14 turnovers before halftime.

Littleton scored five more in the third quarter, as the Warriors continued to keep the Panthers at arm’s length.

Xavier Lankford scored all six of his points in the quarter, but it wasn’t enough as Thompson took a 53-34 lead into the fourth.

Pelham finally found their stroke in the final quarter, but it was too late, as Thompson turned the Panthers over another seven times. Kendan Maddox scored 10 of his team-leading 12 points, while Blake Floyd scored seven of his 10. Gonzalez also finished with 10 for Pelham.

Littleton finished with 14 to lead all scorers. The Warriors also had double digit scorers in Chaney Johnson with 11 and Grant Hopkins with 10.

“Zach played well, Grant and Chaney played very well,” Powell said. “Those guys have been fairly consistent for us, but I thought when you look at our team we’re very balanced and I believe that showed tonight for us.”