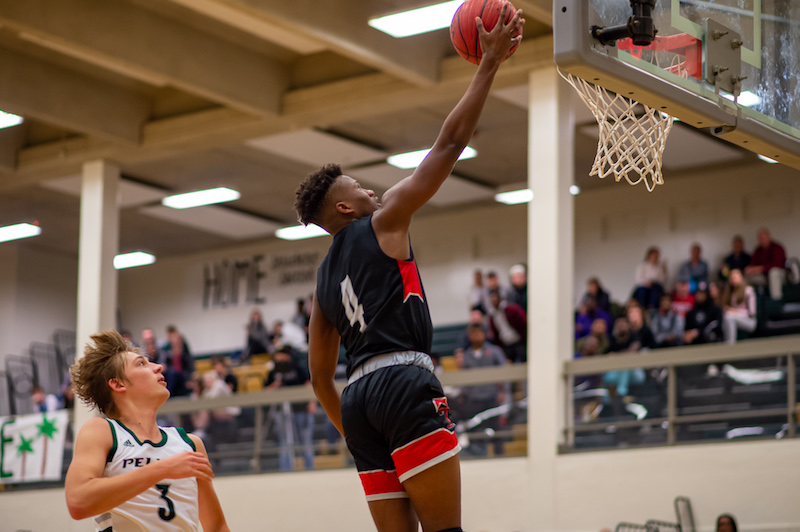 A total of 12 basketball teams were either ranked or nominated for a spot in their respective top 10 when the latest ASWA poll was released. (File)

When the latest basketball rankings were released by the Alabama Sports Writers Association on Wednesday, Dec. 18, 12 basketball teams from Shelby County were either ranked or nominated for a spot in their respective top 10.

Out of those 12, six were ranked inside the top 10 of their classification, including two teams residing in the top three. Those two teams remained Vincent’s boys and Spain Park’s girls, both of whom have had a special first half of the season.

Both held steady at the same spot the held in the first rankings a week ago, as the Yellow Jackets came in at No. 2 in Class 2A, giving them the highest ranking in the county, while the Jags were just behind in the Class 7A girls’ standings at No. 3.

Since dropping a game to Ragland by one point in the Coy Smith Thanksgiving tournament, Vincent has bounced back with six consecutive wins to improve to 9-1 on the season.

Their last two wins since the first rankings were released came by scores of 57-53 and 93-59 to Childersburg and Moody, respectively.

The other two boys’ teams ranked in the top 10 were Briarwood and Thompson.

The Lions actually improved a spot from the first rankings of the season, despite picking up their first loss of the year to a tough 6A Calera team. Briarwood is now ranked eighth in the 5A classification and sits at 8-1 overall on the season.

For the Warriors, they had won 10 games in a row, but then lost back-to-back games to Spain Park and Homewood to fall to 10-4 on the season. But since then, they bounced back with a big win against rival Pelham by a final of 64-51.

Outside of those three ranked teams, Spain Park (8-5), Calera (8-4) and Pelham all received votes for a spot in their respective top 10 heading into holiday-tournament play.

Spain Park’s girls didn’t play a game between the first and second rankings due to finals and preparation to host the 2019 Lady Jag Classic, but the Jaguars did hold steady at No. 3 in the Class 7A standings with a 10-2 record.

Two other teams that are gaining steam are Chelsea and Pelham in the 6A classification. Both still sit just outside of the top 10, but the Hornets are off to a 13-3 start, while the Panthers are 10-2.

In Class 5A, Shelby County came in at No. 9 with an overall record of 8-2 to this point in the season. With most of their starters back, the Wildcats should have a strong second half to the season after battling a difficult schedule early.

Briarwood also received votes for a spot in the 5A top 10 with a 6-1 record so far this season.

Jumping into the Class 1A standings this week was Westminster at Oak Mountain. As a Final Four team last year with several star players back, the Knights are off to a 7-2 start to the 2019-20 season and have played a difficult schedule.