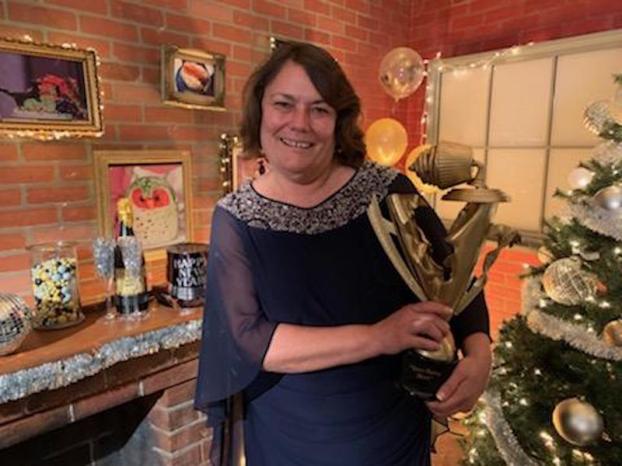 Lora Ramey rarely uses a measuring tool when baking, a technique that likely won her $10,000 after participating in a Netflix reality show.

“I have always loved to cook,” Ramey said. “I am usually cooking something and I never use a recipe. I just make what I think is good, and it usually turns out.”

Ramey, a Montevallo resident, was surprised to find out her daughter nominated her earlier this year for a reality cooking television show “Nailed It,” which airs on Netflix.

“I got an e-mail and didn’t understand why a cooking show was contacting me,” Ramey said. “My daughter had sent in a nomination for me, and they ended up contacting me and wanted to know if I wanted to submit something for consideration. That was close to Easter, so I submitted a video of me making a bunny cake, and then I had a Skype interview with one of the producers. They wanted to know if I knew things like what is the normal temperature to bake a cake and stuff. I guess they must have liked it, because they called me back.”

After interviewing with one of the show’s producers, Ramey was invited to participate in the filming of a holiday episode “New Year, New Fail,” which is currently airing on Netflix.

In the episode, Ramey is one of three competitors who has to make a festive cookie mask, and a spherical ball-drop cake to ring in the New Year.

According to Netflix, “Nailed It” pairs home bakers with a terrible track record, to have the opportunity to re-create edible masterpieces for a $10,000 prize. The show stars Nicole Byer and Jacques Torres, and will also have a guest judge participate in episodes.

Once Ramey was selected to participate in the show, she flew to Burbank, Calif. in June for filming of the holiday episode.

“The show sent me a plane ticket, I had a driver, it was a nice motel,” Ramey said. “I was picked up by the driver and taken to the studio. It wasn’t what I expected, but I still enjoyed it. The parts you don’t see on television are it took 13 hours to film an episode that most people watch in 30 minutes. There is a lot of behind the scenes stuff that happens.”

Ramey said contestants were provided an iPad with things to reference, and any ingredient or kitchen tool was available for use.

“Oh, they had everything you could think of and more,” Ramey said. “Some of the things they had I had never even seen or heard of before. I am just a simple cook so a lot of the tools and things were new to me.”

During the first portion of the competition, where contestants were asked to make cookie masks, Ramey said she did not do as well because of the decorating portion for the cookies.

“I have always struggled baking cookies because I don’t measure things so that wasn’t my strongest part of the competition,” Ramey said. “There were also a lot of decorating tools and things that I wasn’t really sure about.”

In the second half of the competition, contestants were asked to create the spherical ball-drop cake.

Ramey said a split-second decision to add mango flavoring to her cake batter is what she thinks set her apart as the winner.

“I like the taste of mango so I added it at the last minute, and the judges all said they loved the taste of the cake,” Ramey said. “I also doubled my recipe for the cake batter, which I think ultimately helped me as well because the other two contestants ran out of batter and didn’t have enough in the end.”

Ramey said since the show has aired, many find it funny that she used a ladle instead of a measuring cup on the show.

“People have joked with me since they have seen the show that they couldn’t believe I used a ladle,” Ramey said. “When I cook at home, I just use what I feel comfortable with and I don’t really follow any standard form for doing something.”

Ramey said she is grateful for the experience, and if she were asked to participate in a cooking show again, she would enjoy the opportunity.

In the meantime, she looks forward to spending time in her own kitchen at home, making what she is known best for: her pies.

“I love to bake pies, and I am told most people love my chocolate pie,” Ramey said. “I am just thankful for the opportunity, and will just keep doing what I love, which is to be in the kitchen.”

PCS Foundation to host ‘A Night of Purpose’ in February