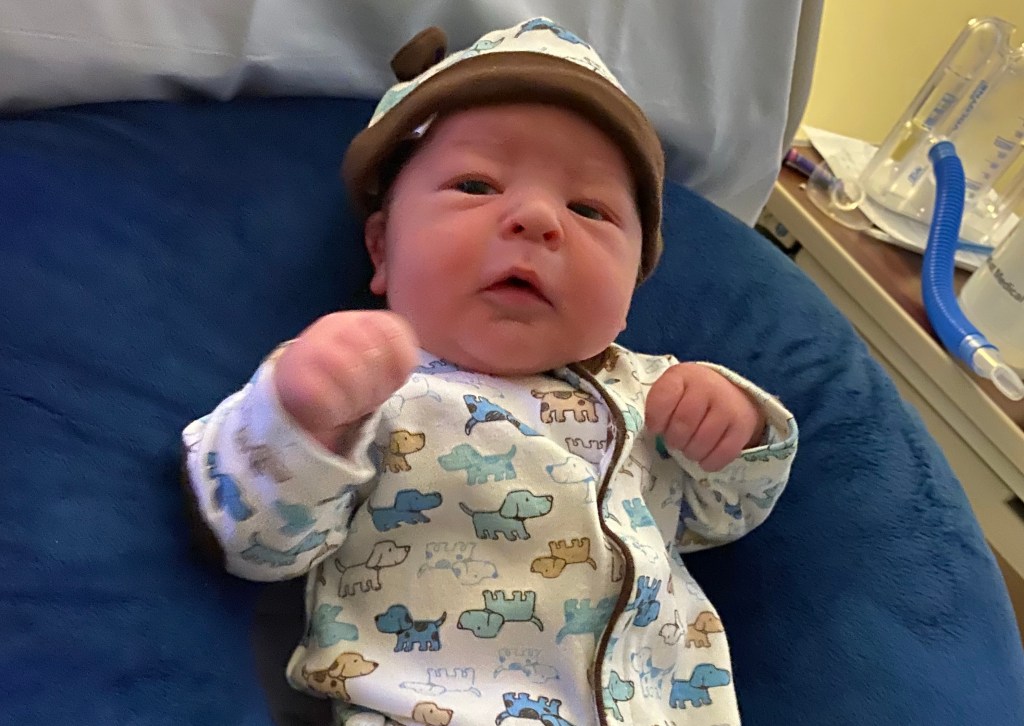 ALABASTER – On Jan. 1 at 10:55 a.m., Oliver Ray Williams made his entrance into the world at Shelby Baptist Medical Center, making him the first baby born in Shelby County this decade.

Oliver was born to first-time parents Matt and Danielle Williams, of Calera, weighing 9 pounds, 3 ounces and measuring 20.5 inches in length.

Matt Williams, 34, said the name Oliver was a great fit because his wife has always loved the name and he liked it because it’s a nod to his favorite comic book character, Green Arrow. His middle name, Ray, is the same as his paternal grandfather’s first name.

Williams said his son’s arrival came just a day earlier than expected. After learning that Oliver would be a bigger baby, the Williamses opted for a planned cesarean section set for Jan. 2, close to their Jan. 4 due date, but when his wife started having contractions on New Year’s Eve, plans changed.

“She had contractions almost all day on New Year’s Eve, so we decided to go to the hospital the next morning,” Williams said.

With Danielle, 30, in labor, doctors decided to perform the c-section a day early. Matt Williams said becoming parents has been accompanied with an array of emotions, from excitement and happiness to exhaustion and a bit of nervousness. But they are figuring it all out with the help of family.

“My parents and her parents have been with us for the whole ride helping us out, and Danielle’s sister is a labor and delivery nurse at the hospital so she was able to be there and help when he was born,” Williams said.

Williams said his wife’s doctor and nurses were impressed by how quickly she began walking and moving around after giving birth.

“It’s just been a really awesome experience overall,” Williams said. “With him being the first baby of the year, we’ve had people we don’t even know congratulating us and telling us how cute is he. This will be something cool to tell him about when he’s older.”