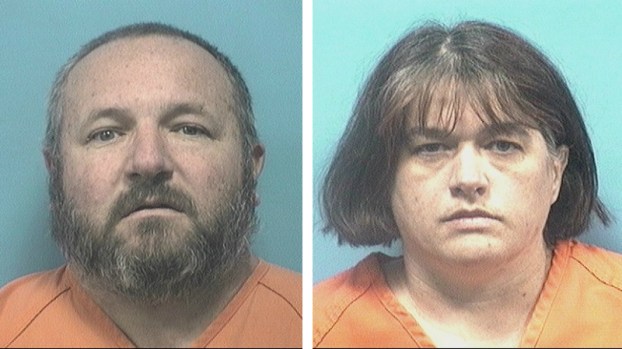 COLUMBIANA – The brother of a Helena teenager allegedly abused and tortured by his adoptive parents has filed a lawsuit against the couple seeking $5 million in punitive damages.

The lawsuit was filed on Friday, Dec. 27, in the Circuit Court of Shelby County by Eddie Carter, who according to the suit, lives in Arizona.

Richard Hobson Kelly and Cynthia Rogers Kelly, who both list an address in the 3000 Block of Spruce Drive in Helena, on Dec. 10 pleaded guilty to aggravated family child abuse for their treatment of their then-14-year-old adopted son.

They were arrested on Nov. 14, 2016, by Helena and Shelby County Sheriff’s Office police.

Following their guilty pleas and application for probation, a sentencing hearing in the criminal case has been scheduled for Feb. 24, 2020.

The civil lawsuit makes allegations in line with the Kellys’ indictment but also includes other information.

“He was forced by the defendants to live in ‘forced isolation’ and spent an average of 23 days in a concrete basement with little more than box springs, a strip of fly paper and an algebra textbook,” the lawsuit states about the victim. “During the weekend of Nov. 12, 2017, [the victim] was taken to Children’s Hospital in Birmingham. Upon arrival at the hospital, he weighed 47 pounds at the age of 14 years. He was severely and chronically malnourished, dehydrated, suffering from acute respiratory distress, shock, hypothermia, hypothyroid and was close to death.”

The lawsuit also alleges that “the door to the basement where [the victim] was forced to live was locked and [he] was led to believe by the defendants that there was an active surveillance camera that was monitoring the activities of [the victim].”

Also, the suit alleges that the victim was “fed only once a day and fed food other than what the defendants and other family members ate.”

The plaintiff’s attorney is Roger C. Appell of Birmingham.

Ellis recognized for law that will save counties money

COLUMBIANA – Alabama Rep. Corley Ellis (R-Columbiana) was recognized by the Shelby County Commission on Monday, Dec. 23, for his... read more