COLUMBIANA – A 50-year-old Pelham man has been arrested and charged with attempted murder after he allegedly pulled a handgun and fired a shot at a man walking his dog near a fast food restaurant on U.S. 31 in Hoover. 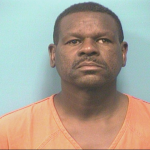 George Leonard Youngblood, who lists an address in the 1900 block of Montgomery Highway in Pelham, was arrested by the Hoover Police Department and placed in the Shelby County Jail on Jan. 2 on a bond totaling $30,000.

According to his arrest warrant, on Dec. 20, 2019 Youngblood allegedly “approached the victim who was walking his dog in front of Back Yard Burgers on Montgomery Highway and accused the victim of owing him $200. Youngblood punched the man, and as the victim walked to tie off his dog in a nearby area, Youngblood was pointing a Glock handgun at him and fired the weapon once and missed.”

Attempted murder is a Class A felony in the state of Alabama. If found guilty, Youngblood could face up to life in prison.

Youngblood remains in the Shelby County Jail on a bond totaling $30,000 and a preliminary hearing has yet to be filed in the case.