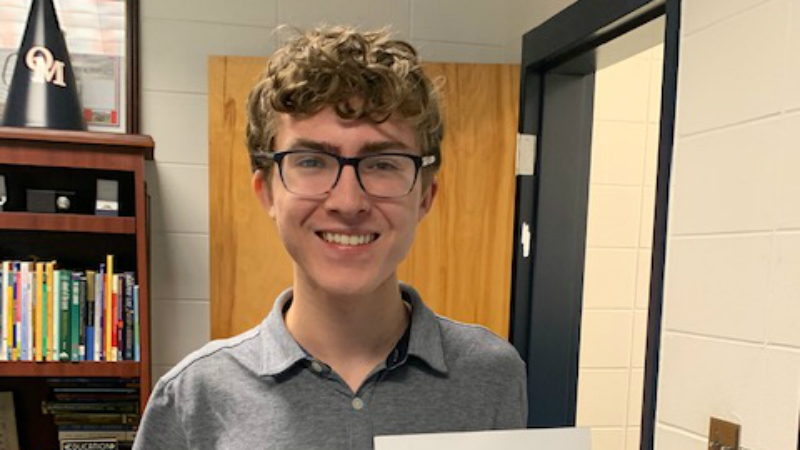 NORTH SHELBY – Oak Mountain High School student Matthew Bray has been selected as one of only two students to represent Alabama as a delegate to the United States Senate Youth Program to be held in Washington, D.C. from March 7-14, 2020.

The USSYP is an intensive week-long educational experience sponsored by the U.S. Senate that nurtures an important reservoir of student talent and energy toward the high purpose of public service.

It was founded in 1962 through Senate Resolution 324 to increase young Americans’ understanding of the interrelationships of the three branches of government, the caliber and responsibilities of federally elected and appointed officials, and the vital importance of democratic decision making.

Each year two of the highest-achieving students from each state, the District of Columbia, and the Department of Defense Education system overseas are selected through an extremely competitive merit-based selection process held at the state departments of education nationwide.

Administered and funded by The Hearst Foundations since inception, the USSYP utilizes no government funds.

Qualified students—those already serving in an elected or appointed capacity with excellent academic performance—are nominated by their teachers, principals, and guidance counselors. Delegates are each awarded a $10,000 college scholarship with certificates often personally presented by their U.S. senators, and are encouraged to continue coursework in history, government, and public affairs.