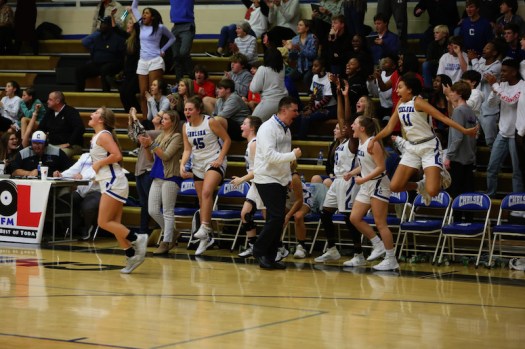 Chelsea escaped its area opener with a double-overtime victory against rival Pelham on Tuesday, Jan. 7. (For the Reporter/Cari Dean) 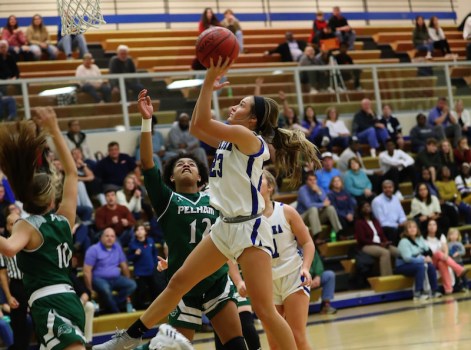 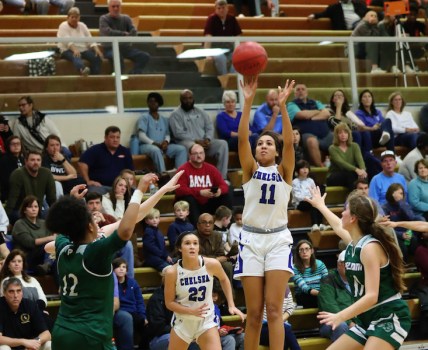 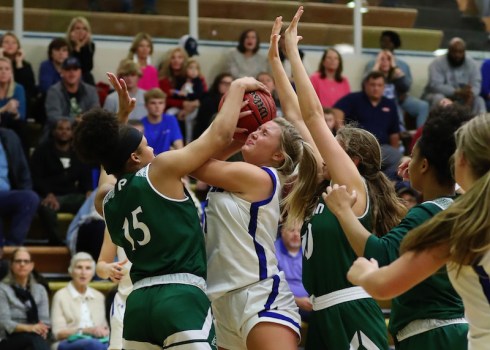 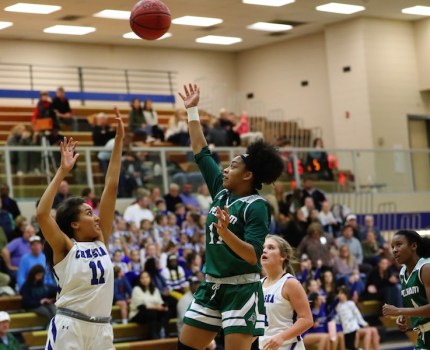 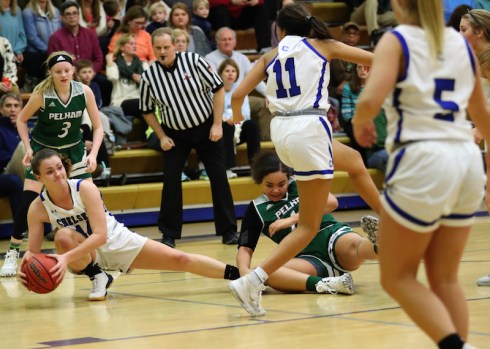 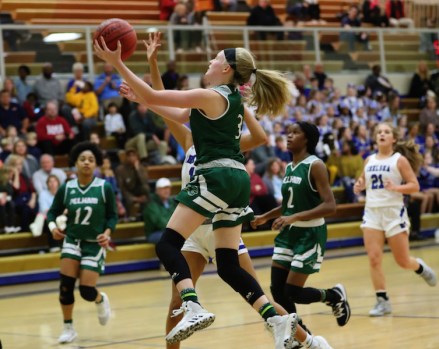 CHELSEA – Fireworks were set to put on a show when two of the most improved teams in Shelby County met to open area play on Tuesday, Jan. 7, as the Chelsea Hornets hosted the Pelham Panthers in a rivalry matchup.

The two teams went blow for blow through not just one overtime, but two overtimes, before Chelsea was able to capitalize on a few late free throws to put away a tightly contested 66-63 victory.

Pressley Rains and Jordan Parker were both key in the win for the Hornets (16-4, 1-0) with each having points in both overtime periods and Rains knocking down two key free throws in the second overtime to help seal the win.

Rains led the way with 21 points, while Parker was a point behind with 20 points.

The game, however, started in Pelham’s favor thanks to a dominant start on the offensive end. The Panthers (14-4, 0-1) came out and put up 19 points in the opening quarter thanks to three different players scoring at least four points, including eight from Laci Gogan, who knocked down two 3-pointers.

Chelsea’s start wasn’t a slow one either, as the Hornets posted 14 points themselves behind eight from Rains.

More importantly for the Hornets, their defense made a drastic improvement over the next two quarters. After giving up 19 in the opening quarter, Chelsea allowed just three field goals and six points in the second period.

That allowed the offense to come back and tie the game going into the halftime break, as they posted 11 more points to make the score 25-25.

Both teams made adjustments at the halftime break, which led to a very defensive third quarter of action.

Neither team found much success offensively, as Chelsea posted just nine points and Pelham just eight points, but that one-point difference allowed the Hornets to take a 34-33 lead into the final quarter.

But Pelham had one final run up its sleeve.

The Panthers were able to put two difficult offensive quarters behind them and found success from Victoria West and Tamia Nelson in the final quarter. Those two combined 10 points, while the team posted 15 points, including a 4-5 mark from the free throw line.

Chelsea had a strong quarter itself with 14 points, but the Hornets missed five free throws in the period. Just one more make would have ended the game there, but instead, Pelham was able to force overtime with a 48-48 tie.

In the first overtime period, Pelham was clutch again from the free throw line, going 6-8 from the line, accounting for six of the Panthers’ eight points in the period.

Chelsea was just as clutch in the period, making three of five from the line, but also getting a huge 3-pointer from Rains as well as five total points from her to help tie the game again at 56-56 and force a second overtime.

In the second overtime, the Hornets continued that strong play, making another four of five from the line and totaling 10 points, while their defense also stepped up by limiting free throw opportunities.

That helped limit the Panthers’ production and did just enough to limit them to seven points and lead to the three-point win for the Hornets.

In addition to Rains and Parker putting together strong performances, Sydney Schwallie added 11 points before fouling out.

Pelham was led by Victoria West with a double-double performance of 16 points and 12 rebounds.