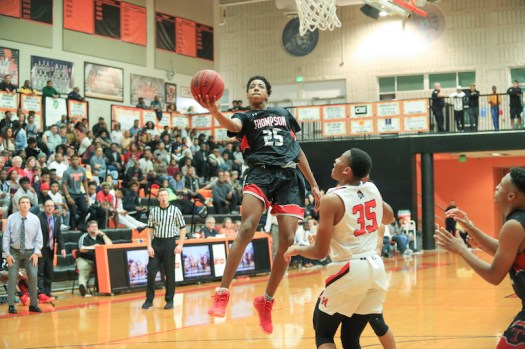 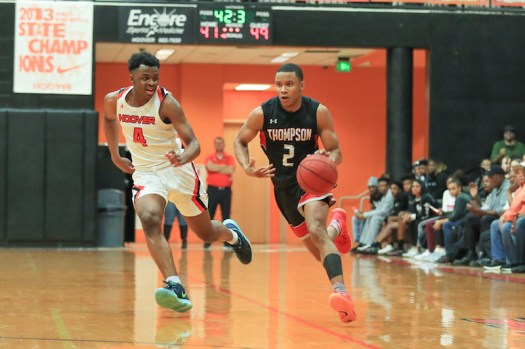 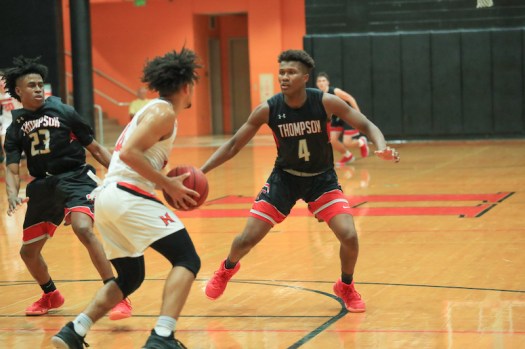 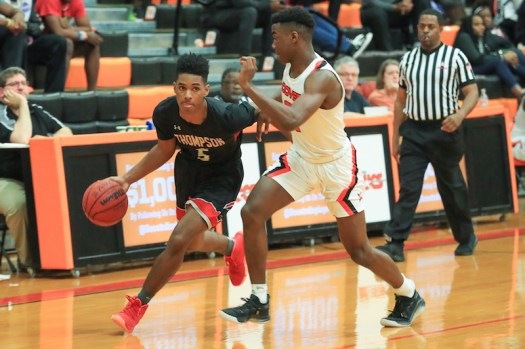 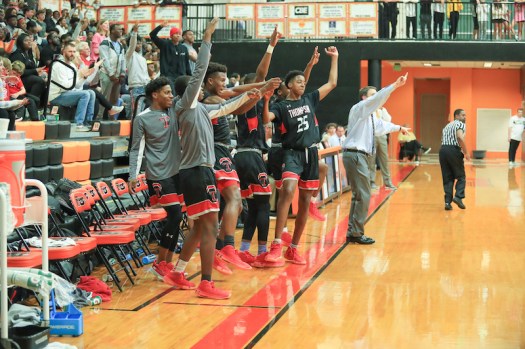 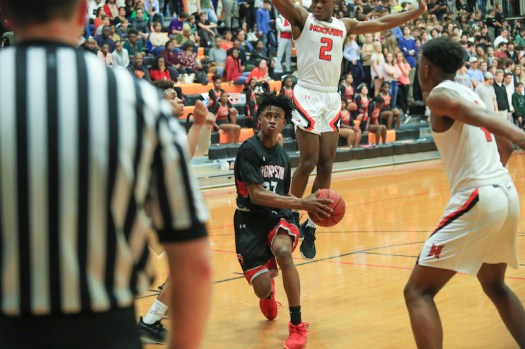 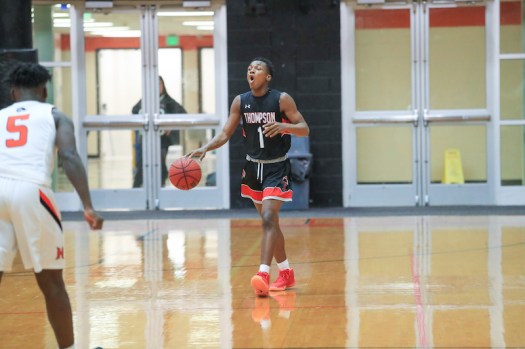 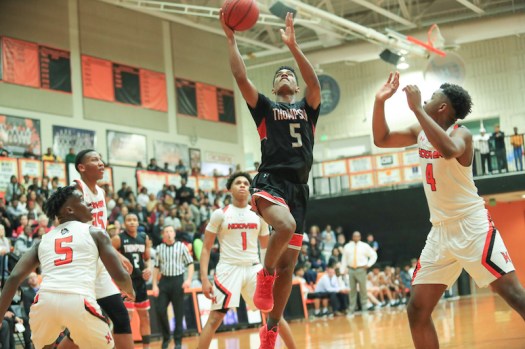 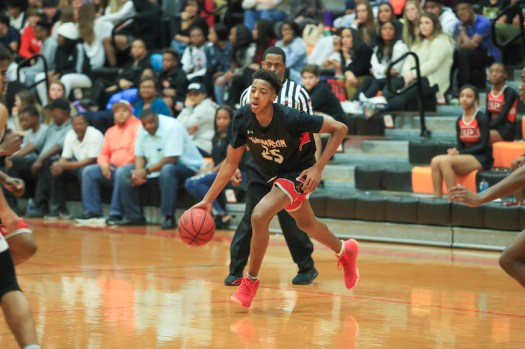 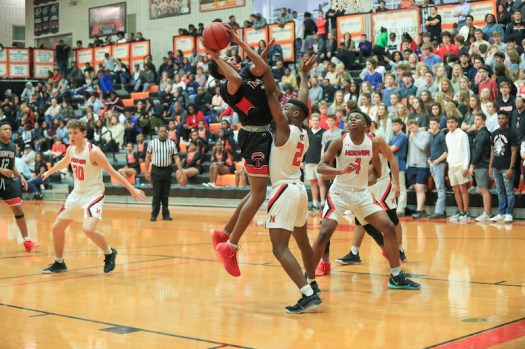 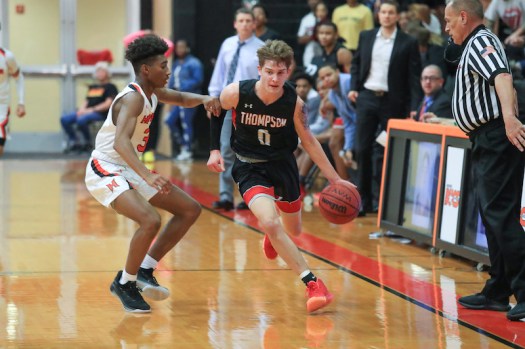 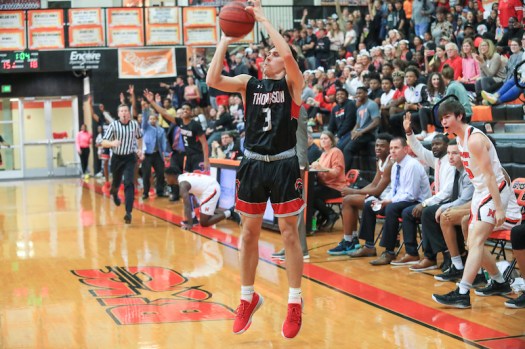 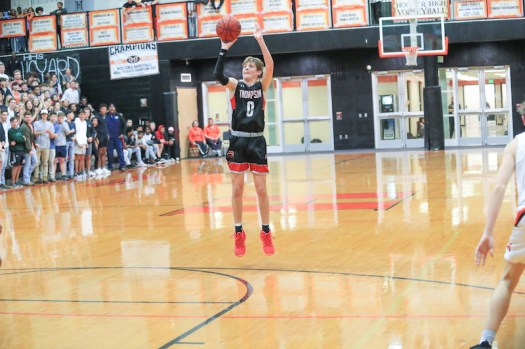 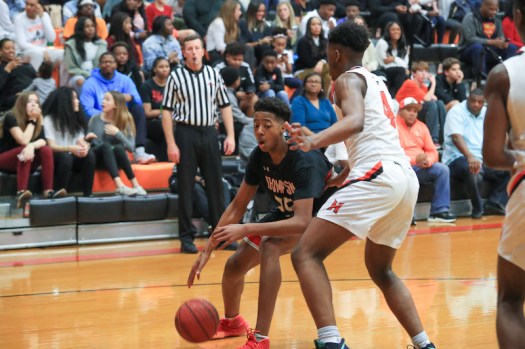 HOOVER – During the 2018-19 basketball season, the Thompson Warriors let three games against the Hoover Buccaneers slip away, but during the first meeting of the 2019-20 season, the Warriors got their revenge.

Playing with that extra chip on their shoulders, the No. 3 Warriors met the No. 5 Bucs again on Friday, Jan. 10, in a top-five battle. In a game featuring a combined 44 fouls, Thompson led from start to finish and made eight of 11 free throws in the final quarter to put away a dominant 76-58 victory.

With the win, Thompson won its fifth game in the last six contests and improved to 2-0 in area play and 17-6 overall on the season.

In the opening quarter, the Warriors made it known they weren’t going to be shy shooting the basketball, and they came out on fire. Four different players had at least four points in the period, led by Zach Littleton’s five points, which led to a team total of 22 points on the offensive end in a picturesque start.

Hoover had a solid opening quarter as well, but the Bucs totaled 15 points, as Thompson’s defense did enough to give the team a seven-point lead with how well the offense had played.

That was just the start of a dominant offensive night for the Warriors, who posted at least 15 points in every quarter.

In the second period, the Buccaneers put up 15 points again in a consistent offensive start, but two 3-pointers from Jack Dorolek of Thompson became key in outscoring Hoover 17-15 in the period to give Thompson a 39-30 advantage at the break.

Coming out of the half, both teams looked to make adjustments on the defensive end of the floor after an offensive first half, which led to a lower scoring third period.

Thompson was still able to put up 15 more points, however, behind Chaney Johnson. The team leader from a scoring standpoint from much of the year got off to a slow start in the first half due to foul trouble, but made the most of his opportunity in the third quarter with eight points.

That, along with another strong defensive effort that saw the Warriors give up just 11 points, allowed Thompson to extend its lead to 54-41 heading to the final period.

With the 13-point lead, the Warriors looked to protect the lead and close the game out, and they didn’t just do that, they posted their second 22-point offensive quarter of the night to leave no doubt.

Grant Hopkins closed out a 17-point game with an eight-point fourth quarter that featured a 5-8 mark at the free throw line, while Steven Walker went 3-3 from the line in the fourth for five points in the quarter.

Hoover did score its most points of any quarter with 17, but it wasn’t nearly enough to overcome Thompson’s efficiency.

Johnson posted 16 points for the Warriors, 12 of which came in the second half, while Walker finished with 11 points.