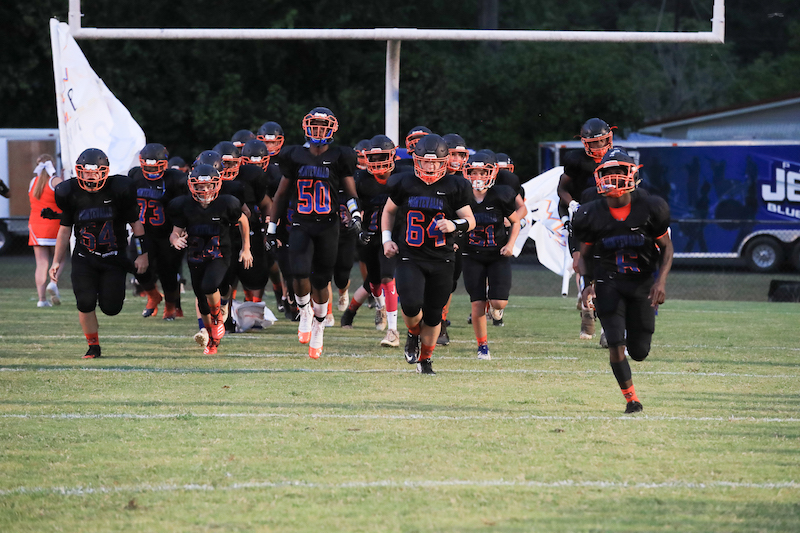 The Montevallo Bulldogs will take on a difficult schedule during the upcoming 2020 season, but one that looks to be an exciting challenge. (File)

The Montevallo Bulldogs will enter the 2020 season with a new coach after the Bulldogs and former head coach Brandon Wilcox departed ways in December 2019, and whoever that new coach is will have a difficult schedule to contend with.

The Bulldogs recently released their 2020 schedule, and with a difficult non-region schedule and several new region opponents added, this year’s slate will be a true test of their talent.

Non-region wise, Montevallo will open the season with back-to-back road games against Marbury and Shelby County on Friday, Aug. 21, and Thursday, Aug. 27, respectively. The difficult aspect will be that both of those teams reside a classification higher than the Bulldogs in Class 5A, making it two difficult tests out of the gate.

Then, to make non-region life even more difficult, Montevallo will end the season on Friday, Oct. 30, with a home game against Maplesville, who won three consecutive state titles between 2014 and 2016 and has made it to at least the second round of the playoffs each season since 2009.

Maplesville is a lower classification team and didn’t look as sharp under first-year head coach Brad Abbott last year, but the Red Devils are still a dangerous team.

And region play won’t be a cupcake for the Bulldogs either. After back-to-back second-place finishes in the region, Montevallo will now not only have to deal with American Christian Academy, but Bibb County, who has been a strong state title contender at the 5A level the last few years.

Montevallo’s first three games of region play will be at home, but the first two are against American Christian and Bibb County, which makes a 0-2 start a real possibility depending on the talent of those two teams as well as how fast the Bulldogs start the season.

Following that difficult four-game stretch to the season, Montevallo will host Wilcox Central on homecoming. Wilcox is coming off a season where its only win was a forfeited victory in a game that was technically lost 38-6. That said, the Jaguars have been a 5A team and are moving down to Class 4A looking to regain some confidence.

That will lead into a three-game road trip for the Bulldogs, all of which will be against region opponents starting on Friday, Sept. 25, with a matchup against West Blocton.

Montevallo will then return home for its final two games.