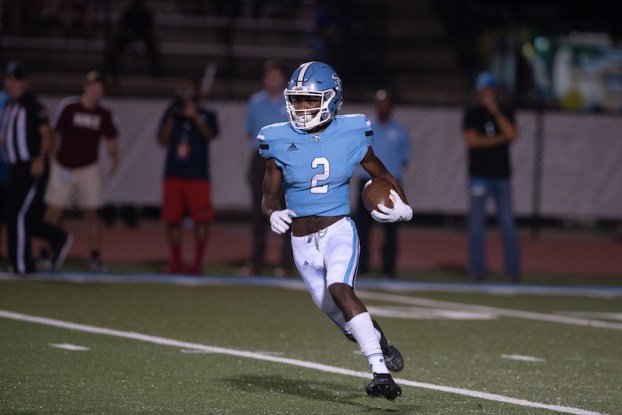 The Spain Park Jaguars released their 2020 football schedule, which sets up an exciting season. (File)

On Jan. 10, the Spain Park Jaguars released their football schedule for the upcoming 2020 season, and it features some new additions after the latest reclassification was released near the end of 2019.

This year’s schedule will keep familiar opponents like Hewitt-Trussville, Thompson, Oak Mountain, Hoover, Vestavia Hills and Tuscaloosa County, but it will also have some exciting additions.

In region play, the Jags will now take on Gadsden City, who will replace Mountain Brook in Class 7A, Region 3. Outside of region play, Spain Park will have exciting opportunities against Huntsville Briarwood and Hueytown, all of which will be played on the road.

That will lead into an exciting opportunity on Friday, Aug. 28, as the Jaguars will hit the road for a short trip down to Briarwood Christian School in what is set to be an exciting in-county battle of U.S. 280 area teams.

Following that two-game road trip to begin the season, the Jags will play their first home game on Friday, Sept. 4, against Hewitt-Trussville, which will also mark their region opener.

That will mark the first of two consecutive area home games, as Spain Park will then host defending Class 7A State Champion Thompson on Friday, Sept. 11.

Following those two games, the Jaguars will take on Gadsden City on the road on Friday, Sept. 18. It marks the first time the two teams will meet in an area game, but the fourth time overall. The Jags are 3-1 all-time and won the last two matchups between 2016 and 2017.

That will lead into a bye week, before the Jags then get set to travel down the road to take on rival and area foe Oak Mountain on Friday, Oct. 2.

Spain Park will then return home on Friday, Oct. 9, but it will come against crosstown rival and perennial power Hoover, who the Jags haven’t beaten since 2015. There two wins in 2015 mark the only two head-to-head wins in school history, while the Jags have won another game via forfeit.

That will mark the first of two consecutive home games for Spain Park, who will then turn around and host Vestavia Hills on Friday, Oct. 16.

But it will be the final home game of the 2020 season for the Jags, who will then hit the road on Friday, Oct. 23, and Friday, Oct. 30, for games against Tuscaloosa County and Hueytown, respectively.

The Jaguars finished the 2019 season at 4-6 overall and lost three games by seven points.