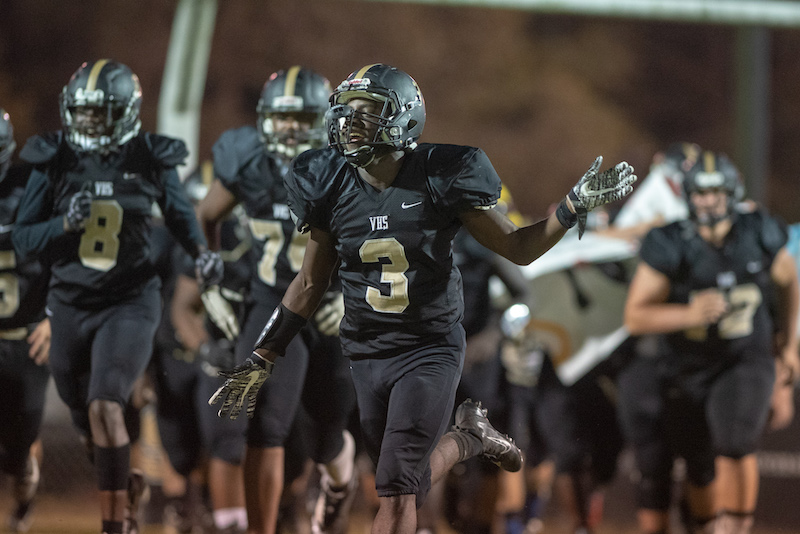 The Vincent Yellow Jackets will face one of the most difficult schedules in the county during the 2020 season. (File)

The Vincent Yellow Jackets are coming off a difficult 2-8 season in 2019, but it’s a team that continues to grow and move in the right direction, and that will be the hope again in 2020, as they look to find a way back into the playoffs.

But if Vincent is going to make that happen, it will have to go through an extremely difficult region that will have several difficult additions to the upcoming schedule.

The Yellow Jackets will open the 2020 season on a Thursday night when they hit the road to take on Winterboro on Aug. 20. Vincent is 22-13-2 all-time against the Bulldogs, but the last two years, the two have split their matchups with the Jackets winning in 2018 57-14 and the Bulldogs winning last year 40-24.

Vincent will then return home the following Friday, Aug. 28, for its last game before non-region play when Billingsley will come to town. The Yellow Jackets hold a 4-1 record against the Bears all-time, but the two haven’t met on the field since 2011. Billingsley is a 1A team and is coming off a 5-6 campaign in 2019.

The Yellow Jackets will open up region play on Friday, Sept. 4, with a home game against Ranburne, who they are 3-3 against all-time, but have lost to the last three meetings in a row.

That will lead into a matchup against Horseshoe Bend on Friday, Sept. 11, which will take place on the road. That feels like a must-win game, as the Jackets have won that matchup the last three years in a row.

The same can be said about the matchup that looms a week later as well when Vincent returns home to host Fayetteville. The Yellow Jackets have lost the last two in a row and four of the last five to the Wolves, but with the schedule that looms in the second half, winning that one will be key.

Following that game, Vincent will have a bye, but will be getting set for one of the most difficult stretches in Class 2A for anyone.

It will start at home on Friday, Oct. 2, when Lanett comes to town. The Panthers have won a title at the 1A and 2A level in the last three seasons and will now move back up to the 2A classification and into Vincent’s region yet again.

Vincent is 0-3 against Lanett with those three losses coming by a combined 176-27, making that the toughest game on the Yellow Jackets’ schedule.

Following that tough game, it won’t get any easier, as the Jackets hit the road for a matchup with Randolph County. Randolph has been a 3A team and went to the third round of the playoffs last year, and with the move down to Class 2A for the next two years, the Tigers will become one of Vincent’s most difficult opponents.

The Yellow Jackets will then host B.B. Comer on Friday, Oct. 16, who was another 3A playoff team last year, before then traveling to take LaFayette on Friday, Oct. 23, who finished second in last year’s region standings.

Vincent will close the season with a final home game on Friday, Oct. 30, against Prattville Christian, and while Prattville didn’t win a game last year, it’s another 3A team.