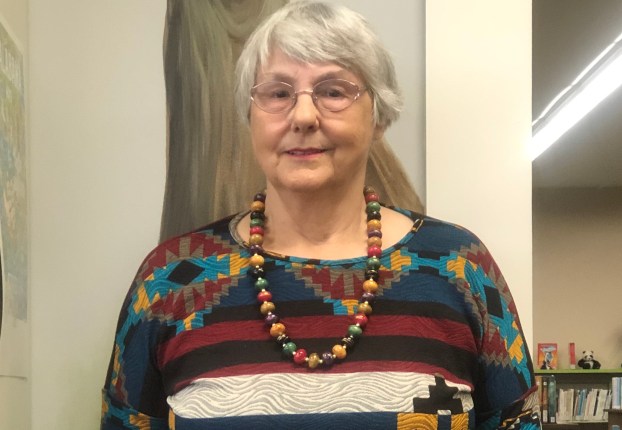 Nancy Davis spends much of her time volunteering in animal rescue and at her church. (Contributed)

“I got my first horse at age 12,” Nancy Davis said. “I can’t remember not ever wanting one.”

She has volunteered with the Birmingham Humane Society to rehome and train horses. Today, she oversees a small horse rescue operation.

“You might say it’s a ‘retirement home for horses,’” she said.

Her commitment to the wellbeing of animals extends beyond horses.

For over 15 years, Davis has volunteered with the Shelby County Humane Society, where she assists with dog and cat rescue.

She fosters up to five felines at a time, and sometimes, the assignment involves a mother and her babies. The animals are fostered anywhere from two to six weeks.

In addition to her work at the shelter itself, Davis also volunteers her time and energy setting up booths for the shelter fair, which has won second place several times for the best decorated booth.

“I’ve been through some tough stuff. If I didn’t have my animals, I don’t know what I would have done,” Davis said.

Davis’s relationship with her church family at Good Hope Methodist Church in Columbiana has spanned the past 30 years.

She propagates flowers for the church yard sale. Her specialty being the variegated bearded iris and the camellia.

The Women’s Ministry program sponsors fundraisers for charities such as Owens House, The Shelby County Children’s Advocacy Center, which provides services and programs to serve child victims of abuse and their families.

Good Hope has teamed up with First Baptist Church of Columbiana ministries to assist families that have experienced tragedy, such as loss due to fire, and for First Baptist’s holiday outreach campaign during Thanksgiving and Christmas season.

The fourth of five children, Davis, 77, grew up in the small community of Walkers Chapel in Fultondale, Alabama.

She was branch manager of Roche Biomedical for 15 years and oversaw the book collection and exchange operations for Harrison Regional Library.