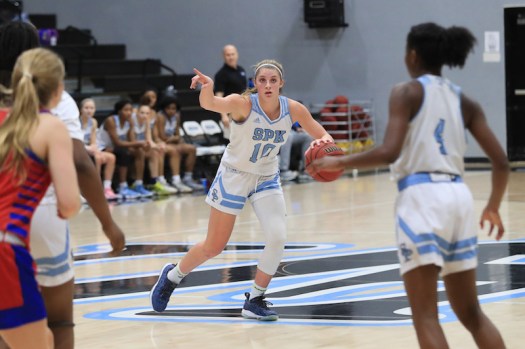 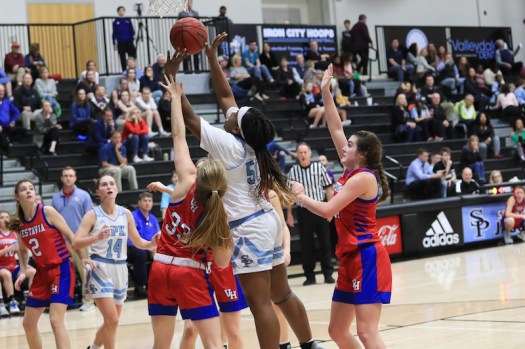 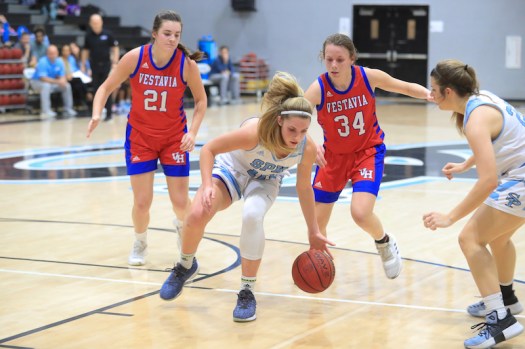 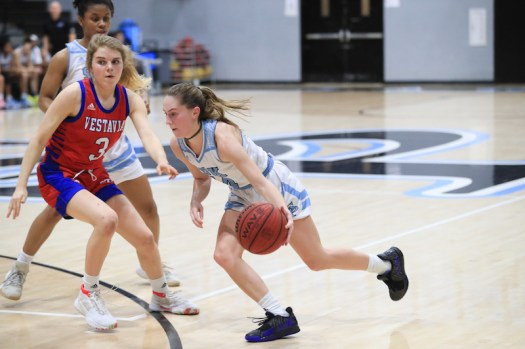 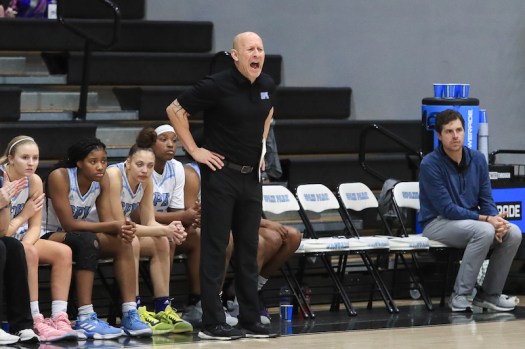 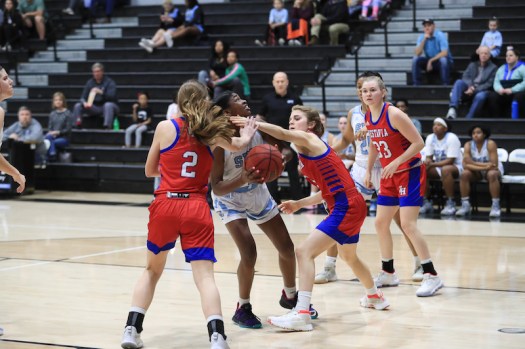 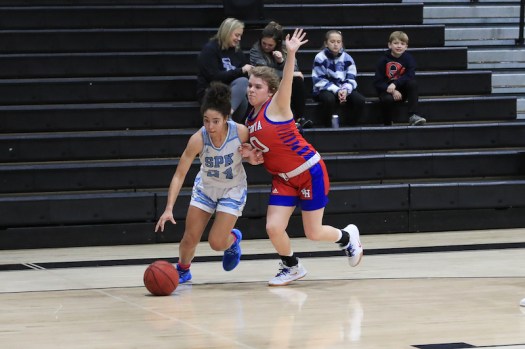 HOOVER – Sarah Ashlee Barker continued a stellar senior season on Tuesday, Jan. 14, when she dropped 36 points to lead the Jaguars to an area victory over Vestavia Hills by a final score of 61-43.

Barker’s impressive night started in the opening quarter when she posted seven of her team’s points, but overall, it was a slow start for the Jags as a team on the offensive end of the floor with just nine points.

The defense, however, showed up to play and limited the Rebels to just three made field goals and nine points as well.

At that point, it looked as if a tight game was in store between the two area foes for the night, but Spain Park started to create a bit of separation thanks to a strong second quarter.

The Jags got eight more points from Barker, including two 3-pointers, while Camille Chase also knocked down a shot from beyond the arc to help them post 16 points in the period.

Defensively, Spain Park continued a strong night that lasted throughout the entire game, as the Jaguars limited the Rebels to just 11 points, which allowed them to take a 25-20 advantage into the halftime break.

But as head coach Mike Chase is known for, he got his team to wake up on the offensive end with adjustments during the break.

That helped her team post 22 in the period, while the defensive effort helped the Jaguars pull in front by a comfortable margin after holding the Rebels to 12 points to take a 47-32 lead into the final quarter of play.

In the fourth, Barker had seven more points, while Chase knocked down two 3-pointers to help the Jags ice the game. Defensively, they held Vestavia to 11 points for again, which meant they had held the Rebels to 12 or less in every quarter of the game.

Aside from Barker’s game-high 36 points, the Jaguars also got nine points, all on 3-pointers, from Chase.