Arrest made in convenience store robbery

HOOVER – A man who allegedly robbed a Hoover convenience store at gunpoint was caught Monday, Jan. 13, following a foot pursuit. 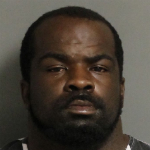 The Hoover 911 call center received a robbery alarm for the Riverchase Shell station, which is located at 110 Riverchase Parkway East, at 7:31 a.m. Jan. 13, according to information released by the Hoover Police Department.

Witnesses reported that a suspect wearing a white mask entered the store with a handgun and demanded money from the clerk, HPD said.

A responding officer saw the suspect flee in a vehicle, and a “be on the lookout” notice was issued to surrounding agencies.

Deputies from the Jefferson County Sheriff’s Office encountered the vehicle on Interstate 459 North near Interstate 20 where it was involved in a crash. The suspect fled the crash site on foot but was captured a short time later, according to the press release.

Dennis Dewayne Davis, 35, of Birmingham was transported to the Hoover City Jail without further incident and then transferred to the Shelby County Jail, where he is being held on bonds totaling $40,000.

Davis has been charged with first-degree robbery and felon in possession of a pistol.

Childersburg man arrested for sex with child under age 12

FROM STAFF REPORTS COLUMBIANA – A Childersburg man has been arrested and charged in Shelby County with five felony counts... read more