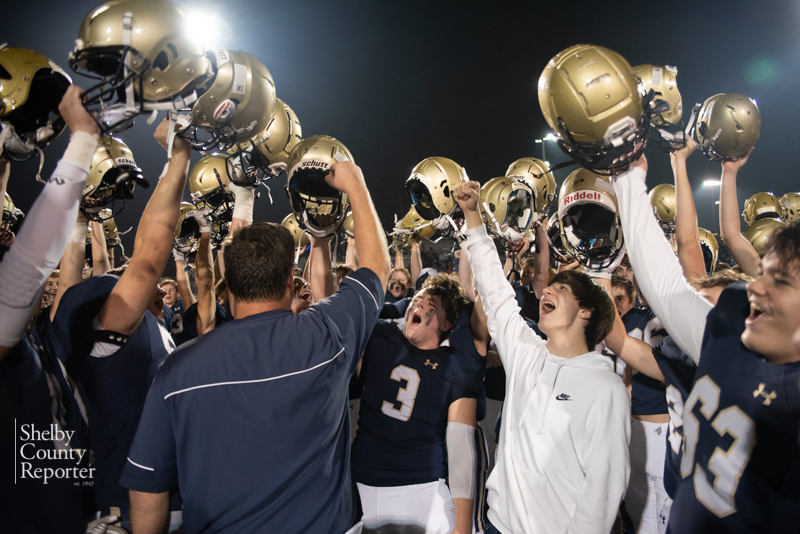 Briarwood will face a difficult schedule during the 2020 season thanks to moving up to Class 6A. (File)

There was a lot of unknown for the Briarwood Lions heading into the 2019 football season, as they had a new head coach for the first time in 30 years after the retirement of Fred Yancey.

But first-year head coach and former player Matthew Forester stepped in and passed the test with flying colors. He led the Lions to a 12-2 season in his first season, including a trip to the semifinals of the Class 5A playoffs where his team lost a tough 16-14 game to Pleasant Grove.

Now, the 2020 season will have a new set of challenges after it was announced during reclassification in December that the Lions will be competing in the 6A classification during the next two seasons.

That not only makes the test more challenging for Forester and his team, but it also creates an extremely challenging schedule, which the Lions released on Wednesday, Jan. 15.

It’s a schedule that features an extremely difficult region now, and also pits the Lions against one current 7A school and one former 7A school.

The schedule will then get interesting the next two weeks with county foes Spain Park and Chelsea on the agenda.

Up first, Briarwood will host Spain Park in its final game before region play on Friday, Aug. 28, which will mark a difficult matchup against a 7A level team.

The two teams have met twice before with Briarwood winning 20-10 in 2008 and the Jags getting revenge a year later with a 21-15 victory.

Following that, Briarwood will take on a familiar rival in Chelsea on Friday, Sept. 4, but it will be the first time the two are region foes after the Lions’ move up to Class 6A.

All-time, Briarwood is 22-9-1 against Chelsea, but the two teams are 3-3 against one another the last six years, with one of those wins for the Lions being a forfeit win last year.

Following that road test, the Lions will head home the next two weeks for region games against Woodlawn and Huffman on Friday, Sept. 11 and 18, respectively.

Briarwood has played Woodlawn the last four years in a row and has won all four games with ease. The Lions have never played Huffman.

That two-game region home stand will be followed by back-to-back road games, the first of which will be an out of region matchup when the Lions travel to Mortimer Joran on Friday, Sept. 25.

Briarwood has played the Blue Devils four times in school history, winning all four matchups between 2010 and 2017.

A week later, Briarwood will jump back into region play with a road test against Shades Valley on Friday, Oct. 2, marking the first time those two teams have played one another.

That will lead into what could be the most interesting game on the Lions’ schedule on Friday, Oct. 9. That’s when the Mountain Brook Spartans will come to town for a region matchup.

The last time those two played each other was 1992 and 1993 with the Spartans winning the first matchup and the Lions the second matchup. Perhaps the most interesting storyline from the game will be Mountain Brook’s move down from Class 7A and Briarwood’s move up from Class 5A, as the two teams were two classifications apart this past season.

Following that, Briarwood will get a week of rest before traveling to Homewood on Friday, Oct. 23, for one last difficult region test. The two teams have met 14 times with the Lions only winning four of those matchups.

Briarwood will then close the regular season on Friday, Oct. 30 with home game against Corner, who the Lions hold a 7-1 record against all-time.