Chelsea girls improve to 18-4 after win at Helena 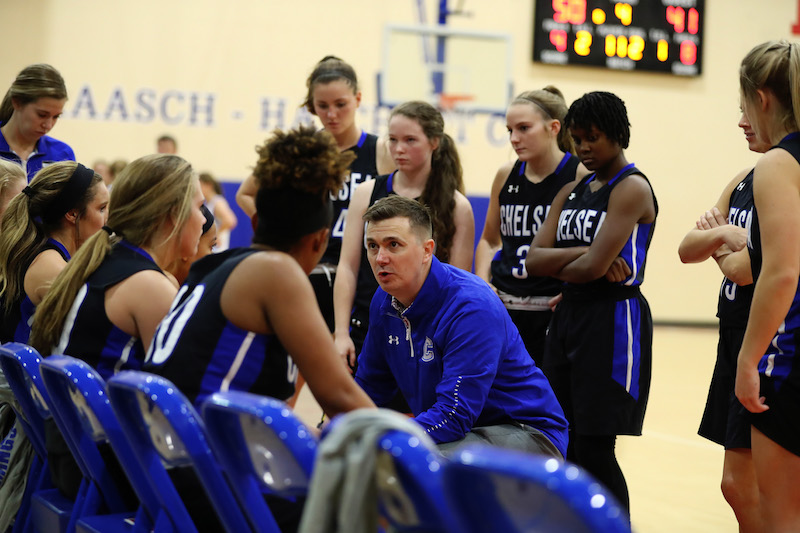 The Chelsea Hornets improved to 3-0 in area play with a win against Helena on Tuesday, Jan. 14. (File)

HELENA – The Chelsea Hornets took advantage of a 21-point opening quarter on Tuesday, Jan. 14, and never looked back as they went on to pick up a 51-39 area victory against rival Helena.

The two teams entered the game in a tie for first atop the region standings at 2-0, but Chelsea’s fast start, and in particular a fast start from Jordan Parker, was too much for the Huskies to overcome.

Parker came out and posted 12 points behind two 3-pointers and three other field goals in the opening quarter of the game, while the Hornets were also 3-3 from the free throw line.

But the biggest highlight for the Hornets in the opening period of play was the defensive effort. They came out and held a strong Helena team to one field goal and three points in the first quarter.

That alone allowed them to open up a comfortable 21-3 lead after one period of play, which put a lot of pressure on the Huskies the rest of the way.

Helena (10-11, 2-1), however, answered the call in the second quarter, and while they were forced to battle from behind the rest of the night, the Huskies continued to do so.

The offense quickly woke up in the second quarter when Montana Harris and Brooklyn Oden got back to their usual selves. Harris knocked down four field goals, while Oden hit two and was 3-4 from the free throw line to help the Huskies post 17 points in the period.

By limiting turnovers and being efficient on the offensive end, that helped keep Chelsea from easy baskets and helped out Helena’s defense as well.

The Hornets went from scoring 21 in the first quarter to nine in the second. But the positive was the free throw shooting, as the Hornets went 4-4 from the line, which helped the Huskies from getting any closer than 30-20.

But having climbed to within 10 points, Helena had gained some momentum and had a since of belief going into the break.

That helped the overall effort coming out of the locker room as well. The Huskies saw what their defense was capable of in the second quarter and it continued into the third period, as they held Chelsea to eight more points on just three made field goals.

With that determination, Helena was able to continue chipping away offensively. The Huskies went 4-5 from the free throw line in the third and got 11 combined points from three players to make the score 38-31 heading to the final period, which at least gave them a chance.

But in the final period, Helena couldn’t find enough offensive firepower, while Chelsea capitalized and closed the game out at the free throw line.

The Hornets hit seven of their 10 free throws in the final period to help close out the game, while Helena could only find eight total points. After only scoring a combined 17 the previous two quarters, Chelsea posted 13 alone in the fourth to close out the 51-39 victory.

Helena was led by 15 points from Harris, while Oden added 11.